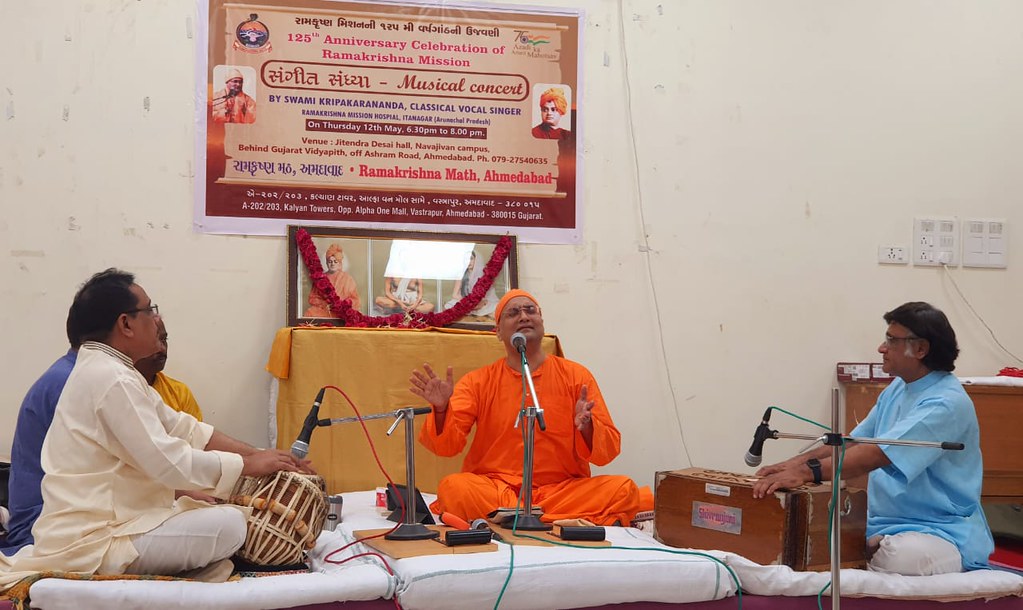 As part of celebrating the 125th foundation day of Ramakrishna Mission and the 75th year of Mother India’s Independence as Azadi Ka Amrit Mahotsav various programs were organized by Ramakrishna Math Ahmedabad, on Sunday, the 1 May 2022.

Special talks on Ramakrishna Missions Foundation Day were given by the monks. The program commenced just after the evening prayer with an opening song.