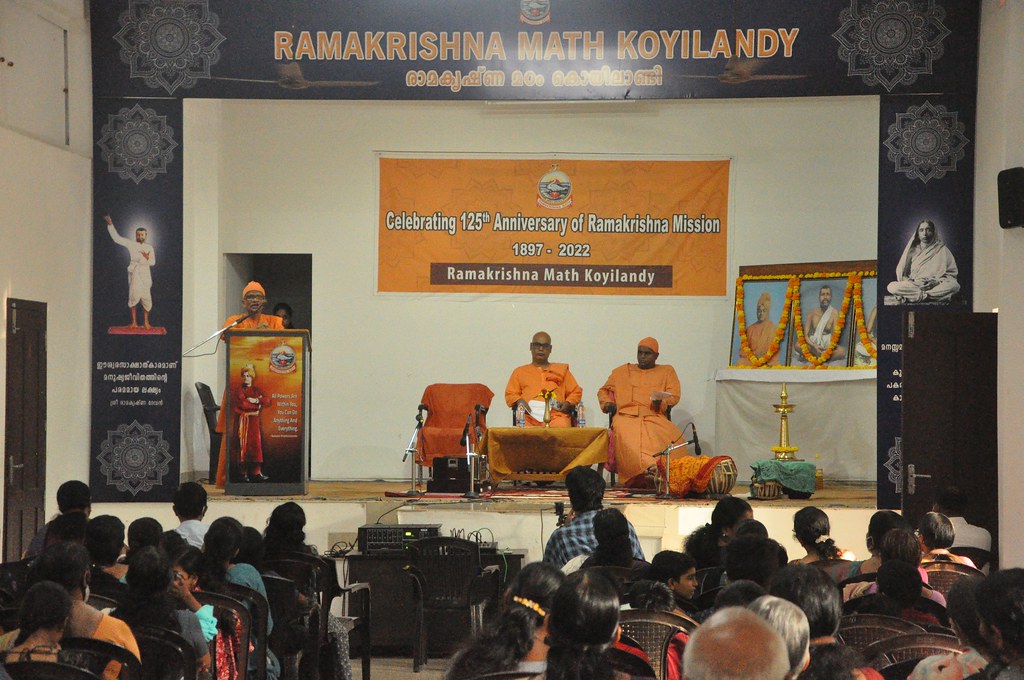 Koyilandy, 01 May 2022: Ramakrishna Math, Koyilandy organized a programme in commemoration of the 125th Anniversary of the foundation of the Ramakrishna Mission. The programme commenced with a prayer, an opening song and the lighting of the lamp. It was followed by the reading of the historical proceedings of the general meeting of the Ramakrishna Mission Association held on 1st and 5th May 1897, in the Malayalam language by Bijilesh, a volunteer of the Ashrama.  Swami Tatpurushanandaji Maharaj, Adhyaksha, Ramakrishna Math, Kayamkulam, Swami Nandatmajanandaji Maharaj, editor of Prabuddha Keralam, the monthly magazine, Thrissur, Miss Megha Das a teacher of GAP, and Mr Raman a devotee of Chennai Ramakrishna Math spoke about the significance and contribution of Ramakrishna Mission. The occasion was glorified by a Bhajan session performed by Smt. Vijayasree Raman, a devotee of Ramakrishna Mission, Chennai. The Temple and the adjacent areas were brightly illuminated and colourfully decorated. At the end of the function, we distributed food packets to around 100 devotees.

125th Anniversary Of The Foundation Of Ramakrishna Mission : Photos