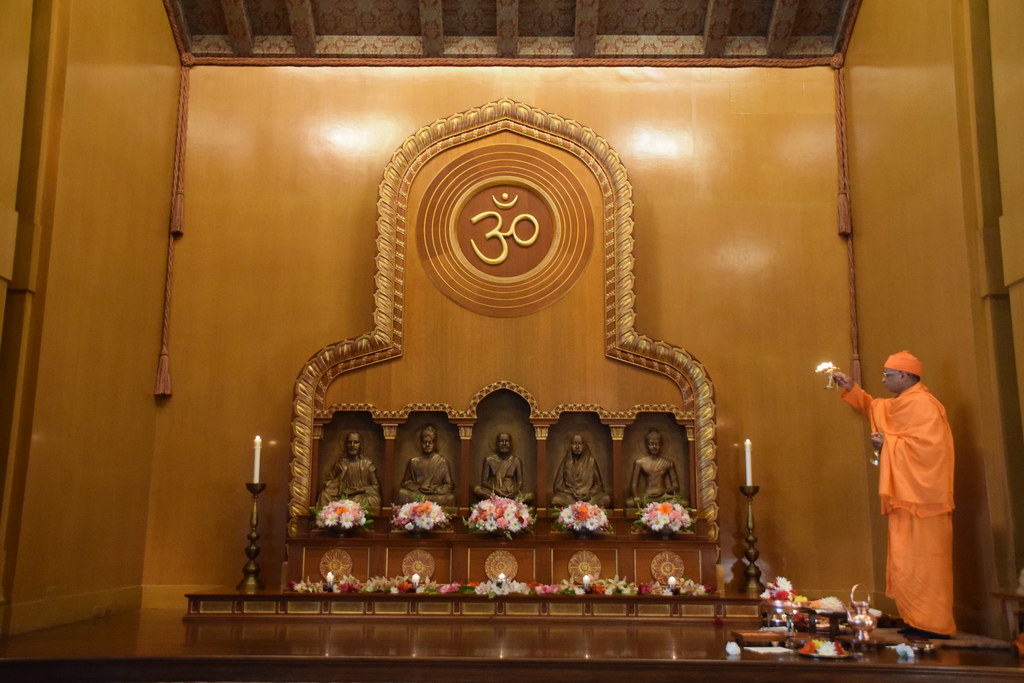 On Saturday, July 16, 2022, the Vedanta Society Northern California, San Francisco celebrated the 125th Anniversary of the Foundation of the Ramakrishna Mission at the New Temple, 2323 Vallejo Street, San Francisco.

The special guest was Swami Chetanananda, the minister of the Vedanta Society of St. Louis, Missouri. He spoke on the topic, “The Ramakrishna Mission: 125th Anniversary”. Swami Chetanananda recounted many incidents from the early years of the Ramakrishna Mission from its beginning in 1897 upon Swami Vivekananda’s return to India from his years of teaching in the United States and England.

In this way, Swami Chetanananda wove a beautiful word picture of those early formative years of this worldwide monastic order that, under Swami Vivekananda’s inspired guidance, has set itself the task to embody its leader’s vision: “For one’s own spiritual realization and for the welfare of all beings”.

The Vedanta center of San Francisco was also having the public celebration of Guru Purnima on the same day.

Guru Purnima, the day reserved for expressing gratitude and homage to the line of spiritual teachers, was celebrated in San Francisco on Saturday, July 16 with formal worship conducted by Swami Tattwamayananda, the Swami-in-charge of the Vedanta Society of Northern California.

In spite of the prevailing COVID restrictions, the programme attracted a large number of devotees from all over San Francisco and nearby areas.

Inauguration of the Home of Harmony: Chicago