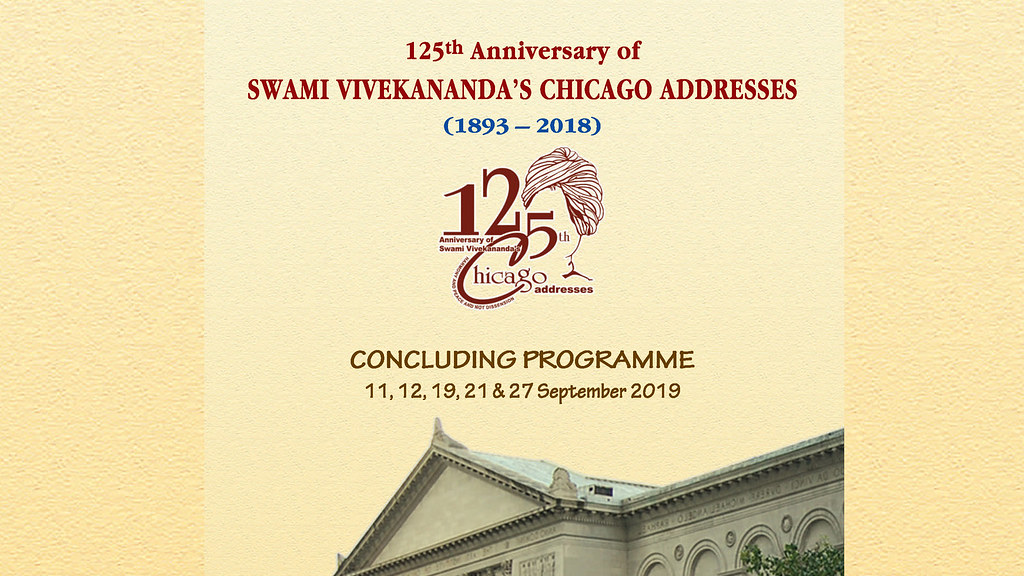 Both the programmes of 11 & 12 September will be live streamed on Youtube from Belur Math.

19 & 21 September 2019, Gol Park : The concluding programme will also comprise a public meeting on 19 September and a Sanskrit Seminar on Swami Vivekananda’s paper on Hinduism on 21 September, which will be held at Vivekananda Hall, Ramakrishna Mission Institute of Culture, Gol Park.

27 September 2019, Nazrul Mancha : On 27 September, a Youth Convention will be organized at Nazrul Mancha, Kolkata, for registered delegates only in the forenoon, which will be followed by a valedictory meeting in the evening at the same venue. Revered Swami Vagishanandaji, Revered Swami Gautamanandaji, Sri Pranab Mukherjee, Dr. Partha Chatterjee and Janab Firhad Hakim will grace the occasion on various days.

Details of the Concluding Programme 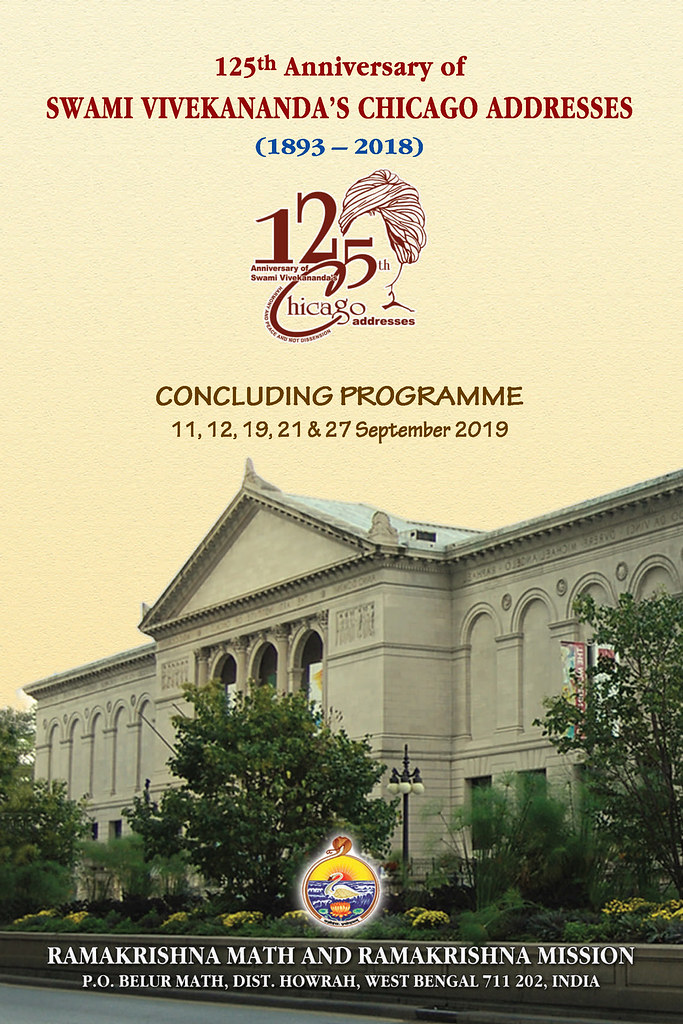 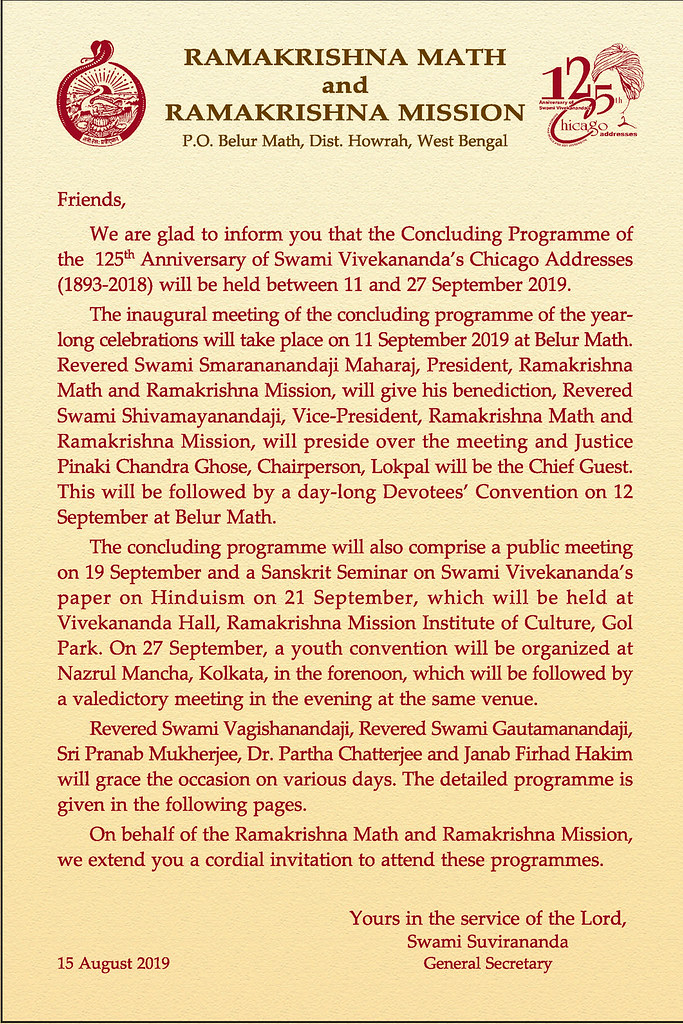 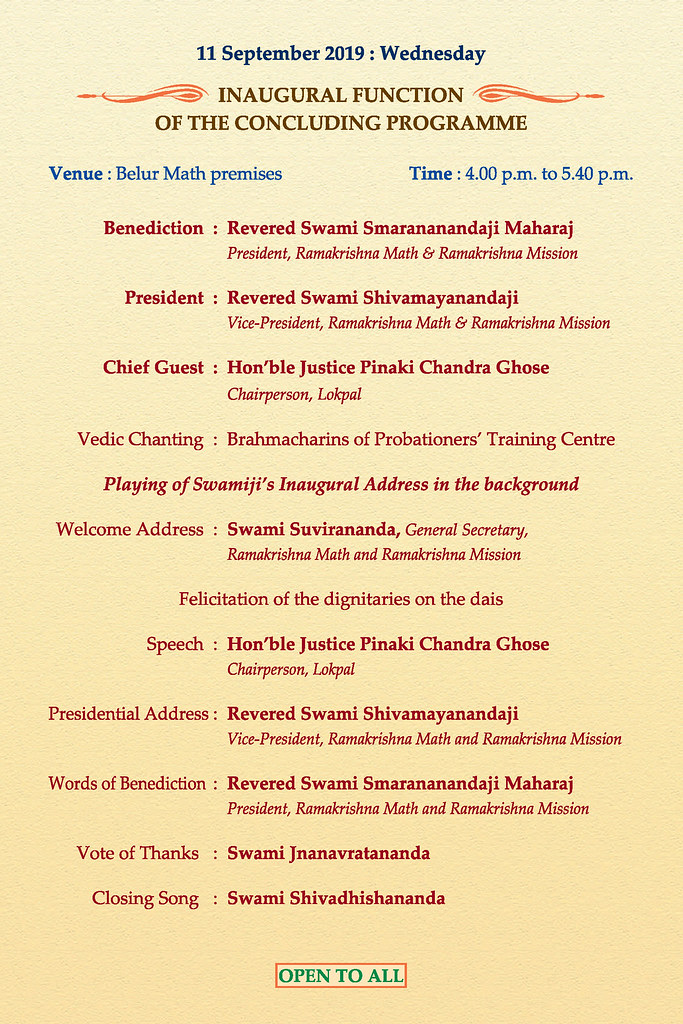 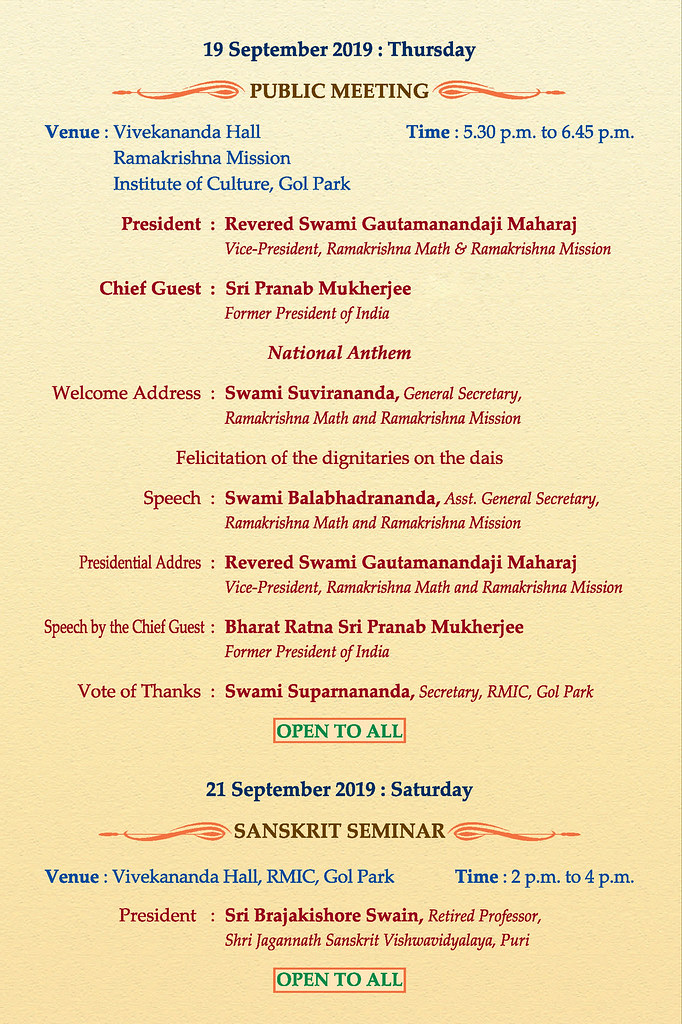 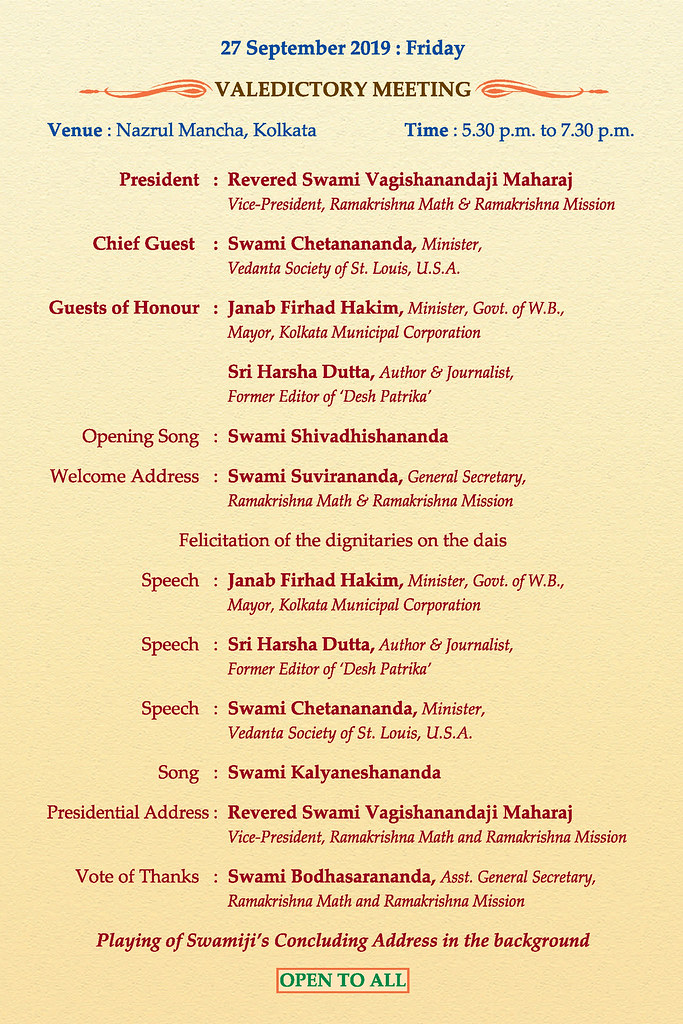 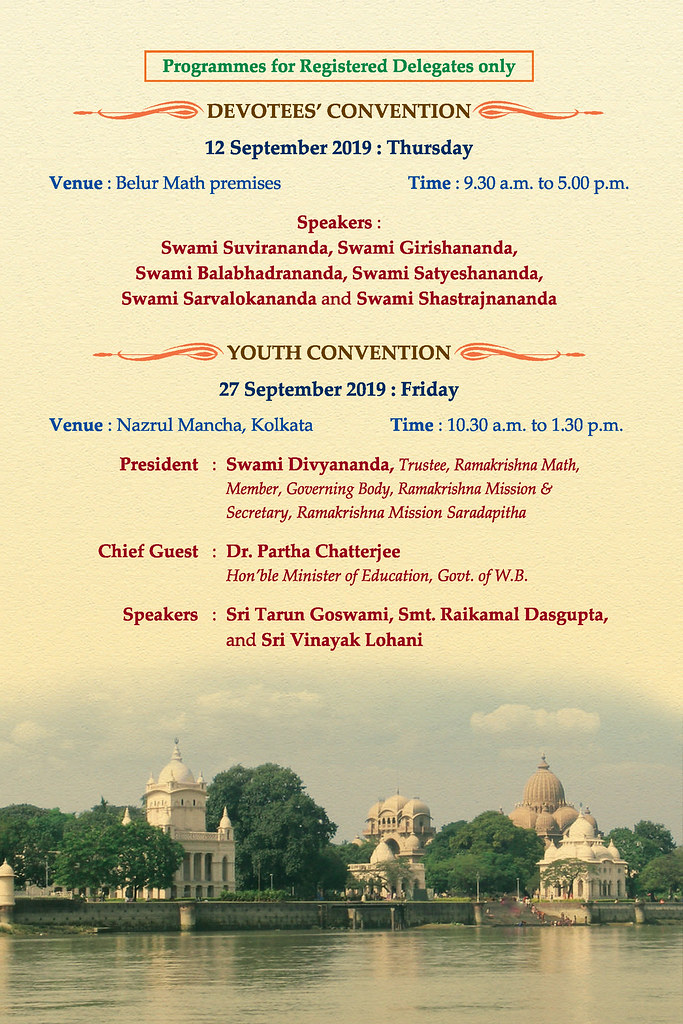