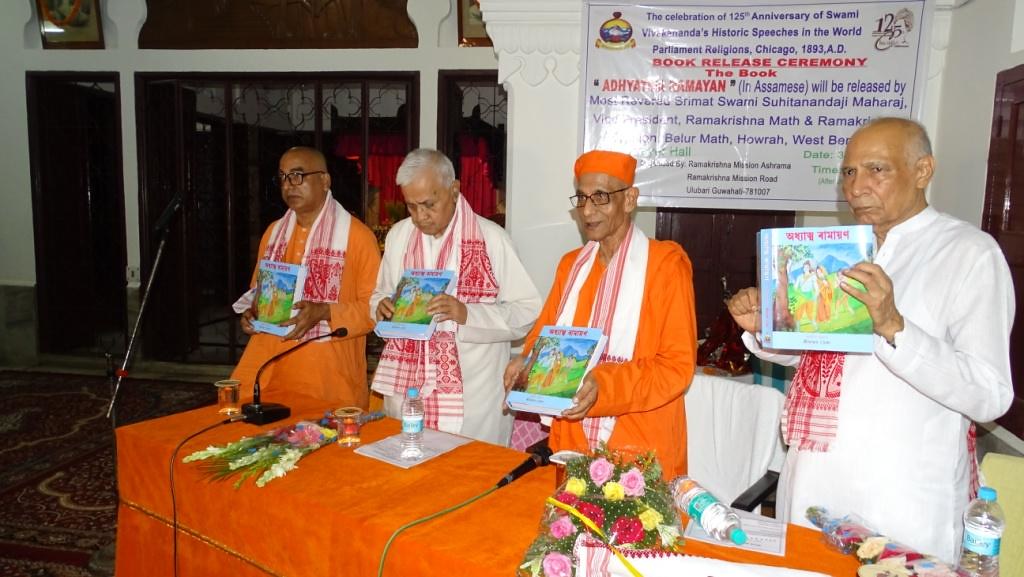 Ramakrishna Mission, Guwahati organized a devotees convention, held a book release function and conducted a welfare activity in commemoration of the 125th Anniversary of Swami Vivekananda’s Chicago Addresses, on 29, 30 June and 1 July 2019.

Swami Tadbodhananda, Secretary, Ramakrishna Mission, Dibrugarh and Swami Chandrakantananda presented their speeches on the relevance of Swamiji’s Chicago Addresses and the life and teachings of Swami Vivekananda in the context of the modern society. Devotional Songs were performed by Swami Divyalokananda.

Revered Suhitanandaji distributed school bags among the GAP Children. 2 Sewing Machines were distributed among the trained poor women as a part of welfare activities.