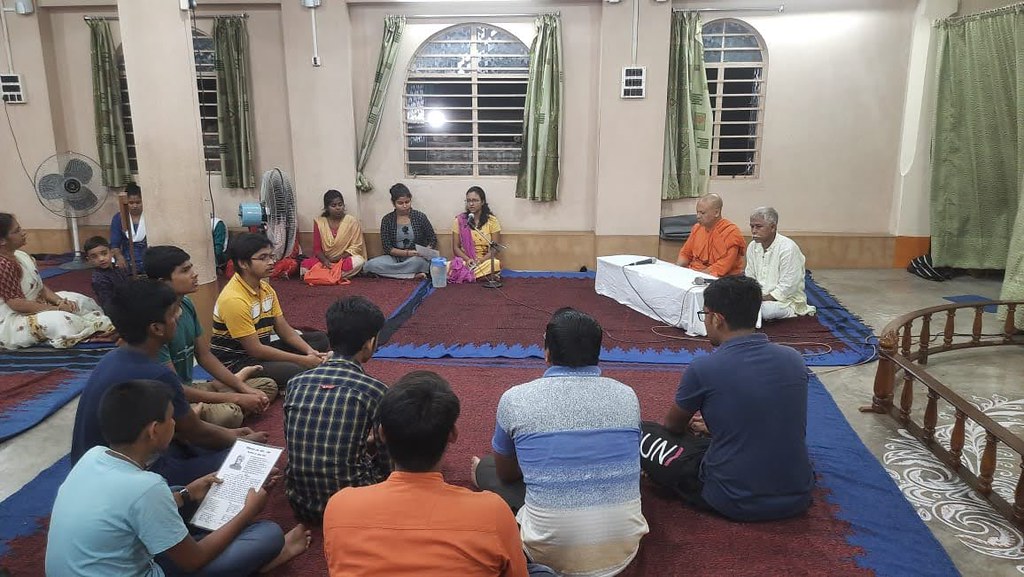 On the eve of the 129th Anniversary of Swami Vivekananda’s historic address at the World’s Parliament of Religions, Chicago on 11 Sept 1893, Ramakrishna Mission, Nabadwip organized a special programme. There were 60 participants including 35 youths. The study circle started with singing the song “Murtamaheshwara…” which was followed by reading a selected text related to Swamiji’s Chicago address from the book “Chicago Vaktrita”. The youth of the study circle and several others expressed their thoughts based on the text. Swami Amareshwarananda narrated the episode of how Swamiji gathered the courage to represent his beloved Motherland. Sri Dipak Saha, Member of the Managing Committee, presided over the programme and said that India was rejuvenated by Swamiji’s voice on this historic day. It was then followed by meditation for 5 mins, chanting the Swadesh Mantra of Swami Vivekananda and a closing song.