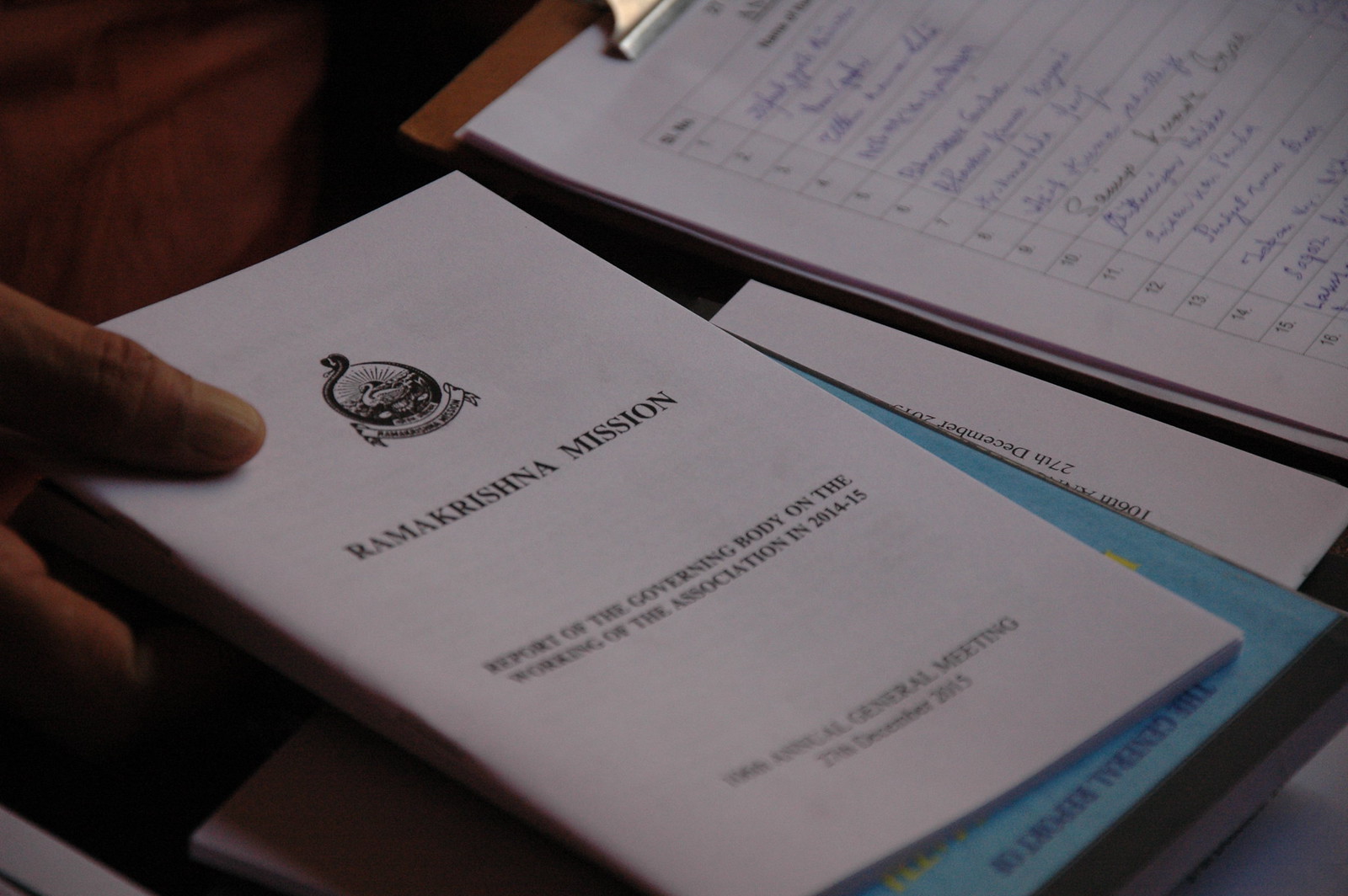 Swami Atmasthanandaji, President, Ramakrishna Math & Ramakrishna Mission, continues to be at Seva Pratishthan, Kolkata.  There is no significant change in his health condition.

Swami Smarananandaji, Vice-President, is scheduled to visit Kankurgachhi and Baghbazar centres from 4 to 23 January.  He is keeping well at Belur Math.

Swami Vagishanandaji, Vice-President, will be visiting Antpur from 13 to 19 January, and Mumbai from 23 to 29 January.  Now at Cossipore Math, he is in good health.

Swami Prabhanandaji, Vice-President, is scheduled to visit Baranagar Mission Ashrama from 2 to 5 January, and Gol Park and Mumbai centres from 13 to 24 January.  He is keeping well at Belur Math.

Email IDs: The following centres have got new email ids shown against their names:

The newly refurbished 20-bed ICU at Seva Pratishthan, Kolkata, for non-cardiac patients was inaugurated on 20 November.

As a part of the yearlong programme to mark the centenary of Prabuddhakeralam, the Malayalam monthly brought out by Thrissur centre, a meeting of monks was held on 12 December.  About 35 monks belonging to different religious orders attended it.

Salem Ashrama conducted two values education programmes at two colleges in Salem district from 17 to 22 December.  In all, 555 students attended the programmes.

On 20 December, Rajahmundry centre conducted a free medical camp at Rampachodavaram, a place mostly inhabited by tribal people.  A team of fifteen doctors, including a few specialists, treated 606 patients in the camp.

Medinipur centre conducted a free medical camp on the premises of a school in a backward area under Narayangarh block in Paschim Medinipur district, on 24 December.  Thirteen doctors, including two pediatricians, one gynecologist and one dentist, treated 658 patients.  In all, 129 patients underwent ECG and blood sugar tests.

The newly constructed extension to the dispensary building at Kozhikode (Calicut) centre was inaugurated on 25th December.

A visually challenged student of Swami Shivananda Higher Secondary School of Coimbatore Vidyalaya secured National Award for the Empowerment of Persons with Disabilities – 2015 from the Ministry of Social Justice and Empowerment, Government of India, for his outstanding performance as a creative child with disabilities.  Sri Arun Jaitley, Union Finance Minister, presented the award comprising a certificate, a medal and a cash prize of fifty thousand rupees on 3 December, International Disability Day.

A student of Bhubaneswar High School won an award in the national-level essay competition conducted last year by Tata Building India, New Delhi.  The award, comprising a certificate, a camera and a laptop, was handed over to him in a function held at Delhi on 4 December.

Students of the Gadadhar Abhyudaya Prakalpa unit being run by Darjeeling centre won 2 gold medals, 2 silver medals and 11 bronze medals in different categories in the District Taekwondo (a Korean martial art) Championship held by Darjeeling Police on 12 and 13 December.

Three students of the Boys’ & Girls’ Higher Secondary Schools of Chengalpattu centre who had excelled in a national-level recitation competition on Thirukkural (a Tamil classic composed by Thiruvalluvar) participated in the Thirukkural in Parliament event held at the Parliament House, New Delhi, on 17 December.  Each of them was awarded a memento, a medal and a certificate; the schools were also given mementos.  The competition was organized by Students and Youth for Thiruvalluvar.

The following centres conducted Eye Care Programmes, details of which are given below:

Swami Suhitanandaji, General Secretary, Ramakrishna Math and Ramakrishna Mission, inaugurated the Ramakrishna-Vivekananda Bhava Prasar Samsad in a function held at Dhaka centre on 4 December.  The Samsad will function in Bangladesh on the same lines as the Bhava Prachar Parishad in India.