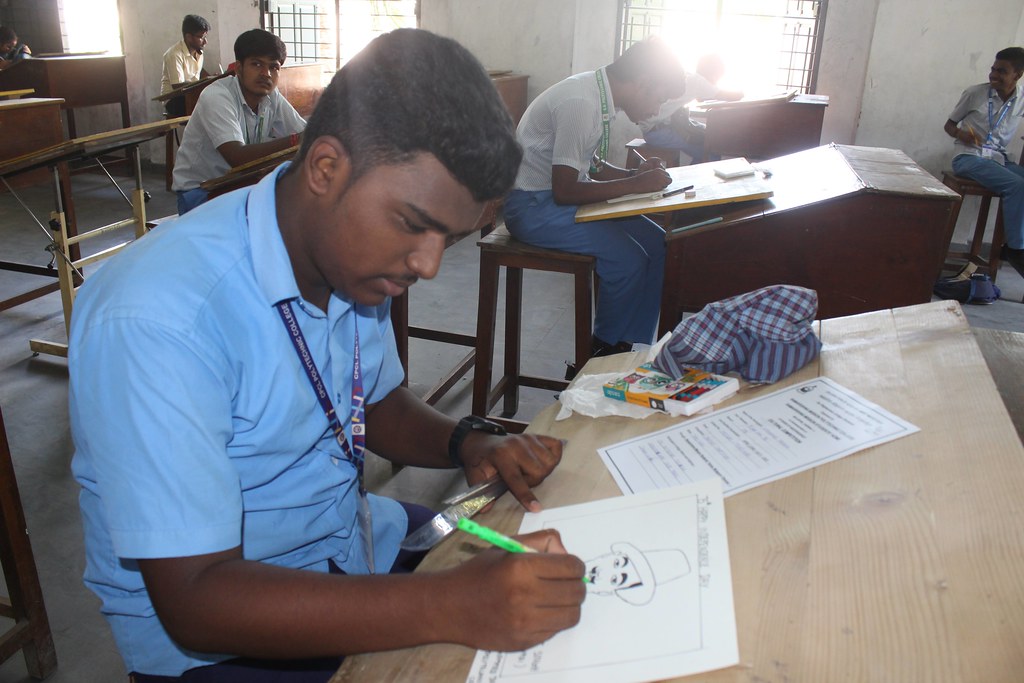 In commemoration of the 75th year of India’s independence Ramakrishna Mission Students’ Home, Chennai conducted literary and cultural competitions at the centres’ High School & Polytechnic College, on 29 July 2022 and 10 August 2022.

On 29 July 2022, Ramakrishna Mission Residential High School conducted a Youth Program in the morning session. About 130 students from 15 different schools participated in Essay Writing, Elocution and Yogasana competitions. The prizes to the top 5 speakers were given on 15 August 2022.

Mr Sathyakumar, LLB, Advocate, High Court of Madras, was the Chief Guest. He spoke about the role of the Ramakrishna Mission in today’s world and in shaping the Youth of India. Mr A. Om Prakash, MBA, LLB, Advocate, Orator and Motivational Speaker, another Guest of Honour, spoke about Swamiji’s ideas on Character building and Nation building. Swami Hitakamananda Maharaj, Secretary, Ramakrishna Mission Shillong, spoke on the importance of Values, Culture and Religion in unifying India.

Swami Suprajnananda Maharaj, Ramakrishna Math, Chennai, was the Chief Guest and he gave the valedictory address on Swamiji and the Freedom Movement. He also distributed prizes for the top 5 participants. All the participants were presented with “Participation Certificates”.

Cultural programs were staged in our Vivekananda Auditorium by our students.