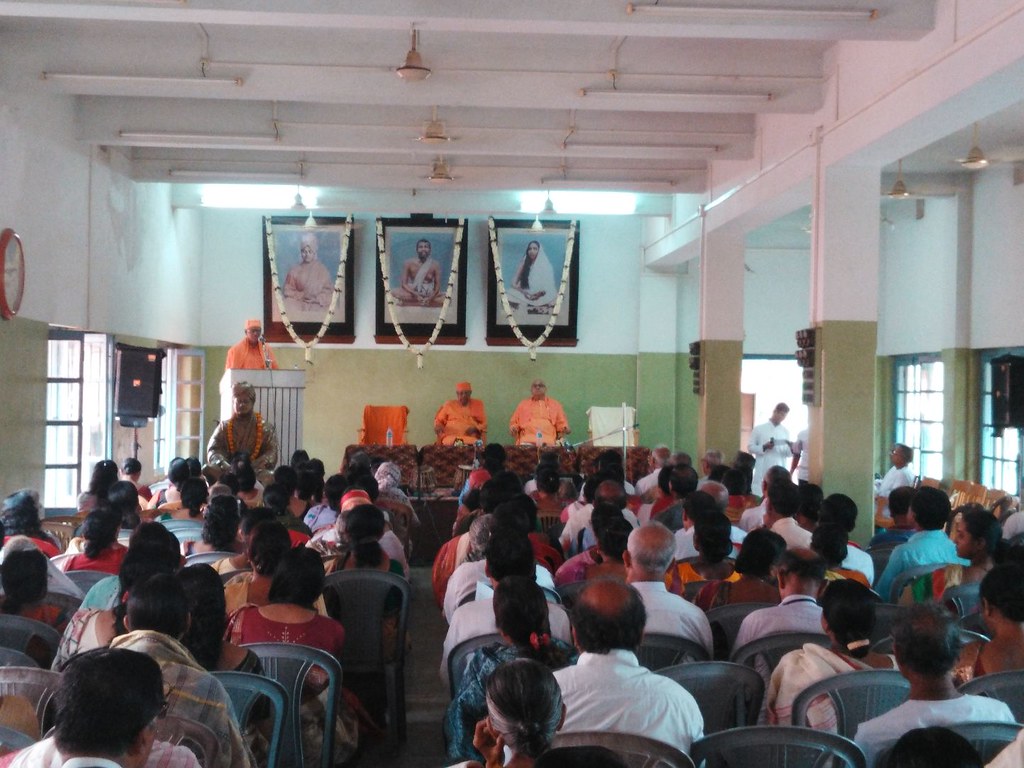 On 2 September, the convention started with the chanting of Vedic Mantras and Song by Swami Aliptananda. Sri Sumahan Adhikari sang the opening song. There was reading from the Gospel of Sri Sri Ramakrishna. Swami Haridevananda talks about the teachings of Sri Sri Thakur and Sri Sri Ma to the devotees. After meditation session and tea-break, Swami Swatantrananda talks about the personality of Sri Sri Ma. After the reading from the Gospel of Holy Mother, Swami Vinishchayananda delivered speech on Sri Ramakrishna with the Devotees. In the evening session, Swami Prarthanananda spoke on Swami Vivekananda’s contribution to the Ramakrishna Movement. Swami Mahatapananda and Sri Soumyakanti Ghosh arranged a programme through songs and recitations, on the history of the Ramakrishna Movement. There was Ramanam Sankirtan after evening Aratrikam.

On 3 September, apart from Vedic Chanting, Bhajan and Meditation, Swami Aliptananda spoke on Naradiya Bhakti Sutras, Swami Swatantrananda on the Motherly affection of Sri Ramakrishna, and Swami Nirmohananda on the objectives of Bhakta Sammelan. There was question-answer session after the speeches. The Convention ended with the closing song by Sri Jayanta Bera.