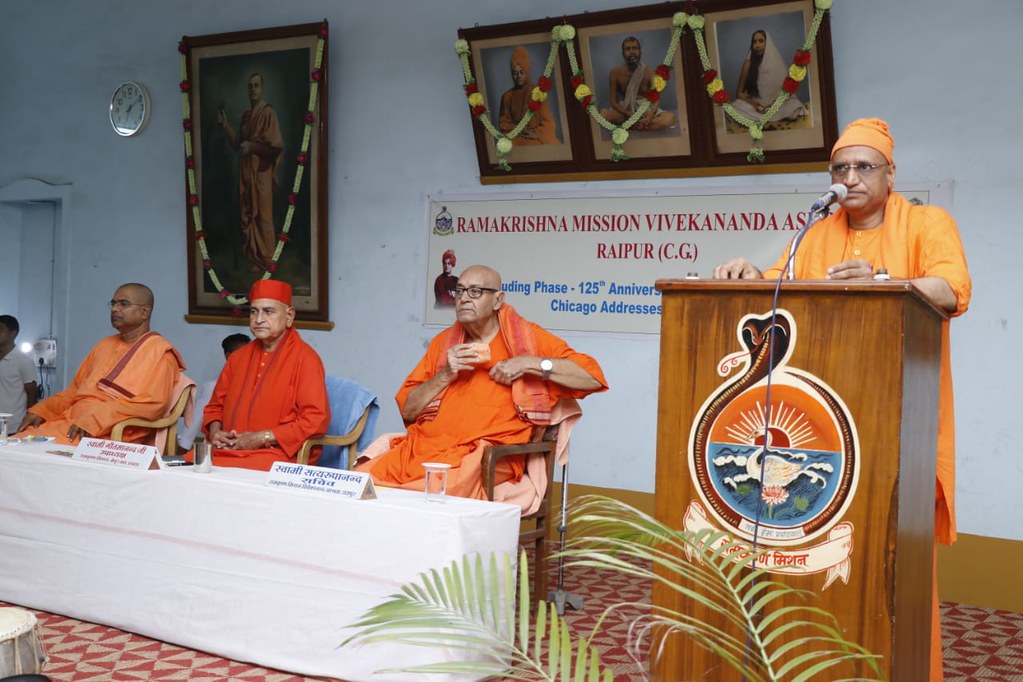 In commemoration of the 125th Anniversary of Swami Vivekananda’s Chicago Addresses, a series of lectures was organized by Ramakrishna Mission Vivekananda Ashrama, Raipur, on 3 Sep 2019. Srimat Swami Gautamananda ji was the chief guest of the function. He spoke on the Success of Swami Vivekananda’s lectures delivered during the parliament of religions in Chicago and what is the historical importance of that event.

Swami Vyaptananda, Secretary, Ramakrishna Mission Ashrama Narainpur spoke on the purpose of Swami Vivekananda’s attending the parliament of religions in Chicago. He explained the motivation behind Swamiji when he stood on the dais for delivering his first lectures in Chicago.

Swami Satyarupananda ji presided as the president of the function. He concluded the function and told that the goal of life is Atmanam Viddhi. He explained, how we can utilize the literature of Swami Vivekananda for the better spiritual life. Swami Prapattyananda gave the Vote of  Thanks.

Almost 300 devotees were present in the function.