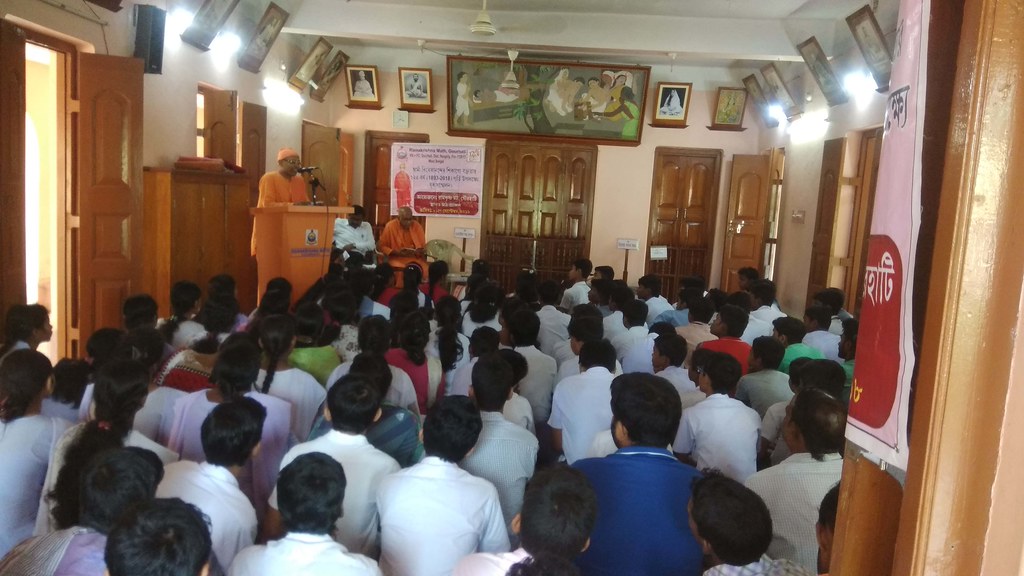 A Youth Convention as part of the concluding programme of 125th Anniversary of Swami Vivekananda’s Chicago Addresses was organized by Ramakrishna Math, Gourhati on 21 Sep 2019.

The function with chanting of Vedic Hymns by the monks of the math which was followed by a song, ‘utho go bharat laxmi…’ sung by youths of Thakuranichak Swami Vivekananda Study Centre.