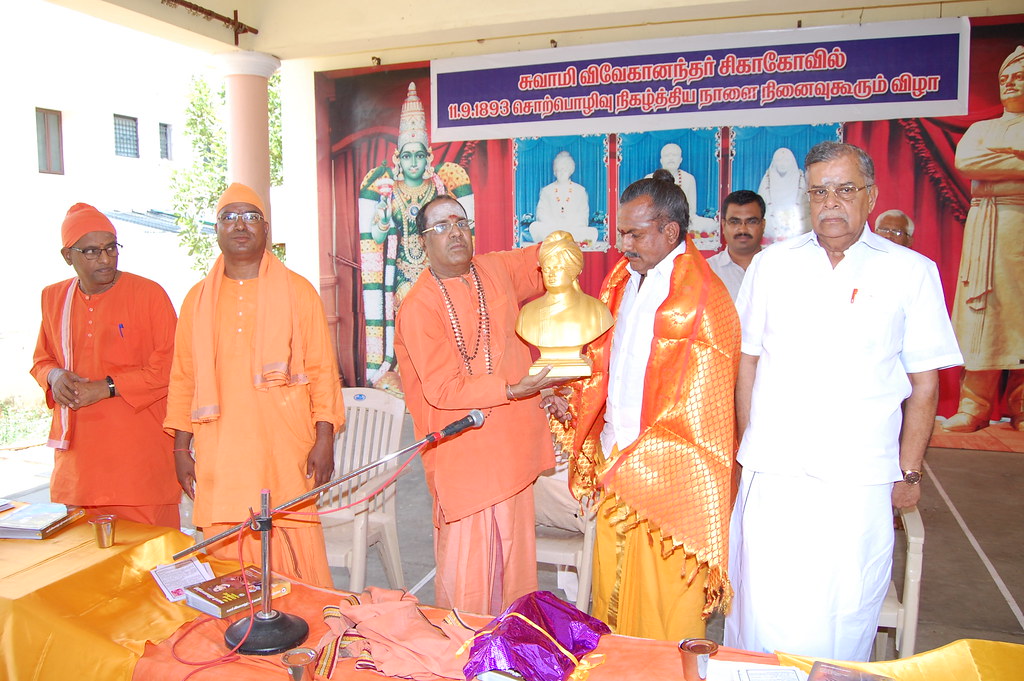 The Concluding program of the 125th Anniversary of Swami Vivekananda’s Chicago Addresses was conducted on 11 Sept 2019 in Madurai Math Sarada Vidyalaya School campus. 900 College and School students, the general public and staff participated in the programme.

Sri L. Ganesan spoke about the importance of the messages of Swami Vivekananda and its relevance to the modern youth. Swami Tatprabhananda, Madurai Math, Swami Harivratananda, Coimbatore Mission also spoke on the occasion.

A small booklet, especially written (in Tamil) for this occasion, Swami Vivekananda’s appearance in the World’s Parliament of Religions at Chicago by Swami Kamalatmananda, was distributed to all the participants.