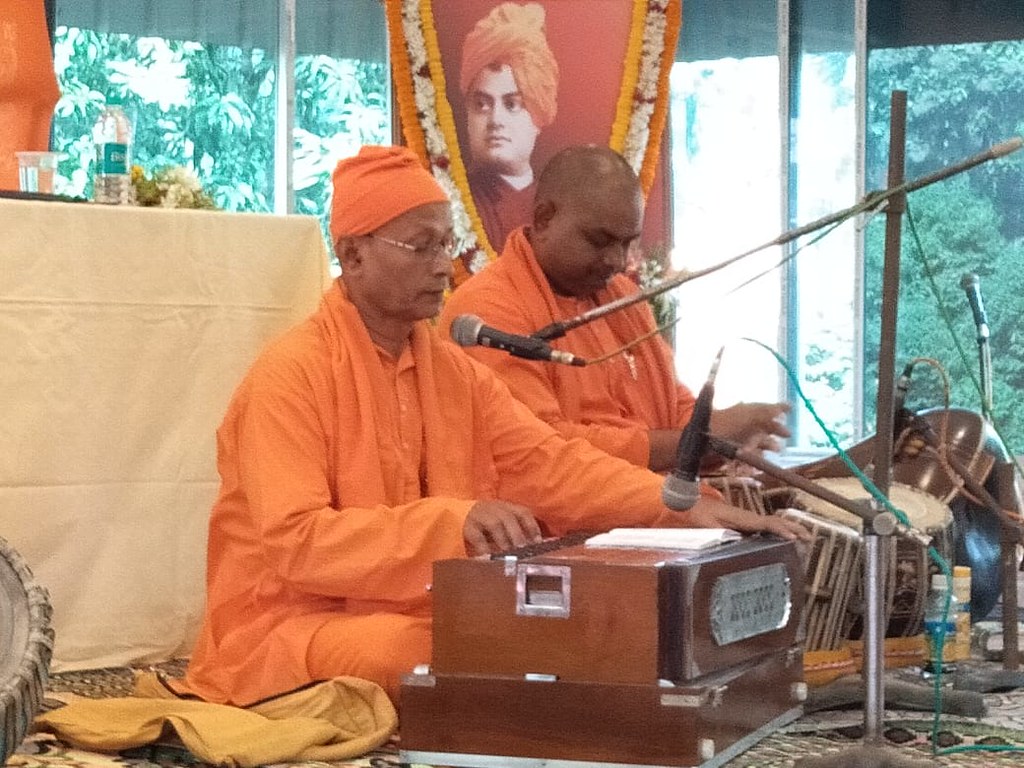 Ramakrishna Math, Bamunmura organized a Devotees’ Convention on Sunday, 24 November 2019 to celebrate the Concluding Programme of the 125th Anniversary of Swami Vivekananda’s Chicago Addresses. Swami Devarajanandaji presided over the function, Swami Vishwanathanandaji was the Chief Guest and Swami Ekavratanandaji was the Special Guest.

The Programme commenced with the lighting of the lamp by the Swamijis on the dais and was followed by Prayer & Vedic Chanting. 365 Devotees attended the programme.

The Opening Song was sung by Prof. Dr. Dilip Naha. Shri Tripti Kumar Banerjee then read out from Selected Speeches delivered by Swamiji in the Parliament of Religions at Chicago. Swami Durgatmanandaji presented the welcome address. Swami Ekavratanandaji read out from Sri Ramakrishna Kathamrita and sang Devotional Songs. In his address as the Chief Guest Swami Vishwanathanandaji stressed on the need of following the life and teachings of the Holy Trio. Swami Devarajanandaji spoke on the reason behind the observance of  125th Anniversary of Swami Vivekananda’s Chicago Addresses.

A Special Souvenir named Tapovana was released by Swami Vishwanathanandaji. The closing song was sung by Swami Devatattwanandaji.