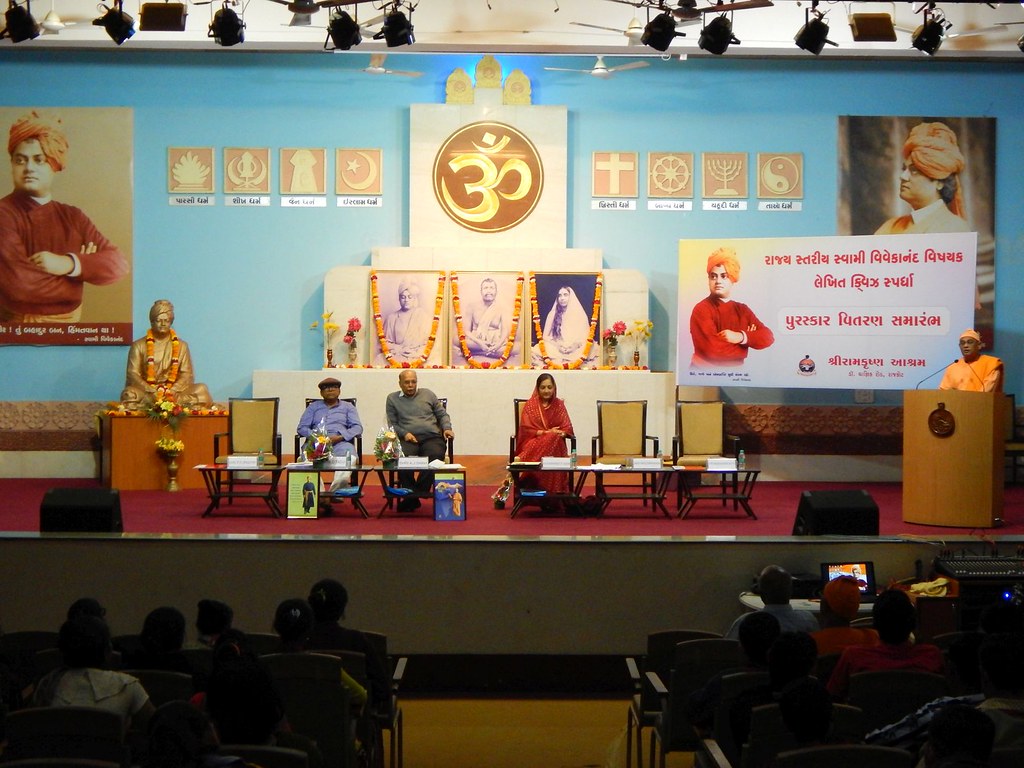 88,519 students of 986 schools of 9th to 12th standard participated in the State level written Quiz Competition on Swami Vivekananda organised by Shri Ramakrishna Ashrama, Rajkot as a part of ongoing efforts of spreading the message of Swami Vivekananda of mana-making, character-building education.

A function was organised to felicitate 3 state-level toppers and three toppers of 34 districts of Gujarat state on 9 February 2010. Shri A. J. Shah, Chairman, Gujarat Secondary and Higher Secondary Board and Smt. Alaukikaraje, Queen of Jasdan addressed the students and distributed the prizes.

All the principals of the schools who had motivated more than 200 students to participate in the competition were also felicitated.

Summer Camp for children: Rajkot, May 2022