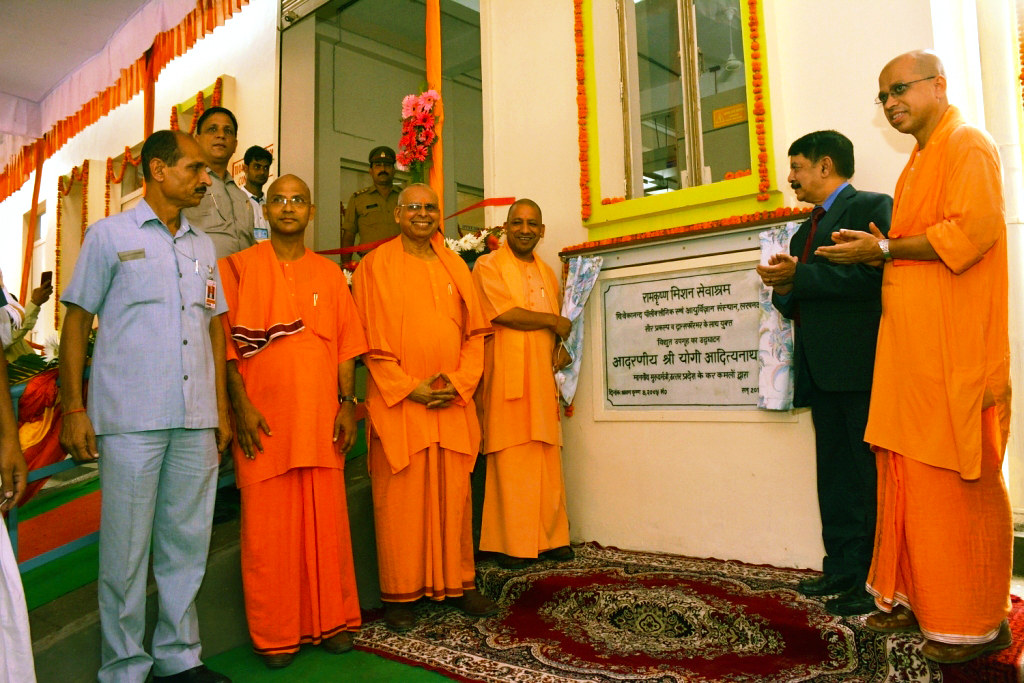 After the lighting of the lamp amidst Vedic innovation by the monks and brahmacharins, Swami Muktinathanada the head of the Centre said in his welcome address that Vivekananda Polyclinic & Institute of Medical Sciences, Lucknow is the only Non-government chartable medical Institute of Uttar Pradesh having been accredited by NABH and the hospital is providing quality medical care at least affordable cost. Incidentally, this is also the only tertiary care super-speciality hospital of the state where modern allopathic treatment is being provided hand in hand with 8 types of alternative therapies viz. Ayurveda, Yoga & Naturopathy, Unani, Homeopathy etc. as prescribed by the Ministry of Ayush.

In order to save the consumption of our electric power and mitigate the environmental pollution the new 500 KW Solar Plant has been installed under the guide lines of MNRE/UP NEDA resulting in substantial reduction in the electrical expenditure.

Dr. (Brig.) T. Prabhakar (Retd.) the Director of the Institute narrated how the mission with its humble beginning as early on 1925 gradually has grown into a huge Institute offering quality medicare at lowest possible cost for the poor and common people of Lucknow and surrounding areas as for as Nepal.

The Hon’ble Chief Minister in his inaugural speech appreciated the commendable effort of the Ramakrishna Mission throughout the country in the field of education, health and other sectors as per the philosophy of Swami Vivekananda to serve the human being is to serve God.

Dr. Nitya Anand, President of Managing Committee of Ramakrishna Mission Sevashrama, Lucknow profusely thanked the Chief Minister for his very positive approach on the basis of spiritual background of our national culture.

Devotional songs were presented by Br. Anadichaitaynya in Tabla accompaniment by Swami Giteshananda before and after the programme. Prasad was distributed to all the guests and devotees.