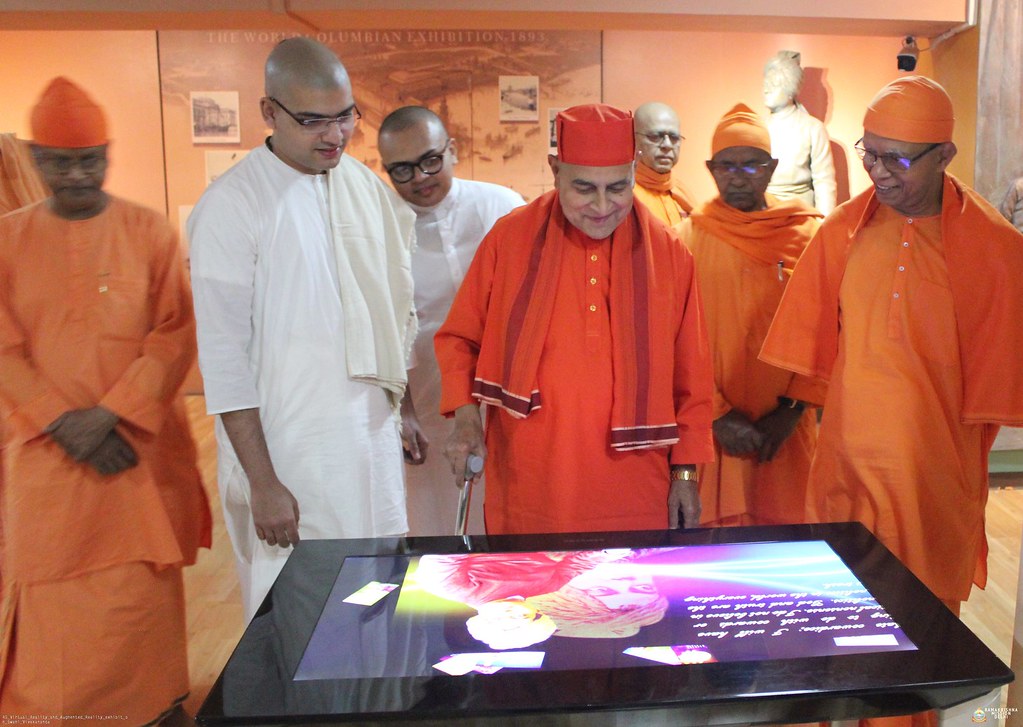 In the AR (Augmented Reality) experience the onlooker asks a question to Swami Vivekananda and Swamiji replies.

Both the experiences were created by C.S.S. Bharathy, a stereoscopic animation expert who had also created the 3D show on Swami Vivekananda’s Chicago appearance at both Chennai Math and Delhi Mission earlier.

Laying of Foundation Stone at Gurugram