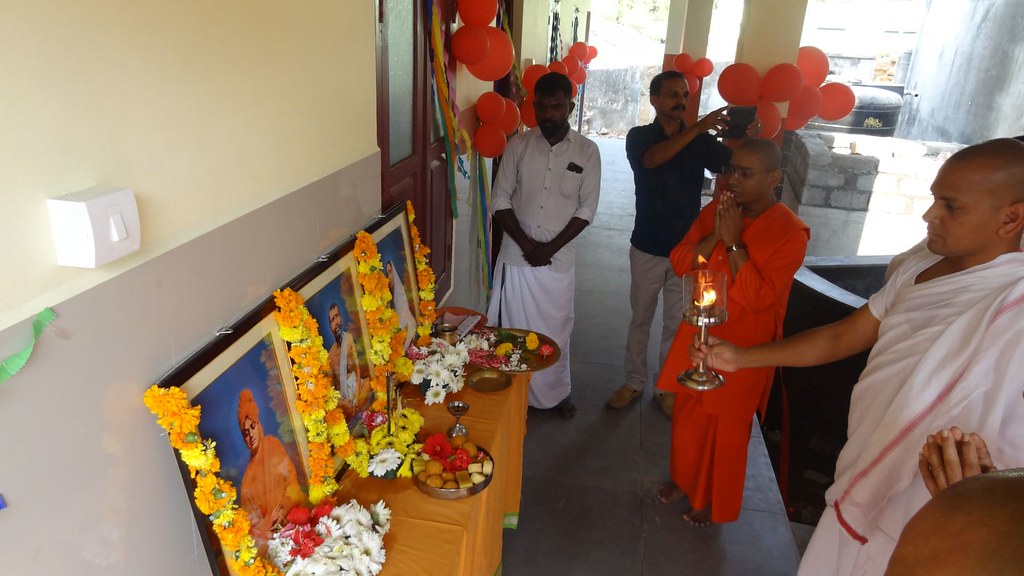 The Mid-day meal kitchen of Brahmanandodayam Schools is an old structure that was further damaged by the recent floods in Kerala. The Education Department and Food Inspector had been insisting on repairing the same. Accordingly, the building was renovated with provisions for cooking using gas fuel and other modern facilities. There are three large rooms separately for the LP, UP and HS sections.

The renovated building was inaugurated on 25 Feb 2020 by Swami Akshayatmananda, Sri Ramakrishna Advaita Ashrama, Kalady, amidst chanting of Vedic mantra by the monks of the Ashrama. Arati was performed to Sri Ramakrishna, Ma Sarada Devi, and Swami Vivekananda. Each room of the kitchen was opened for work by Swami Srividyananda, Swami Harirupananda & Swami Ishananda. The kitchen is named after Holy Mother, Sree Sarada Pachakasala.

Early in the morning, the teachers conducted Homa at the site. At 11.30 am, Swami Srividyananda, Adhyaksha, inaugurated the cooking in the renovated kitchen where the teachers prepared palpayasam (milk-payasam) and distributed it to the students and the monks of the Ashrama.

Distribution of butter milk at Batticaloa