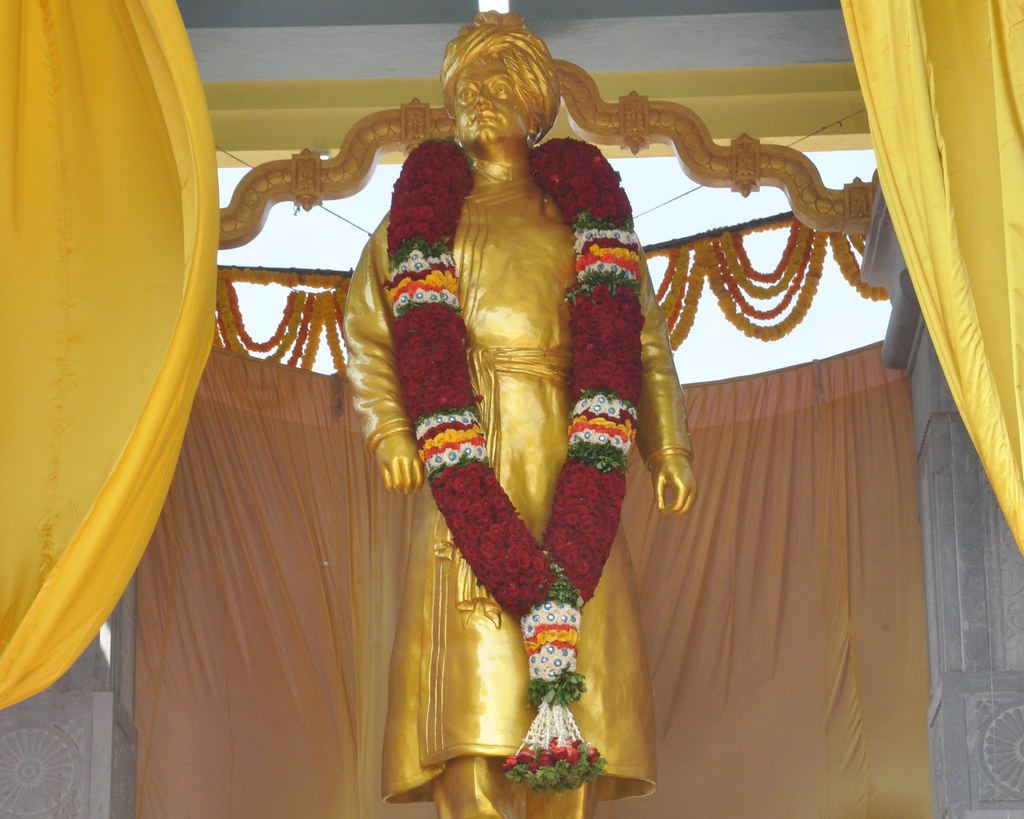 Inauguration of Swami Vivekananda Memorial Park under the auspices of South Western Railways & Ramakrishna Math, Halasuru, Bengaluru. An impressive Bronze Statue of Swami Vivekananda measuring 12.4-Foot-Tall, housed in a beautiful Mantapam, within the said park of 130ft X 65ft size, was unveiled on 26 October 2020, at the Krantivira Sangolli Rayanna Bengaluru City Railway station premises, The Statue lies within the plain sight of thousands of by-passers & passengers visiting KSR Bengaluru City Railway Station, Kempe Gowda Metro Station & City Main Bus stand. It was a historic event and a moment of great National Pride. The statue is a monument in commemoration of Swami Vivekananda’s Historic visit to Bengaluru in November 1892 and His Historic address at the Parliament of World Religions, Chicago, U.S.A in September 1893.

The significance lies in the fact that Swami Vivekananda Memorial Park is in the vicinity very close to Tulasi Thota, where Swamiji had walked & lived, when he visited Bengaluru in November 1892, as an itinerant Monk, while traversing the length & breadth of India. In the Tulasi Thota Swamiji was living in a Charitable Choultry by name Kalappa Dharma Chhatra. Next to it was the house of a Jeweller by name Sugappa, who had placed a stone Bench, beside a wall. Swamiji was frequently found sitting on that Stone Bench and speaking to visitors. Currently, the stone bench is a precious procession acquired and housed in a Beautiful Mantapam by the Basavanagudi Ramakrishna Math, in its premises at Bengaluru.