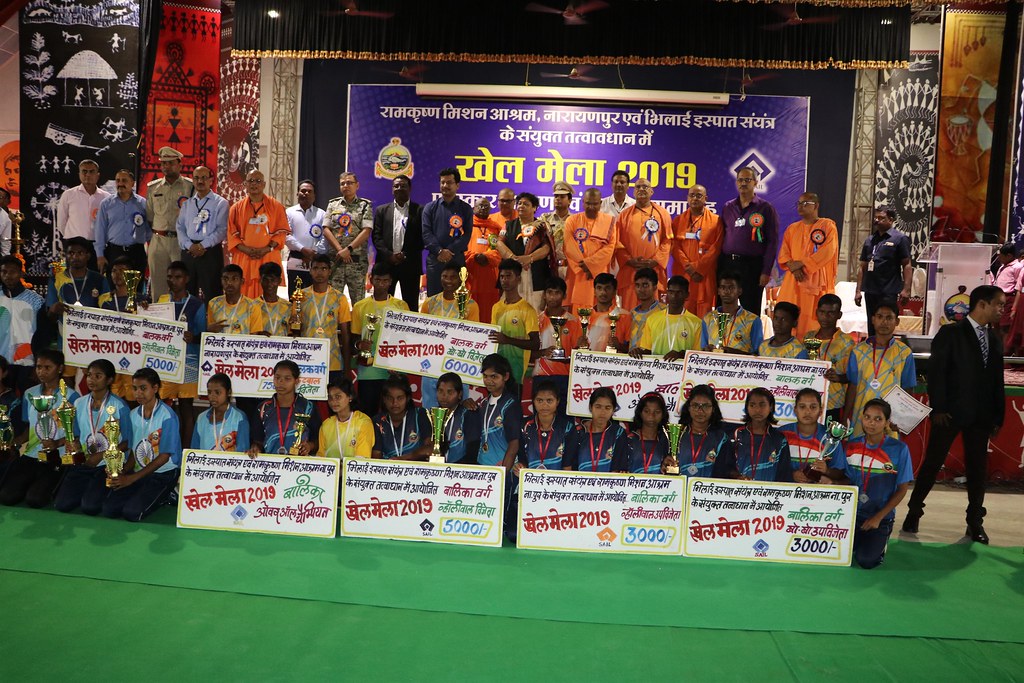 Ms. Anusuiya Uikey, Honorable Governor of Chhattisgarh was the chief guest of the Closing Ceremony.

In this SAIL KHEL MELA 2019, the Ashrama school was the  Overall Champion in both the girls and boys sections.