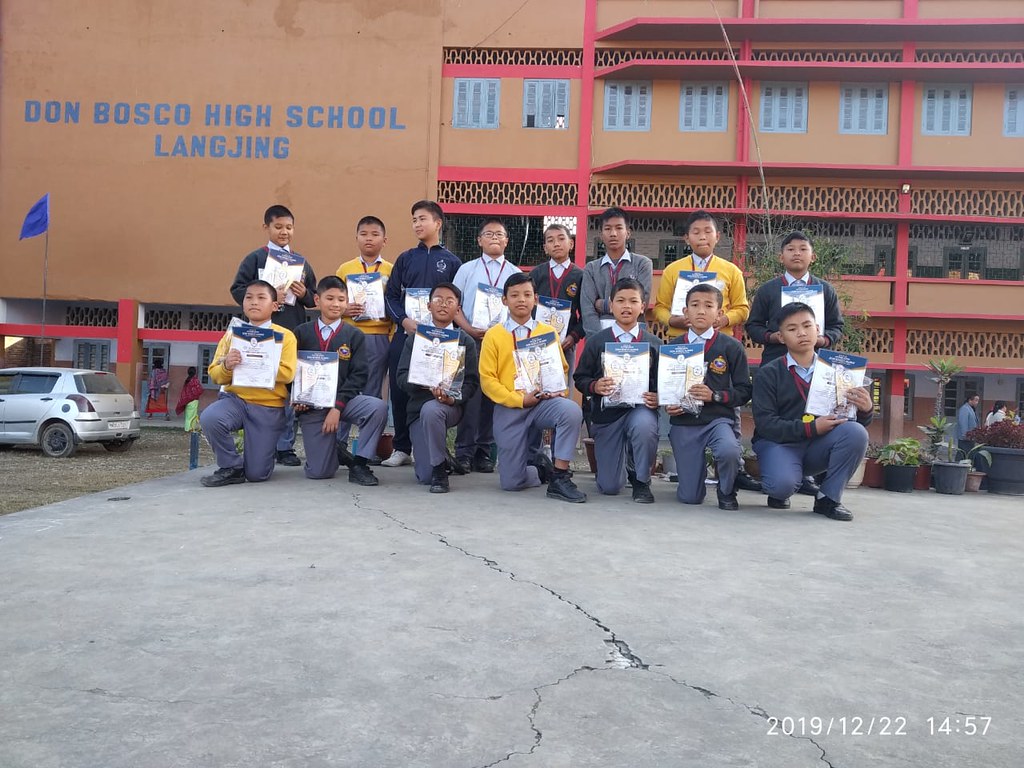 The State Level Mathematics & Science Competition which was held on Sunday, 10 Nov, 2019. 2,005  students of classes 3 to 10, from 62 schools of Manipur of which 339 students were from Ramakrishna Mission Imphal’s School, participated in the competition. 345 students secured ranks 1 to 10 in both the subjects. Out of these, 100 boys (class III To VII) were from the Ashrama’s School. All the 345 rank holders were presented with a Certificate of Merit & a memento trophy, in addition, the 1,2 & 3 rank holders, of each class, were also given cash prizes.

Prabhat Soraisam, a student of class 4 from the Ashrama’s School secured highest marks, in both mathematics & Science, he was given Best Student award.

An Award ceremony was held on  on 22 Dec, 2019 at Don Bosco High School, Langjing, Imphal.

Welfare Service at B B Paul Home for Mental Development, Mogshangei, Imphal, Manipur