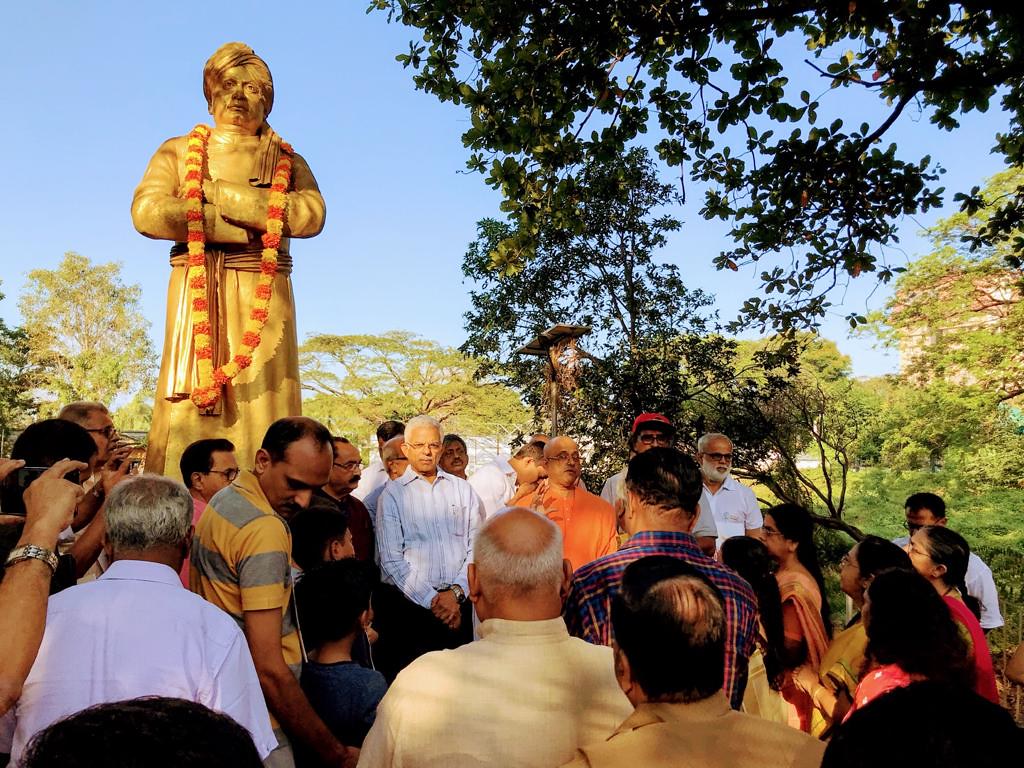 Ramakrishna Math, Kochi celebrated National Youth day with the Ashrama’s Balaka Sangha children and devotees in a function at Swami Vivekananda’s Statue at Ernakulam Boat jetty, where Swamiji had alighted when he visited Kerala on his way to Kanyakumari. This Statue was inaugurated by Srimat Swami Gahanananda ji Maharaj, in 2003. Flowers were offered to Swamiji and speeches on Swamiji’s message to the Youth of India were given.