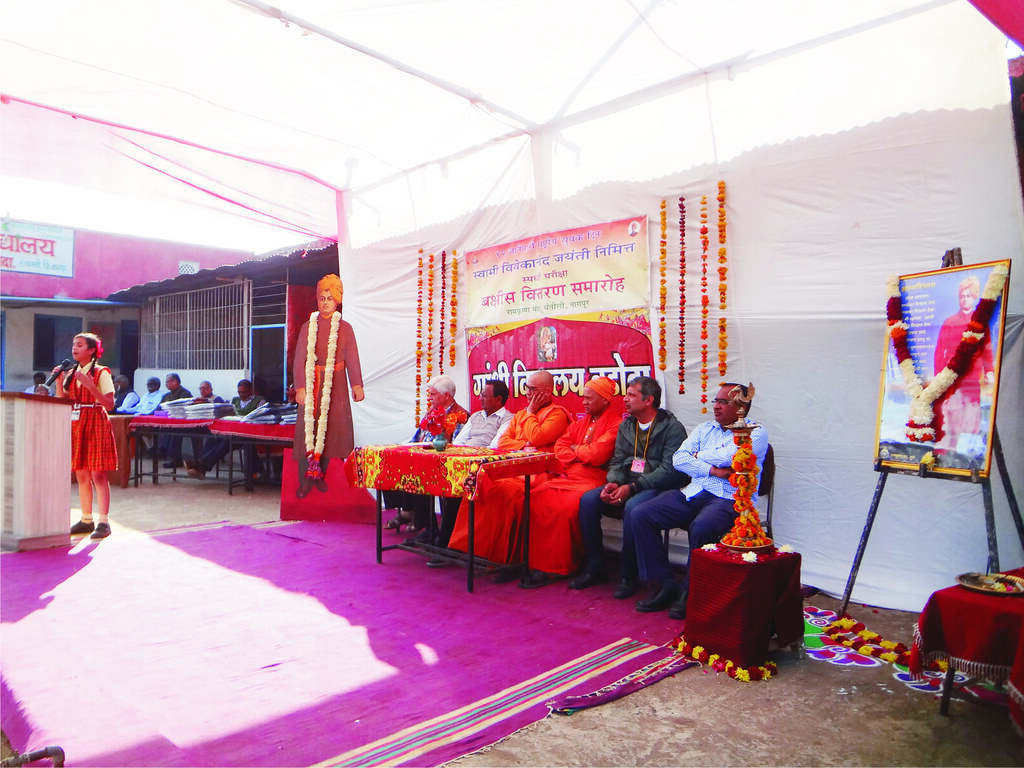 On the occasion of National Youth Day, Ramakrishna Math, Nagpur organized programmes in a rural area of Nagpur district.

Recitation, Speech and Drawing Competitions for school students of rural areas were conducted, in which a total of 3444 students from 44 schools of 34 villages, took part. The centre of final competitions was at Village Vadoda, 25 Kilometers from Nagpur city.

The literature of Swamiji for the Competitions was distributed to all 44 schools from 19 Oct 2019 to 20 Nov 2019. First, Second, Third and consolation prizes were given to students for different competitions. In all 505 prizes in Semi-Final round and 12 prizes in Final round were given. Semifinal round was started on 09 Dec 2019 and the final round was conducted on 10 Jan 2020.

A Rally was organized at Koradi in a rural area. About 450 students from six schools participated in the rally. N.C.C. Parade, Band, Flag Dance & Lazim were presented during the rally.

The rally converged in a public meeting in which speeches of dignitaries were organized. The speeches and the cultural programme (Drama & Songs) were attended by more than 900 students and were telecast by the Nagpur Doordarshan and Local Network i.e. UCN.

A symposium was held in the Ashrama’s auditorium by the students of Vivekananda Vidyarthi Bhawan. A large gathering was present for this function, on 12 and 13 Jan 2020. Swami Avyayatmananda of Raipur Math was the main speaker on both these occasions.