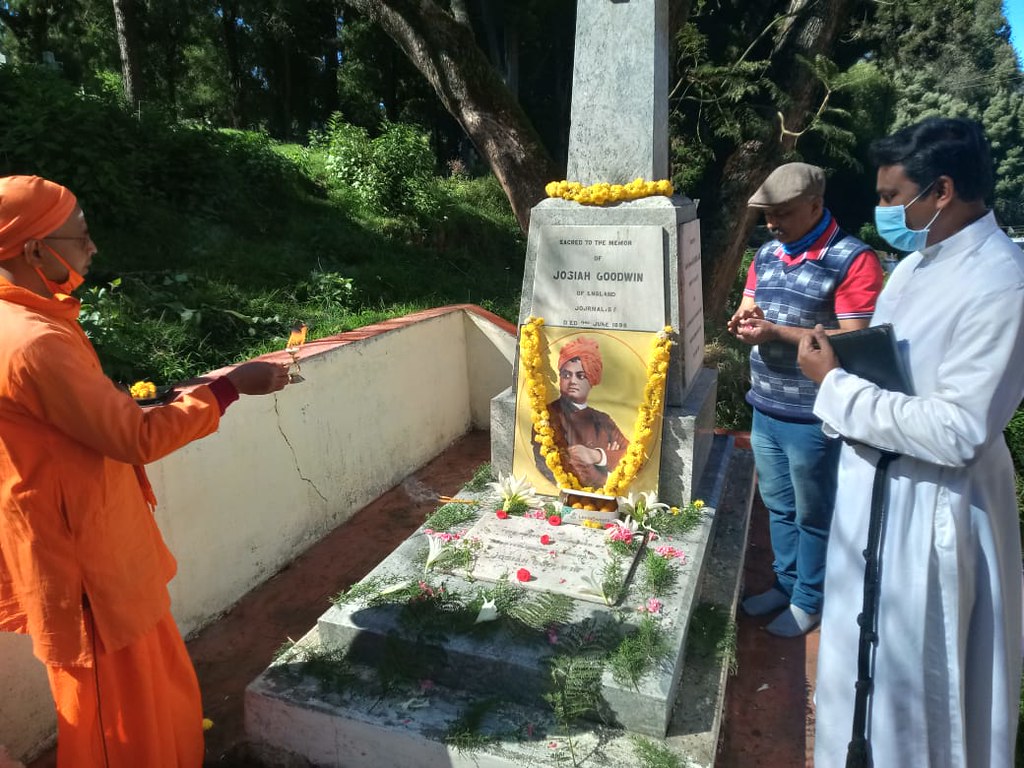 The National Youth Day (Birthday of Swami Vivekananda according to English Calendar) & Azadi Ka Amrit Mahotsav (Celebration of 75 years of Indian Independence) was celebrated at the Ooty Ramakrishna Math on Wednesday 12th January 2022 with the following programs.

Sri J.J Goodwin (stenographer of Swami Vivekananda) breathed his last at Ooty in the year 1898. At 10.00 AM respects were paid at the memorial by Swami Divyanamananda and few devotees and Rev Jermiah Alfred (CSI, St Thomas Church).

At 11.30 AM in the Ramakrishna Math auditorium Bhajans were conducted by Ayyappan and group and students, followed by a speech on Swami Vivekananda by Students of Vivekananda Memorial Matriculation school, Mpalada continued by the speech of Mr Arjunan, Correspondent of the school.