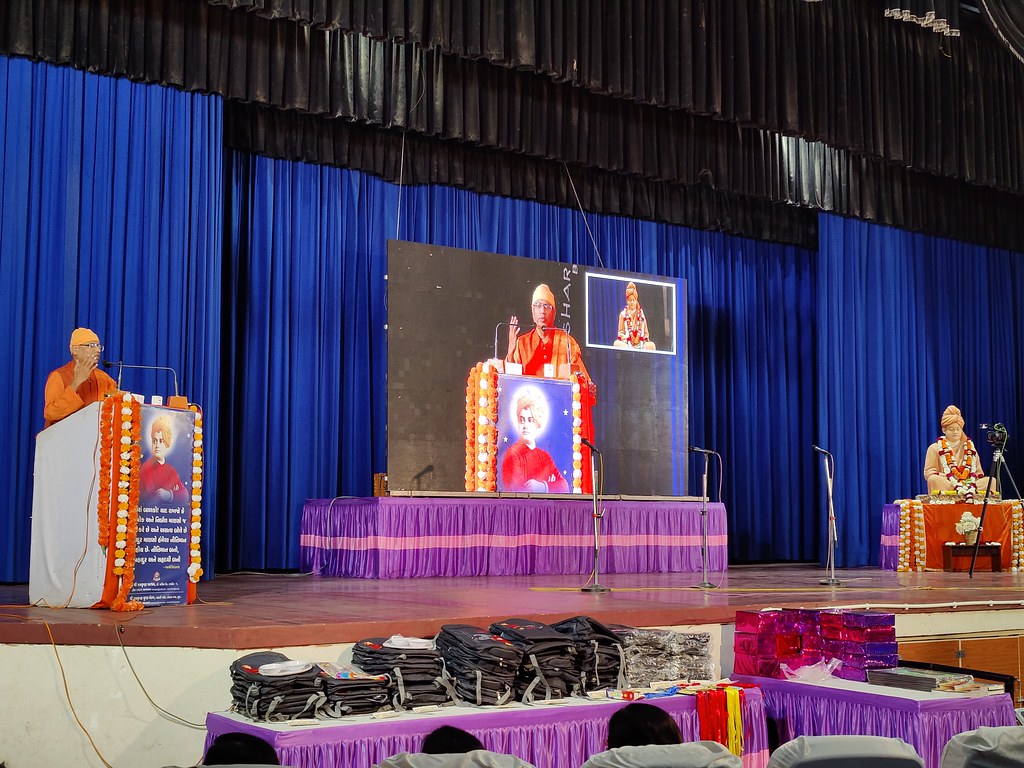 Ramakrishna Math, Bhuj in collaboration with Ramakrishna Seva Mandal Trust, Mandvi ( an affiliated centre of Ramakrishna Vivekananda Bhav Prachar Parisad Gujarat) had organized a cultural event and seminar on 12 January 2023. The event was held in the Town hall of Bhuj. The event was attended by students of 31 schools from different areas of Kutch. About 750 students accompanied by their teachers and Principals attended the event. Students performed on the life and the message of Swami Vivekananda through various performing media like songs, dialogs and acts. The event was graced by the presence of Mr Anirudha Dave, Member of Legislative Assembly, Mandvi, Mr Dilip Rana, District Magistrate of Kutch and other noted dignitaries from the local, social and business diaspora.