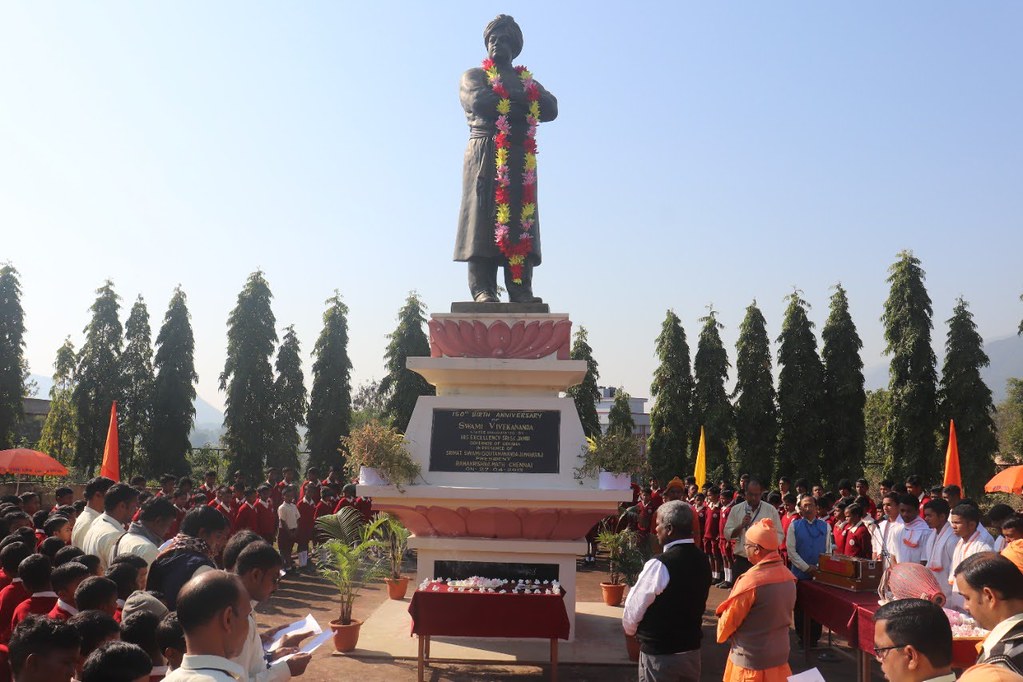 Ramakrishna Mission, Hatamuniguda celebrated National Youth Day with due solemnity on 12 January 2023 in the Ashrama campus. The programme started with the garlanding of Swamiji’s statue amidst Vedic Chanting followed by a recitation of the Swadesh Mantra.

The main programme was held in the Vivekananda Hall. After lighting the ceremonial lamp and offering flowers to Swamiji’s portrait, the programme started with an opening song. Three youth speakers spoke on different subjects – “Education is the panacea of all social evils”, “Swami Vivekananda’s journey from Colombo to Almora” and “Swamiji as a wandering monk.”

Shri Bibhu Prasad Tripathy, Additional Govt. advocate, Odisha High Court, the chief guest on the occasion, in his speech described Swamiji as the perennial inspiration and advised the students to mould their lives in the light of Swamiji’s teachings. The programme also included a reading of selected passages from the Complete Works of Swami Vivekananda and the singing of a few devotional songs on Swamiji.

The winners of different groups in State Level online Quiz, Essay Writing and Elocution completion, organised on the occasion were awarded Prizes and Certificates. A total no of 352 students from 14 institutions participated in the competitions. The programme concluded with Yoga Dance performances by the students. Swami Gitatmananda, Secretary welcomed and introduced the guests. Shri Ranganath Banerjee, Principal, proposed a vote of thanks.