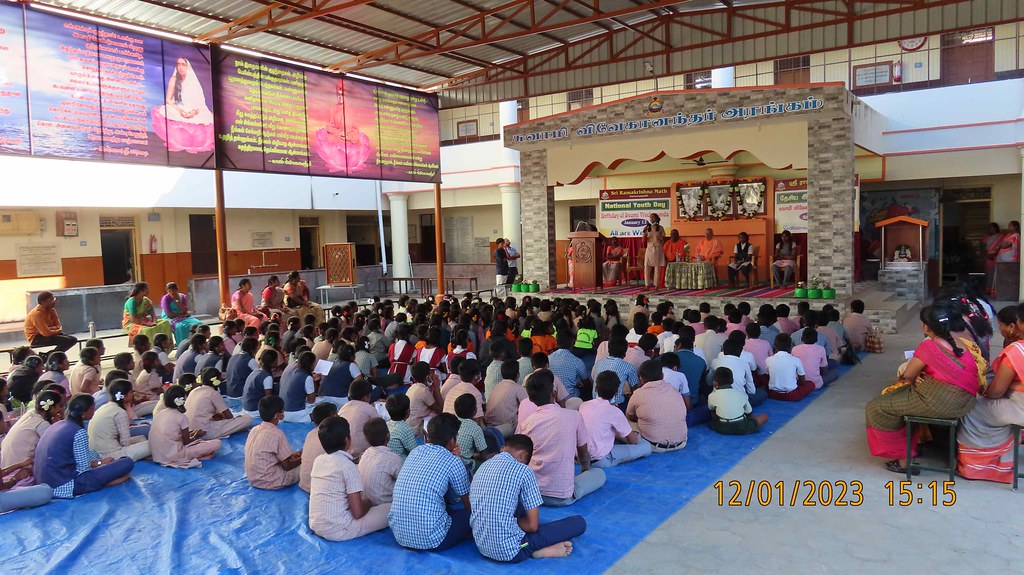 Ramakrishna Math, Nattarampalli celebrated National Youth Day on 12 January 2023 at the Math and nearby schools and localities. In the morning, the celebrations started off by offering flowers at the feet of Swami Vivekananda’s statue by our hostel students and some locals.

Around 400 students from as many as 40 schools participated in the various oratorical and essay writing competitions conducted in our Vidyalaya. All the students and staff were fed with lunch prasad at noon. A meeting was held in the afternoon which was presided over by Swami Vimokshananda, President, Ramakrishna Math, Yelagiri. Swami Vimokshananda ji gave away the prizes to the winners of the competition and inspired the students present with the ideas of Swami Vivekananda in his Presidential address.

Monastics of the centre participated in National Youth Day celebrations of 4 schools and 2 localities nearby and encouraged them with the message of Swamiji.

In the evening, T-shirts and lowers were distributed to our hostel students by Swami Vimokshananda ji. The celebrations came to a close with the Aarati and flower offerings to the statue of Swami Vivekananda by hostel students and the monastics.