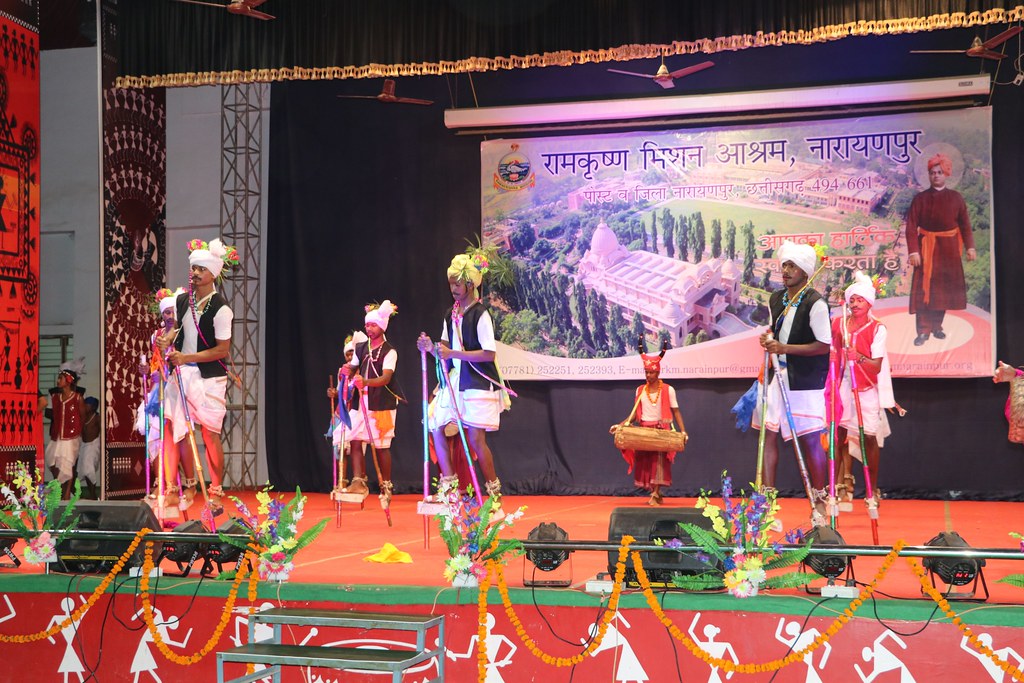 Ramakrishna Mission Ashrama, Narainpur held a two-day National Youth Day celebration on 9 January and 12 January 2021. On 9 January in the afternoon, a youth convention was organized wherein more than 1,100 participants (550 students from class 9 to 12, 300 ex-students, more than 200 staff and their families, and 400 other citizens) took part. The subject was Build New India. The speakers were Dr Om Prakash Verma and Mr Kawashi Lakhma, minister for excise department, the government of Chhattisgarh; and the chief guest was Mr Bhupesh Baghel, Hon’ble Chief Minister of Chhattisgarh government. On this occasion, Mr Aggarwal, minister for revenue department, Chhattisgarh government, Special D.G.P., commissioner Bastar region, Two M.L.A.s, I.G. Intelligence, I.G. Police and other dignitaries like IAS and IPS officers were present.

On 12 Jan ’21 , a colourful procession was taken out moving around the Ashrama campus with 700 students and 200 staff and their family members, and other guests. A meeting was arranged from 9:30 a.m. – 1:00 p.m., where our Swamis and students spoke on Swamiji, recited, and sang some Bhajans. In the afternoon, there was a friendly football match and after Arati there was a cultural program for 2 hours between 7:00 to 9:00.