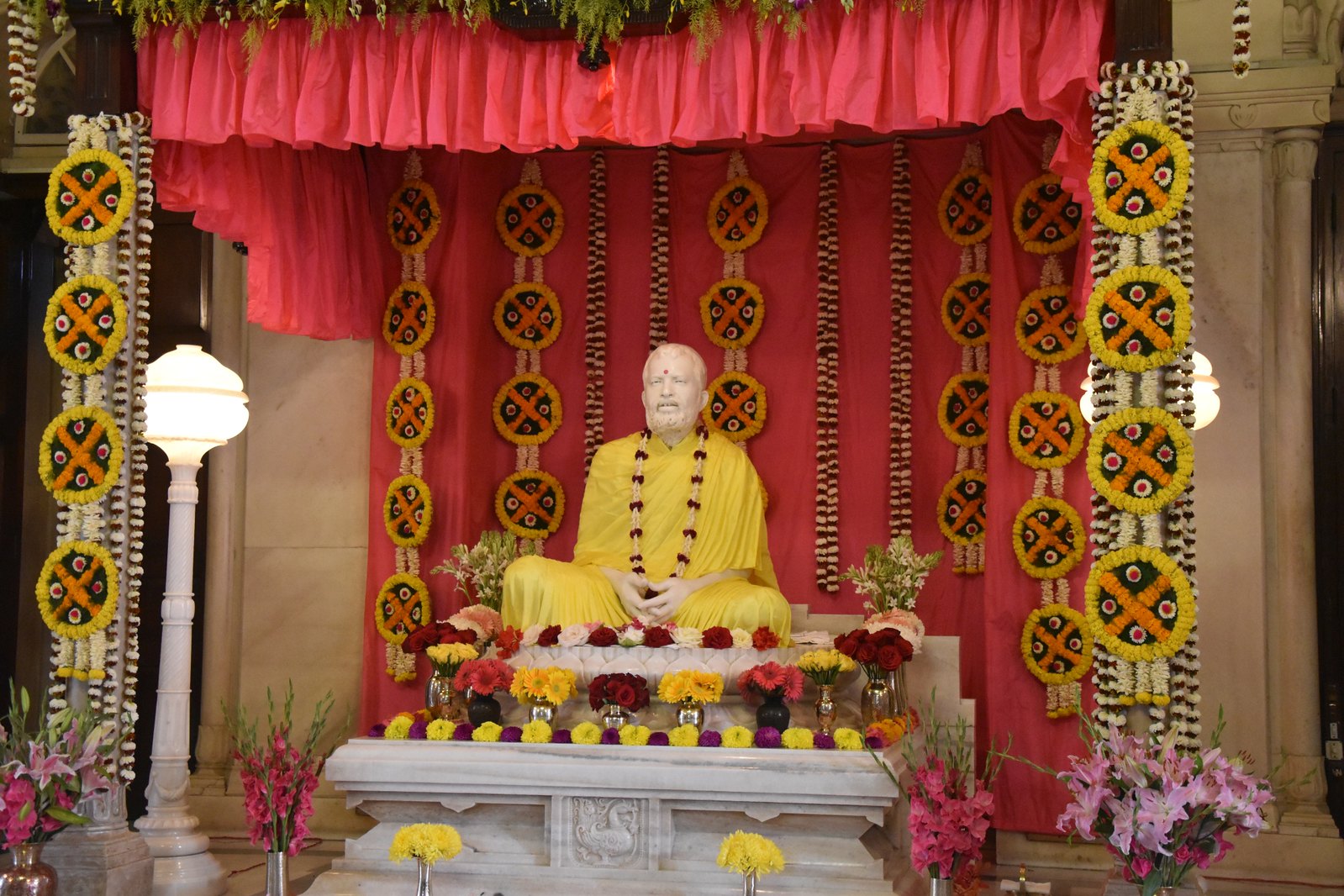 Revered President Maharaj will remain at Belur Math throughout April.

Swami Vagishananda ji will be at Cossipore Math throughout April.

Swami Gautamananda ji, now at Jayrambati, will go back to Chennai after the travel restrictions imposed due to the coronavirus (COVID-19) pandemic are lifted. He is scheduled to visit Vadodara and Rajkot from 16 to 21 April, and Bengaluru from 22 to 27 April.

Swami Prabhananda ji will remain at Belur Math throughout April.

Swami Shivamayananda ji will be at Kankurgachhi Math throughout April.

Swami Suhitananda ji will remain at Belur Math throughout April.

All of them are more or less in good health. 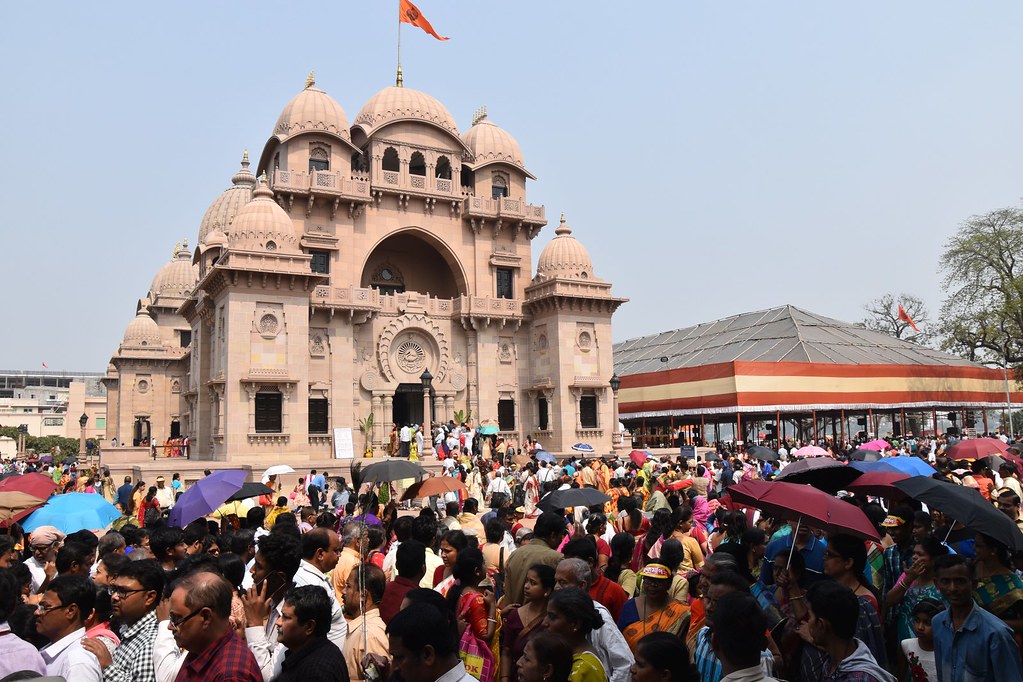 The annual Public Celebration in connection with Sri Ramakrishna’s birthday was held at Belur Math on Sunday, 1 March. More than a lakh people visited Belur Math in the course of the day. Khichri prasad was served to about 43,000 persons.

In the wake of the coronavirus (COVID-19) pandemic, the following preventive measures were adopted at Belur Math from 16 March: (i) distribution of noon prasad to devotees was discontinued, (ii) devotees were not allowed to sit or gather in large numbers inside Sri Ramakrishna Temple during the Arati or at other times, (iii) the museum was closed, and (iv) darshan of Revered President Maharaj for devotees was suspended. Subsequently, following the countrywide lockdown announced by the government on 24 March to contain the virus, devotees and visitors were not allowed to even enter the campus from that day. The preventive measures will be in effect until further notice.

Sri Narendra Modi, Prime Minister of India, held a meeting of religious leaders on 30 March through videoconferencing to discuss measures to handle coronavirus situation. The General Secretary took part in the meeting on behalf of our organization and gave an account of our response to the situation.

The Ramakrishna Vedanta Society of the Philippines, Manila, has been made a branch centre of the Ramakrishna Mission. The address of the centre is

Sri V Muraleedharan, Union Minister of State for Foreign Affairs, inaugurated a solar power plant  in the school of Thrissur centre on 23 February.

A fibreglass statue of Swami Vivekananda was unveiled at the school of Kanpur centre on 11 March.

Jaipur centre conducted a medical camp at a village in Jaipur district on 1 March in which seven specialist doctors treated 232 patients.

Medinipur Ashrama held a medical camp at Gopinathpur, under Medinipur Sadar block, a backward tribal area in Paschim Medinipur district, on 10 March in which 1148 patients were treated.

Under the guidance of Mysuru Ashrama, a fair to celebrate the Holy Trio was held at Ramakrishna Nagar, Mysuru, on 18 February in which 4500 people took part.

Salem Ashrama conducted four medical camps in and around Salem from 16 February to 8 March in which 2127 patients were treated.

Seva Pratishthan, Kolkata, conducted a day-long medical camp at Belur Math on 1 March, the day of the annual Public Celebration of Sri Ramakrishna’s birth anniversary. A team of eight doctors, six nurses and some paramedical staff treated 450 patients in the camp. 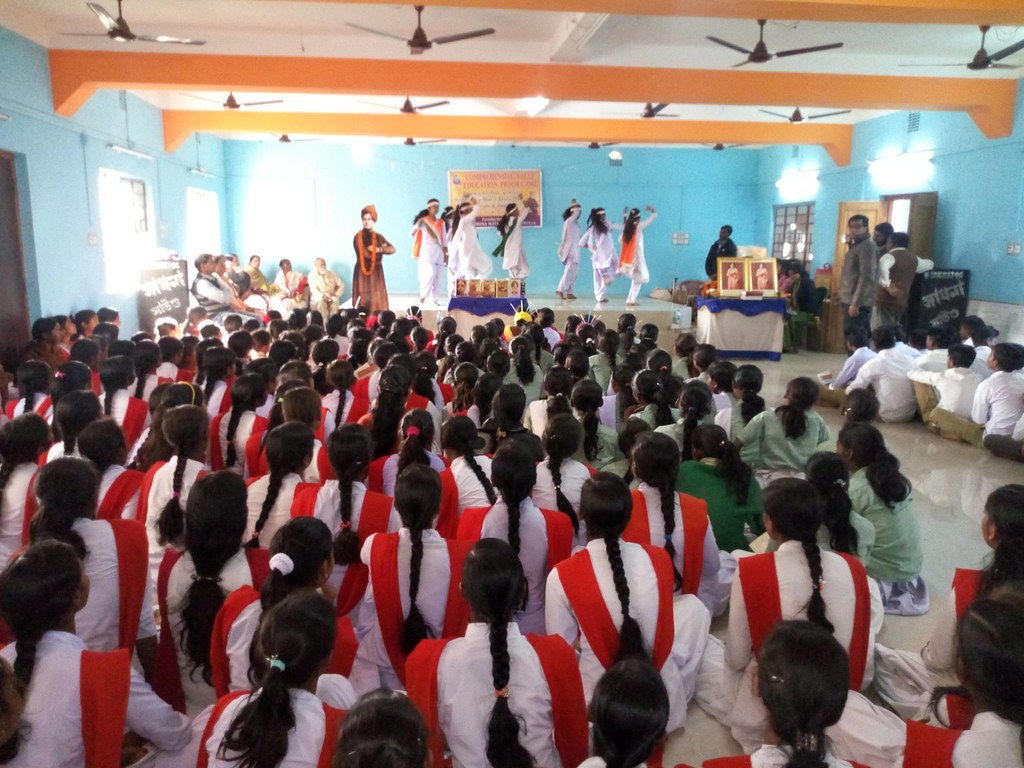 Bagda Math held values education programmes at 6 rural schools in 3 blocks of Purulia district from 6 to 19 February.  In all, 1177 students and teachers attended these programmes.

Rajkot Ashrama conducted a values education programme on 2 March which was attended by 65 school students.

Thrissur Math held a workshop for students on overcoming examination fear on 28 February.  About 700 students attended the workshop.

Bagerhat centre, Bangladesh, conducted a values education programme on 2 March in which 110.

Dhaka Ashrama held a homeopathy camp on 8 March in which 119 patients were treated.

We record with sorrow the untimely demise of Swami Abhishtananda (Prabir) at Kamarpukur Math on the afternoon of 5 March.  He was 57 and had been suffering from various ailments for about two years.  An initiated disciple of Swami Gambhiranandaji Maharaj, he joined the order at Jayrambati centre in 1987 and received sannyasa diksha from Swami Bhuteshanandaji Maharaj in 1997.  He served the order at Jayrambati, Saradapitha, Gourhati, Barasat, Purulia, Barisha and Kamarpukur centres as an assistant and Bamunmura centre as the head.  He was affectionate, kind-hearted and gentle by nature.