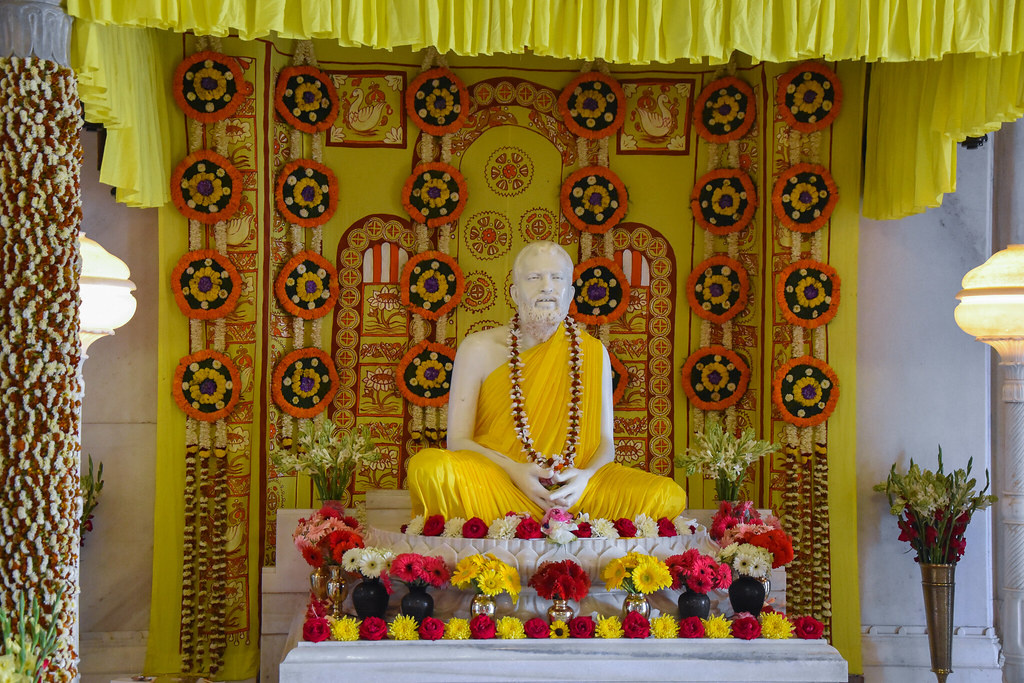 Swami Gautamanandaji came to Belur Math on 10 March and returned to Chennai on 25 March.

Swami Prabhanandaji is at Belur Math.

Swami Suhitanandaji is at Belur Math. 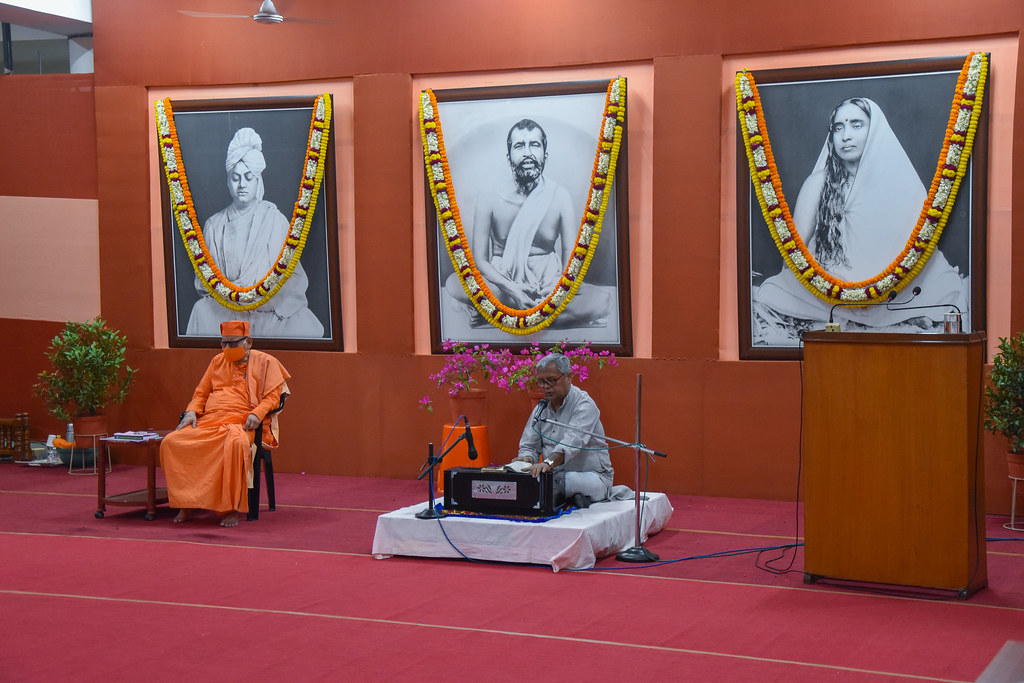 The 111th Annual General Meeting of the Ramakrishna Mission was held at Belur Math on Sunday, 7 March.  Swami Shivamayanandaji chaired the meeting.  In all, 146 monastic members, 37 lay members and 51 associates attended the meeting. Photos and Report 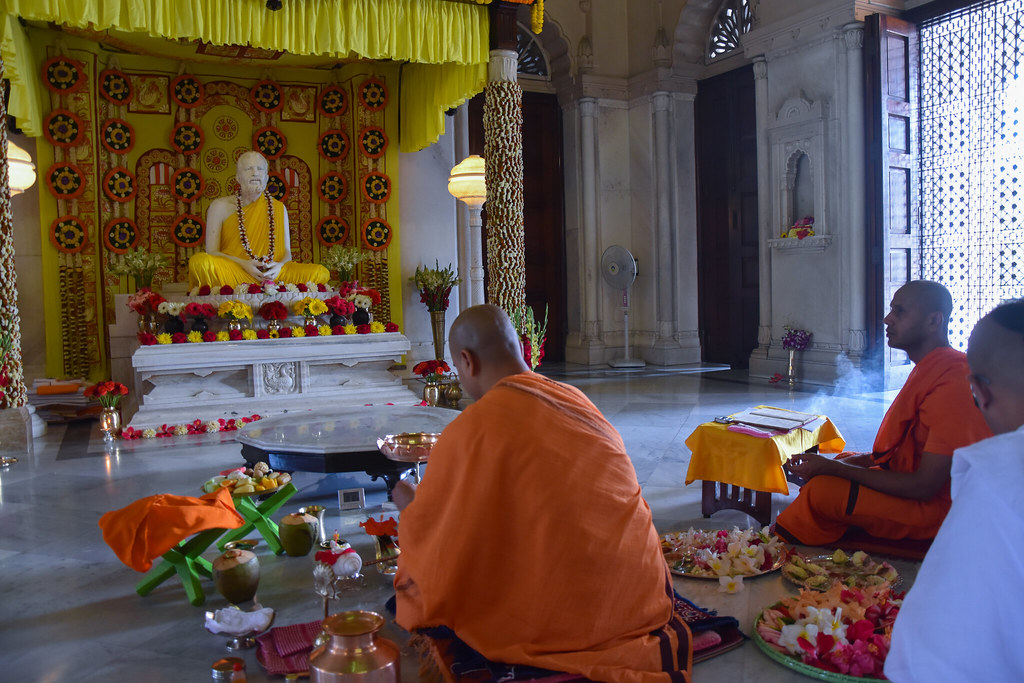 The birthday (janma-tithi) of Sri Ramakrishna Dev was celebrated at Belur Math on Monday, 15 March, with special worship, homa, kirtan and devotional music.  The General Secretary presided over the meeting held in the afternoon.  Belur Math remained closed to devotees on that day on account of the pandemic.  A large number of devotees watched the day’s programmes live streamed on the Internet. Photos

The annual Public Celebration of Sri Ramakrishna’s birthday scheduled to be held on 21 March was cancelled this year.  Only Kali kirtan was sung by sannyasins and brahmacharins in Sri Ramakrishna Temple in the afternoon.  Devotees were not allowed on that day lest there be a big crowd.

The South Indian Education Society, Mumbai, presented the Sri Chandrashekharendra Saraswati National Eminence Award to the Ramakrishna Math and Ramakrishna Mission in recognition of the twin organizations’ preaching and publication work.  The award ceremony, which was planned to be held in Mumbai on 19 December, was cancelled due to the pandemic situation there.  Hence, the award was delivered recently to Belur Math; it consisted of a citation, a large bronze lamp, two portraits, some books and a cheque for 2.50 lakh rupees.

The name of the Santa Barbara sub-centre of Hollywood centre, USA, is ‘Vedanta Temple’ and not ‘Vedanta Society’.

The Santa Barbara sub-centre of Hollywood centre, USA, has discontinued its fax connection: 565 0837.

Smt Droupadi Murmu, Governor of Jharkhand, inaugurated the newly built 50-bed hospital building at Ranchi Sanatorium on 27 February and the new students’ hostel building on the Sakchi campus of Jamshedpur centre on 28 February. 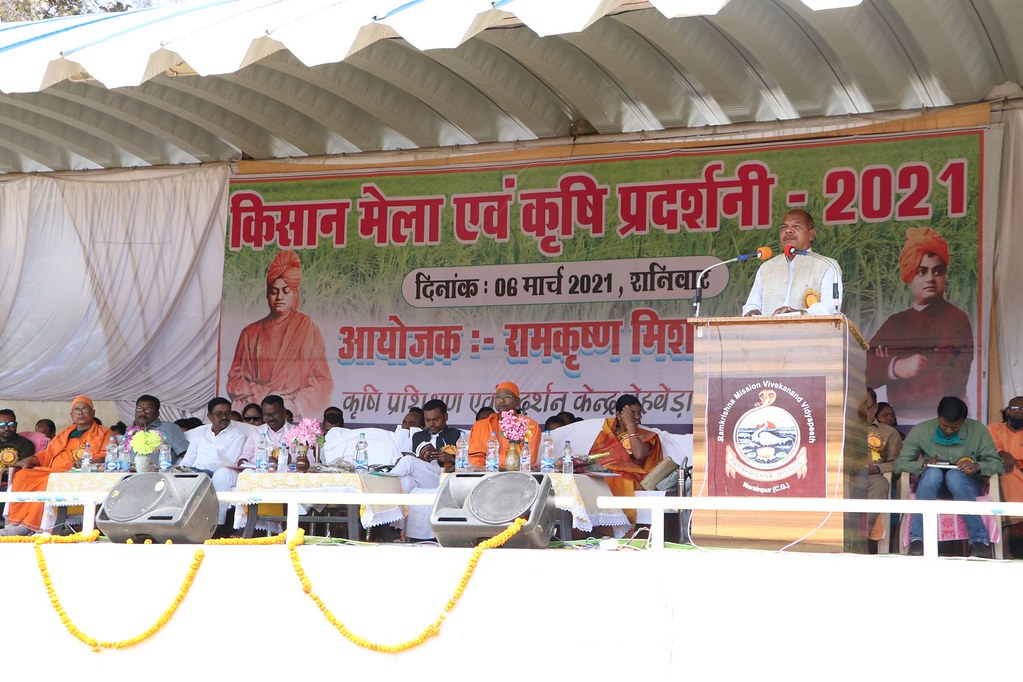 Narainpur centre held a kisan mela (farmers’ fair) on 6 March which was visited by 3000 farmers. Photos and Report 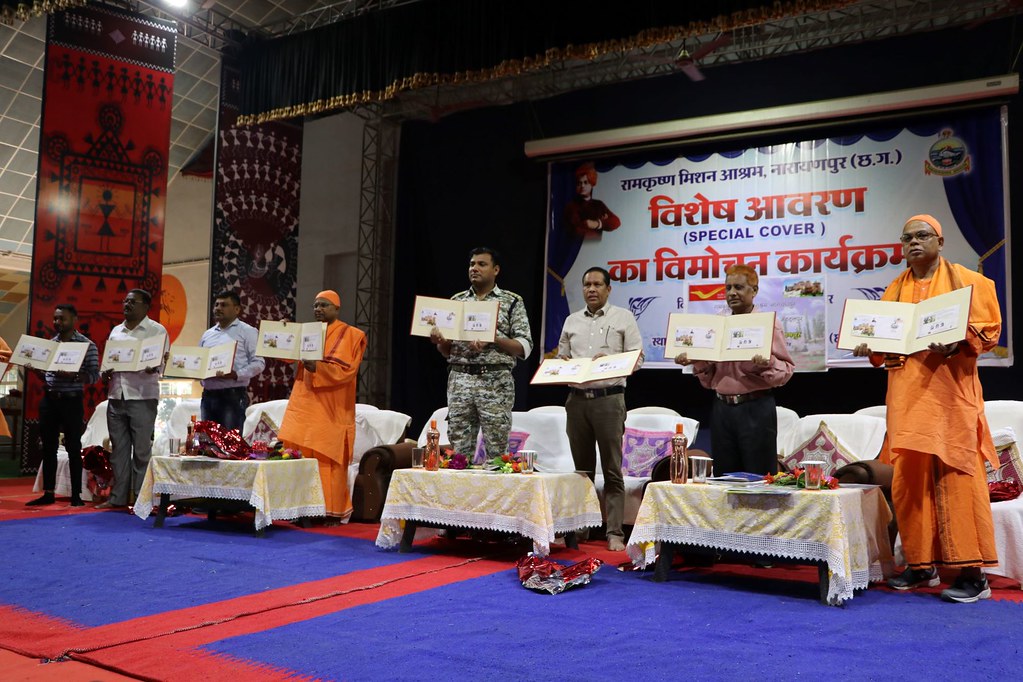 Chhattisgarh Postal Circle released on 15 March a special postal cover in recognition of the service activities of Narainpur centre. Photos and report

Vrindaban hospital stood first among the hospitals in the Mathura-Vrindaban Municipal Corporation area in maintaining cleanliness on its premises.  It received a certificate and a memento from the Corporation.

Seven students of Narendrapur Vidyalaya won the Kishore Vaigyanik Protsahan Yojana (KVPY) Fellowship, 2020.  Also, in the Junior Scholarship Test, 2020, conducted by Jagadish Bose National Science Talent Search, Kolkata, twelve students of the school received the Junior Scholarship Award and four others obtained the Junior Encouragement Award.  The Vidyalaya won the Best School Award in the senior group and the Special School Award in the junior group for the excellent performance of its students in the competition.

Delhi centre conducted a webinar and 8 workshops on values education from 1 to 26 March.  In all, 619 teachers and students’ parents attended these programmes. With deep sorrow we record the passing away of Revered Swami Vagishanandaji (Samaresh Maharaj), the most senior Vice-President of the Ramakrishna Math and Ramakrishna Mission, at Seva Pratishthan, Kolkata, on 12 March 2021 at 7.10 pm, due to a massive heart attack.  He was 91.

Revered Maharaj had been suffering from diabetes, hypertension and kidney disease for the past few years.  On 1 March he was admitted to Seva Pratishthan and was kept under expert medical care.  Despite the best available medical treatment, his condition deteriorated and became critical.  The end came peacefully on 12 March.

The news of his passing away was broadcast over radio and television on the same day (12 March) and published in several newspapers the following morning.  The body was brought to Cossipore Ashrama on 12 March at 10 pm and to Belur Math on the next day at 9 am and kept in the Cultural Hall (Sanskriti Bhavan).  A large number of monastics from various branch centres, disciples, devotees, admirers and friends paid their last respects and homage.  On the 13th at about 9 pm, the body was taken in a procession to the courtyard in front of the Math Office and kept on a platform for some time.  Then it was taken for the last rites of cremation which started at 10 pm and were completed after two and a half hours.

Special worship and bhandara in his memory were held at Belur Math on 24 March.  Packets of prasad were served to 7500 devotees.  Because of the pandemic situation, the usual memorial meeting could not be held that day.  Instead, pre-recorded talks of Swami Gautamanandaji, Swami Shivamayanandaji, Swami Girishanandaji, the General Secretary and a few others were streamed on the Belur Math YouTube channel in the afternoon.  A life sketch of Revered Vagishanandaji, both in Bengali and English, was published on the occasion.  Copies of the booklet are available at the Math Office in Belur Math.

Swami Vagishanandaji was born in Chittagong, Bangladesh, on 12 January 1930.  An initiated disciple of Swami Shankaranandaji Maharaj, he joined the order at Saradapitha centre in 1954 and received sannyasa diksha from Swami Vishuddhanandaji Maharaj in 1962.

He served the order at Saradapitha and Gol Park centres as an assistant, Ranchi Morabadi centre first as an assistant and later as the head, and Malda, Kamarpukur, Mumbai and Cossipore centres as the head.  He also actively participated in East Pakistan (Bangladesh) migrant relief work in North 24-Parganas district for six months in 1970.

He started his spiritual ministration in 2011 by giving mantra diksha to devotees.  In subsequent years, thousands of devotees in different parts of the country received mantra diksha from him.  He also visited at different times Bangladesh, Nepal, Mauritius and Japan.

Maharaj had a unique trait of winning the hearts of people with his ever-present smile and warm hospitality.  He easily understood the problems of others and empathized with them.  He did not speak much, yet no one felt unwelcome in his presence because of his loving motherly heart.  He was always a champion of the poor and needy.  His disciples and others who knew him have lost in him a loving spiritual guide whose understanding, affection and sympathy were an invaluable asset to them.