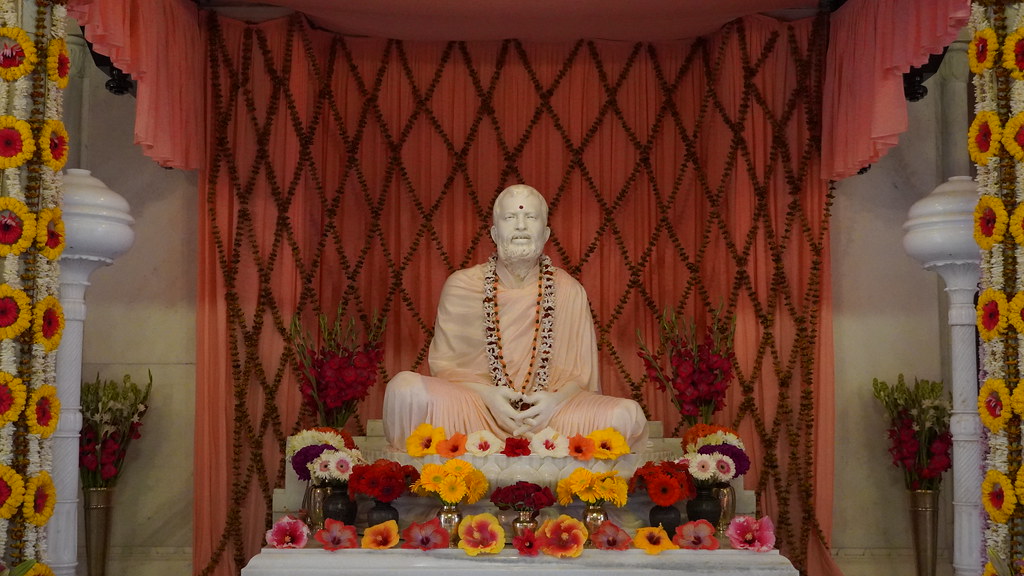 Revered President Maharaj was admitted to Peerless Hospital, Kolkata, on 9 March for the treatment of old-age ailments.  He returned to Belur Math after a week with his health considerably improved.  He left for Narendrapur centre on 27 March and is scheduled to return on 13 April.

Swami Gautamananda ji will be visiting Mumbai and Pune from 1 to 11 April, Udaipur and Jaipur from 16 to 23 April, and Coimbatore and Bengaluru from 30 April to 6 May.

Swami Prabhananda ji will be visiting Kankurgachhi Math, Kolkata, from 3 to 13 April.

Swami Suhitananda ji is scheduled to return to Belur Math on 11 April after visiting Bhuj, Rajkot, Vadodara and Ahmedabad.  He will be visiting Kasundia centre, Howrah, from 18 to 22 April, and Vrindaban from 29 April to 2 May. 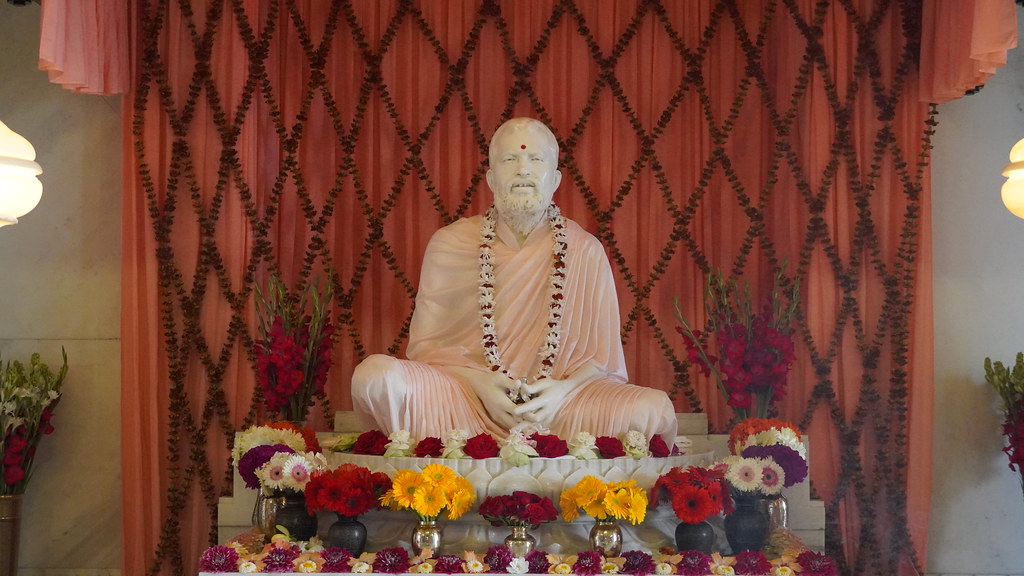 The birthday (janma-tithi) of Sri Ramakrishna Dev was celebrated at Belur Math on Friday, 4 March, with special worship, homa, kirtan and devotional music.  The General Secretary presided over the meeting held in the afternoon.  Khichri prasad was served to about 20,000 devotees. 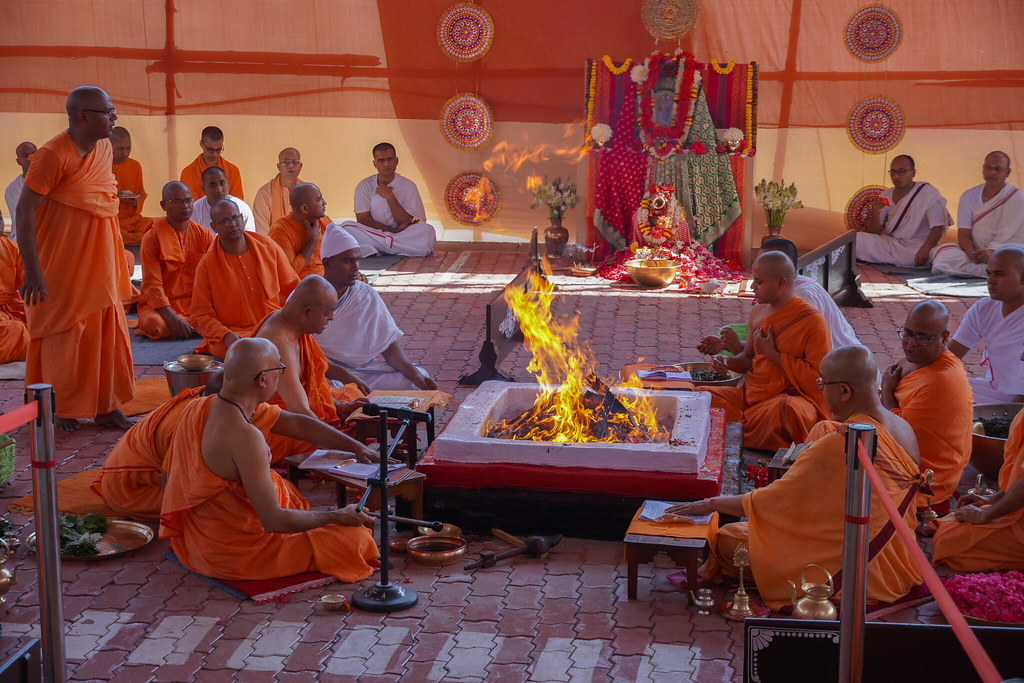 The annual Public Celebration of Sri Ramakrishna’s birthday scheduled to be held on Sunday, 13 March was cancelled this year considering the pandemic situation.  Belur Math remained closed on that day lest there be a big crowd.  However, special worships and Saptashati Homa were performed on that day to mark the centenary of the consecration of the Holy Mother Temple at Belur Math.  Sannyasins and brahmacharins of Belur Math and nearby centres took part in the ceremony.

A sub-centre of Ramakrishna Math, Chennai, has been started at Puducherry.  It was formally inaugurated on 18 March in a meeting attended by Swami Gautamanandaji, Chief Minister of Puducherry Sri N. Rangasamy, and about 300 people.

The address of the sub-centre:

Kankhal centre has launched a website with the address: kankhal.rkmm.org

In a programme held in virtual mode, Revered President Maharaj inaugurated a new building at Medinipur centre on 4 March.  The building has a book showroom and a multipurpose hall.

The new hostel kitchen at Taki centre was inaugurated on 17 March.

Mayavati Ashrama inaugurated the new staff quarters near the cowshed on 20 March.  On the same day, the “Main Building” of the Ashrama and the erstwhile “Prabuddha Bharata Building” were rededicated after exhaustive restoration and conservation of these two heritage structures.  The two rooms in the “Main Building” where Swamiji had stayed in 1901, one each on the ground and first floors, have been converted into meditation halls.  In the same building, an exhibition on the history and activities of Mayavati Ashrama has also been set up.  The other building which earlier served as Prabuddha Bharata office, now houses a book showroom, a reading room and a meeting hall.  In connection with the rededication ceremony, an online programme was telecast on the centre’s YouTube channel on 27 March in which Revered President Maharaj, the General Secretary and others spoke. 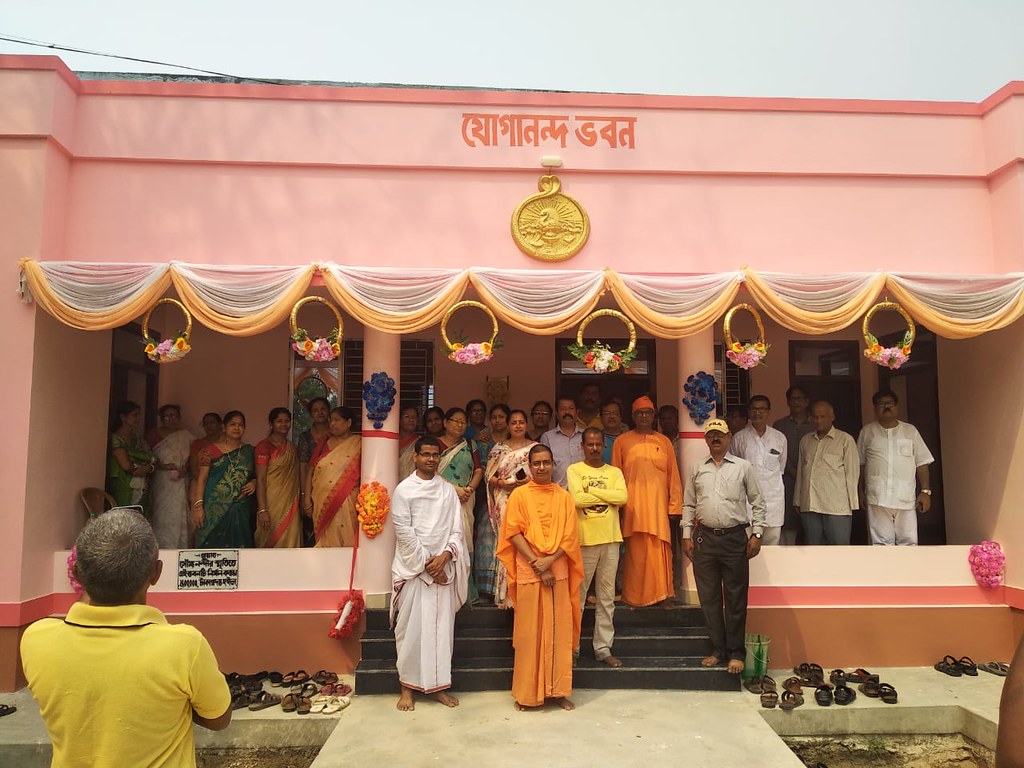 Dr Rameshwar Oraon, Finance Minister in the Government of Jharkhand, addressed a workshop on natural farming held at Ranchi Morabadi Ashrama as the guest of honour on 26 March.  About 250 farmers attended the workshop. 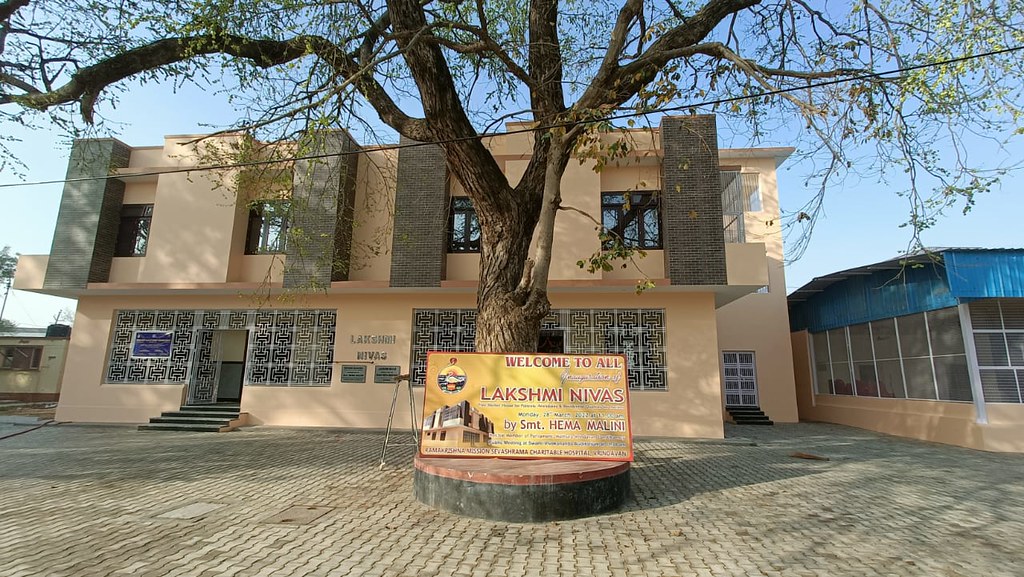 Six students of the Sanskrit Department of RKMVERI (deemed university), Belur, won five medals – one gold, one silver and three bronze – and a special prize in the national level Sanskrit literary competitions conducted by Central Sanskrit University, New Delhi.  In all, 410 students from 24 states took part in the event which was held in Bengaluru from 27 to 30 March.

Kanchipuram Math distributed buttermilk to about 3000 people on 14 March on the occasion of Ratha Yatra of Ekambareshwara Shiva temple.

Basavanagudi (Bengaluru) Math held a workshop for youths on 27 March.  A few senior defence officers addressed the workshop which was attended by 150 college students and teachers.

Belagavi centre conducted 13 values education programmes at different places in and around Belagavi district from 3 February to 9 March.  In all, 1392 students participated in these programmes.  The centre also held a youths’ convention and a teachers’ convention on 10 and 11 March in which 1100 college students and 750 school teachers took part.

Cooch Behar centre held a teachers’ convention and a youths’ convention on 5 and 7 March which were attended by 81 teachers and 94 students respectively.

Delhi centre conducted seven workshops on values education in online mode, and two in offline mode, from 12 to 25 March.  In all, 821 principals, vice-principals and teachers from different parts of India took part.

Madurai Math conducted a values education camp for the students and staff of a women’s college on 19 March.  About 100 students and 10 lecturers took part in the camp.

Mumbai centre held a values education programme for school children of two villages in Palghar district on 23 March in which 72 students participated.

Ranchi Morabadi Ashrama conducted two youths’ conventions on 11 and 15 March which were attended by 483 youths in all.

Aalo: A medical camp at a remote village named Negi Dasi on 23 March in which 60 patients were treated.

Aurangabad: A medical camp from 23 to 25 March at Paithan (District Aurangabad), the birthplace of Sant Eknath, on the occasion of Nath Shashthi Mela.  In all, 2769 patients were treated in the camp.

Bankura: 1324 eye patients were screened, 337 were operated on and 100 were given spectacles from January to March.

Darjeeling: Six medical camps, including two ENT and two orthopaedic camps, from January to March in which 344 patients were treated.

Delhi: Eye operations for 23 patients and distribution of spectacles to 4 patients in February.

Jamtara: A medical camp at Manjora, a remote tribal village in Jamtara district, on 4 March in which 111 patients were treated.

Jhargram: A blood donation camp on 26 March in which 111 persons donated blood.

Kamarpukur: 357 eye patients were checked, 103 were operated on and 106 were given spectacles in March.

Kanpur: A medical camp at Jagjivanpur village of Unnao district on 13 March in which 202 patients were treated.

Khetri: 334 eye patients were screened and 88 were operated on in February and March.

Madurai: An eye camp on 20 March: 188 patients were screened and subsequently 46 were operated on for cataract and 31 patients were given eyeglasses.

Manasadwip: (i) Conducted three eye camps in March in which 199 patients were treated, and (ii) Arranged cataract surgeries for 39 patients that month in association with another institution.

Nabadwip: A blood donation camp on 6 March in which 50 people donated blood.

Nagpur: An eye camp on 6 March in which 145 patients were treated, 25 were operated on for cataract, and 107 spectacles were distributed.

Naora: Distributed 70 spectacles on 4 March and held eye operation camps on 11 and 24 March in which 27 patients were operated on for cataract.

Porbandar: An eye camp on 11 March: 70 patients were treated and subsequently 26 were operated on for cataract.

Rajamahendravaram: 825 eye patients were treated, 114 were operated on and 172 were given spectacles from October to March.

Ranchi Morabadi: Eye camps in February and March in which a total of 876 patients were checked, 24 were operated on and 63 were given spectacles.

Salem: Four eye camps in February and March: 943 patients were checked, and subsequently 273 were operated on and 224 were given spectacles. We record with sorrow the passing away of Swami Shrutyananda ji (Surapati Maharaj of Jayrambati centre) at Seva Pratishthan, Kolkata, on 5 March at 5.25 pm.  He was 86 and had been suffering from pancreas cancer and hypertension.  Initiated by Swami Vishuddhanandaji Maharaj, he joined the order in 1961 at Chandipur Math and received sannyasa diksha from Swami Vireshwaranandaji Maharaj in 1970.  He served the order at Belur Math and the centres in Chandipur, Baghbazar, Kankurgachhi, Medinipur and Jayrambati.  The swami was self-reliant and meticulous in his monastic routine.