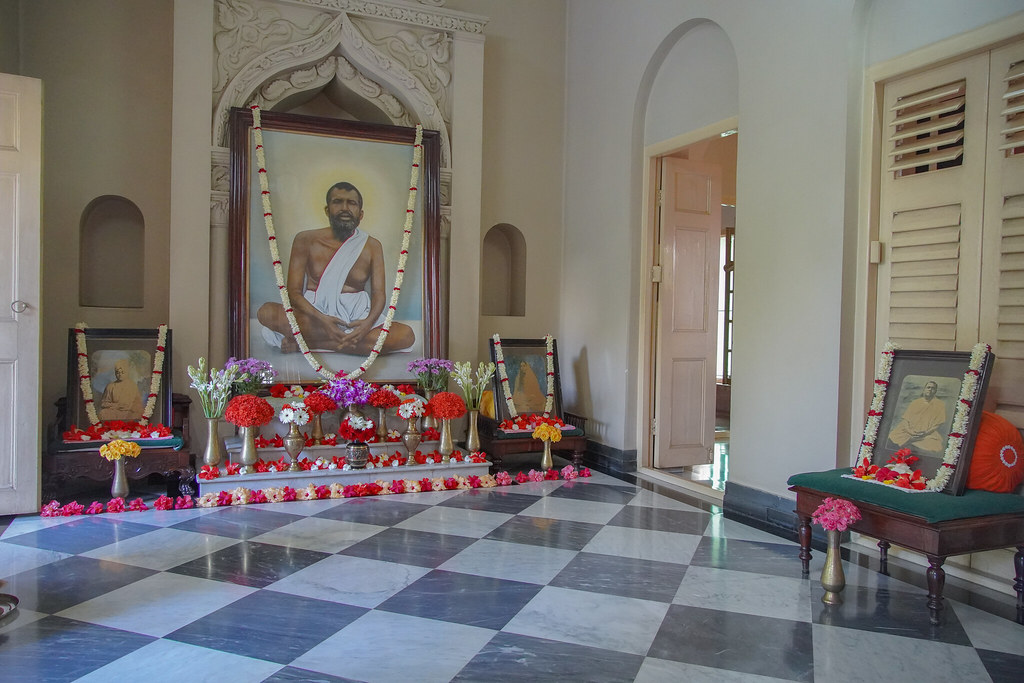 Revered President Maharaj will be visiting  Swamiji’s Ancestral House, Kolkata, from 28 August to 4 September.  He is keeping well.

Swami Gautamananda ji is now in Kamarpukur.  He will be visiting Jayrambati from 4 to 10 August, Jaipur and Khetri from 11 to 13 August, and Raipur, Narainpur and Bilaspur from 21 August to 7 September.  He is keeping well.

Swami Prabhananda ji was admitted to Seva Pratishthan on 16 July with a fever.  He returned to Belur Math on 25 July, but was again admitted to the hospital on 27 July.

Swami Suhitananda ji is scheduled to return to Belur Math on 15 August after visiting Karimganj and Silchar.  He will be visiting Contai, Chandipur and Tamluk from 25 August to 13 September.  He is keeping well.

Swami Girishananda ji was admitted to Seva Pratishthan on 18 July as he complained of dizziness and postural imbalance.  He was discharged from the hospital on 24 July.  On 31 July, he left for Nepal.  He is scheduled to return to Belur Math on 13 August after visiting Nepal, and Gorakhpur and Basti in Uttar Pradesh.  Later on, he will visit Somsar from 20 to 22 August, and Baganchra, Durgapur, Sundiara and Asansol from 24 August to 13 September.  He is keeping well.

Ramakrishna Math, Yadadri Bhuvanagiri, is upgraded to the status of a full-fledged branch centre; it was a sub-centre of the Hyderabad branch until now.

There is a minor change in the address of the Kanchipuram centre.  The new address is as follows (the change is underlined):

As announced in the January 2022 Bulletin, Ramakrishna Ashrama in Krishnanagar was taken over and a branch of the Ramakrishna Mission was started there.  To mark the starting of the branch, the centre held a day-long programme comprising special worship, a procession and a public meeting on 1 July, the sacred Ratha Yatra day.

A statue of Swami Vivekananda was unveiled at a road junction in front of Nabadwip centre on 10 July.

The new OPD block at Ranchi Sanatorium was opened on 13 July.

Four of our degree colleges secured distinguished positions in the India Rankings 2022 announced by the National Institutional Ranking Framework (NIRF), Ministry of Education, Government of India:

Delhi centre conducted 9 workshops on values education in offline mode and 4 in online mode, from 27 June to 23 July.  In all, 746 school principals and teachers from different parts of India participated in these workshops.

Rajamahendravaram centre conducted a summer camp from 9 May to 5 June in which 232 children were in attendance.

Rajkot centre hosted a conference of principals of schools on 25 June in which 30 principals took part.

Thanjavur Math held a teachers’ training programme at an educational institution in Kanchipuram on 2 July in which 150 teachers took part.

Coimbatore Mission: Seven medical camps (two each of general, cardiac and orthopaedic camps, and one eye camp) in rural and tribal areas of Coimbatore district from 26 June to 17 July in which a total of 468 patients were treated.

Cooch Behar: A medical camp on 23 July in which 15 patients were treated.

Delhi: Eye operations on 10 patients and distribution of spectacles to 7 patients in June.

Gourhati: Three eye camps in April, May & July – 260 patients were checked, 27 were operated on for cataract and 53 were given spectacles.

Gurap: An eye camp on 21 June in which 37 patients were checked and 8 were operated on.

Kamarpukur: 490 eye patients were checked, 90 were operated on and 88 were given spectacles in July.

Kanchipuram: An eye camp on 3 July in which 120 patients were checked, 12 were operated on and 36 were given spectacles.

Lucknow: 7836 eye patients were checked and 134 were operated on and given spectacles in June.

Madurai: An eye camp on 17 July – 176 patients were screened, 61 underwent cataract surgery and 29 were given spectacles.

Manasadwip: (i) Conducted an eye camp on 17 July in which a total of 121 patients were treated, and (ii) Arranged cataract surgery for 23 patients on 21 July in association with another institution.

Rahara: Four medical camps in North 24 Parganas and Purba Bardhaman from February to June; in all, 2285 patients were treated.

Ranchi Morabadi: Eye camps in June and July in which a total of 2427 patients were checked and 122 were given spectacles.

Thanjavur: A medical camp on 17 July in which 50 people were treated.

We record with sorrow the passing away of three of our brother monks. Swami Dinanathananda ji (Panna Maharaj of Belur Math), aged 77, passed away at Seva Pratishthan, Kolkata, on 19 July at 7.45 pm due to pneumonia.  A haemophilic patient, he had been suffering from kidney disease for several years.  Initiated by Swami Vireshwaranandaji Maharaj, he joined the order in 1967 at Kamarpukur centre and received sannyasa diksha from his guru in 1977.  He served the order at Kamarpukur, Delhi and Seva Pratishthan centres.  Due to health problems, he had been living a retired life at Belur Math since 2008.  The swami was calm, affectionate and austere. Swami Nityashuddhananda ji (Niyati Maharaj), head of Kankhal centre, breathed his last at our hospital in Kankhal on 24 July at 4.15 pm.  He was 81 and had been suffering from diabetes and hypertension.  Initiated by Swami Madhavanandaji Maharaj, he joined the order in 1965 at Kankhal centre and received sannyasa diksha from Swami Vireshwaranandaji Maharaj in 1975.  He served the order at Seva Pratishthan, Kolkata, as an assistant and at Kankhal centre, first as an assistant and then as its head for a long 38 years.  He also actively participated in flood relief and rehabilitation work at Srikakulam, Andhra Pradesh, from 1981 to 1983.  Kind-hearted and unassuming, the swami was loved and respected by all for his monastic qualities.  The Chief Minister of Uttarakhand and several other dignitaries sent their condolences on his sudden demise. Swami Devendrananda ji (Shashanka Maharaj of Narendrapur) expired at Seva Pratishthan, Kolkata, on 28 July at 4.20 pm owing to pneumonia.  He was 83 and had been suffering from various old-age ailments for some years.  Initiated by Swami Madhavanandaji Maharaj, he joined the order in 1964 at Narendrapur centre and spent almost his entire monastic life there itself serving in different capacities.  He received sannyasa diksha from Swami Vireshwaranandaji Maharaj in 1972.  He was the editor of Samaj Shiksha magazine for about five years.  He had been living a retired life at Narendrapur centre for the last few years.  Affectionate by nature, the swami had a deep concern for the poor and underprivileged.