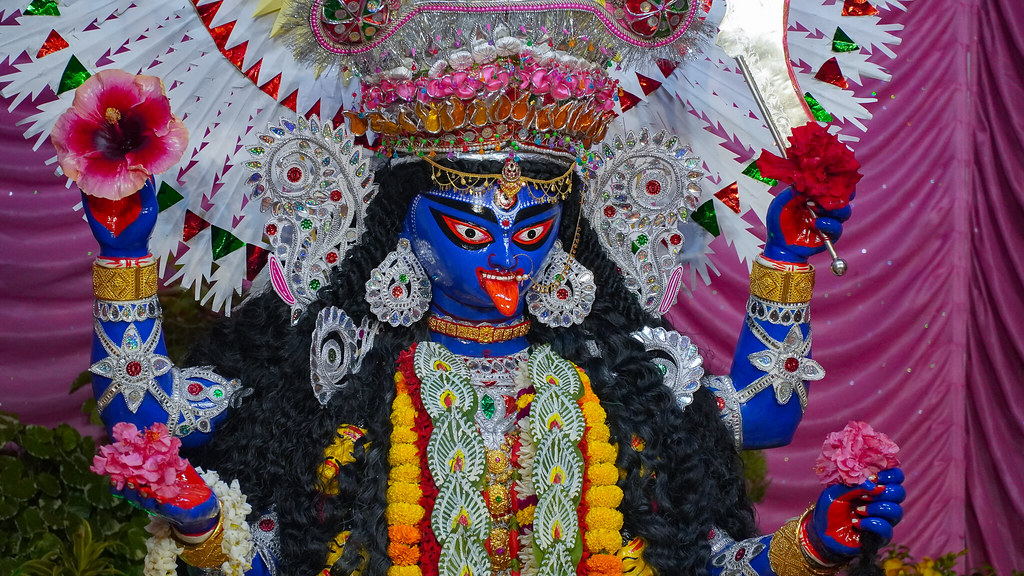 Swami Gautamananda ji will be visiting Bengaluru and Shivanahalli from 2 to 12 December, and Villupuram from 17 to 19 December.

Swami Prabhananda ji is on a visit to Baghbazar Math.  He went there on 28 November and is scheduled to return to Belur Math on 10 December.

Swami Suhitananda ji left for Agartala on 28 November and is expected to return from there on 19 December.

Following the taking over of Somsar Sri Ramakrishna Seva Mandir by the Ramakrishna Mission, a new branch centre of the Mission has been started there.  Swami Gautamananda ji attended the handing over ceremony on 18 November, the birthday of Swami Vijnananandaji Maharaj.  He also inaugurated a guesthouse at the centre on the same day.  The Seva Mandir was founded in 1996.

The address of the new centre is

Jamtara Math concluded its centenary celebration with a public meeting and other programmes on 31 October and 1 November.

Sri Basavaraj Bommai, Chief Minister of Karnataka, presented Amrita Mahotsava State Award to Mangaluru centre at a function in Bengaluru on 1 November in recognition of the centre’s service activities and its leading role in Swachchha Bharat Abhiyan (Clean India Campaign) in Mangaluru city. The award consisted of a citation, a gold medal and a cash prize of one lakh rupees.

Smt Anusuiya Uikey, Governor of Chhattisgarh, bestowed Yati Yatanlal Samman on Narainpur centre for promoting non-violence and cow protection.  The centre received a citation, a memento and a cash prize of two lakh rupees in the award ceremony held in Raipur on 1 November, attended by Sri Bhupesh Baghel, Chief Minister of Chhattisgarh, and others.

On 10 November, Narainpur centre dedicated the new living quarters for the medical staff of the centre’s mobile medical service in Rowghat of Chhattisgarh, a project launched in collaboration with Bhilai Steel Plant.

Swami Gautamanandaji consecrated the new portraits of the Holy Mother and Swamiji, now installed on ornamental seats, in the temple at Gourhati centre on 15 November.


At Vrindaban Sevashrama, Swami Gurusharanananda ji of Karshni Ashram, Gokul, inaugurated the General Ward (for men) on 16 November, and Swami Gautamanandaji inaugurated the third floor of the nurses’ hostel on 26 November.

Manasadwip centre inaugurated a two-storey building on 18 November.  The building has a few rooms for office and monks’ residence.

Sri Sathya Sai University for Human Excellence, Karnataka, presented Sathya Sai Award for Human Excellence to Mumbai centre in recognition of its contribution to social welfare.  In the award ceremony held at Muddenahalli near Bengaluru on 23 November, the centre received a medal, a citation and a cash prize of five lakh rupees.

The Tourism Department, Government of Rajasthan, has designated the Ajit-Vivek Museum at our Khetri centre as an ‘Iconic Monument and Heritage Tourist Destination’ in Rajasthan.

A team of five students of class 8 of our Aalo school secured the seventh position in the state-level National Children’s Science Congress (NCSC) held at Itanagar on 12 November.  Their project “Aqua-terrace – An integrated project for hilly areas” qualified for the national-level NCSC to be held from 27 to 31 December.

On 18 November, Kalady Ashrama felicitated Sri M K Kunjhol, a former resident of the Ashrama hostel, on being awarded Padma Shri from the Government of India for his social work among backward classes.

Silchar centre, as part of its plan to build a new temple of Sri Ramakrishna, shifted its temple services from the old temple to another building on 12 November.  The foundation stone for the new temple was laid on 13 November.

Thrissur Math conducted cultural competitions for higher secondary and college students in which more than 500 students from all over Kerala participated.  The winners were awarded prizes on 11 September.

The following centres provided medical care to poor patients. A summary of the services provided by them is given below.

Asansol: An eye camp at Alladi village in Paschim Bardhaman district on 28 November in which 300 patients were treated.

Bankura: 356 eye patients were screened, 77 were operated on and 45 were given spectacles from 28 October to 27 November.

Bhubaneswar: A camp on 28 November in which artificial limbs were given to 106 physically challenged persons.

Darjeeling: Four medical camps in November in which a total of 333 patients were treated.

Hatamuniguda: An eye camp on 14 and 15 September in which 275 persons were screened and 54 were given spectacles.

Kamarpukur: 332 eye patients were treated, 117 were operated on and 66 were given spectacles in November.

Khetri: Two eye camps on 24 October and 28 November: 222 patients were treated and subsequently 85 were operated on.

Lucknow: 6358 eye patients were treated and 373 were operated on and given spectacles in November.

Madurai: Two eye camps on 17 October and 21 November: 288 patients were screened and subsequently 43 were operated on and given spectacles.

Manasadwip: Cataract surgeries for 39 patients on 10 November, in association with another organization.

Mumbai: An eye camp at Khidki village of Alibag taluka in Raigad district, Maharashtra, on 31 October: 197 patients were treated; subsequently, 41 surgeries were performed and 80 spectacles were distributed.

Nabadwip: An Ayurvedic medical camp on 28 November in which 150 patients were treated.

Nagpur: An eye camp at Mahalgaon village in Nagpur district on 31 October: 204 patients were treated; subsequently 28 surgeries were performed and 109 spectacles were distributed.

Naora: An eye camp on 28 October in which 10 patients were treated.

Porbandar: An eye camp on 12 November: 37 patients were treated and subsequently 14 were operated on for cataract.

Salem: An eye camp on 14 November: 190 patients were treated; subsequently 36 surgeries were performed and 39 spectacles were distributed.

Viveknagar, Agartala: A blood donation camp on 10 November which was inaugurated by Sri Biplab Kumar Deb, Chief Minister of Tripura.  A total of 35 persons donated blood.

Sarada Nursery School run by the Batticaloa sub-centre of Colombo branch held a function on 17 November to mark its golden jubilee.

One of our teachers at Sarada Kindergarten of Singapore centre received the Leading Foundation Teacher Award in the Early Childhood Educator category at the National Institute of Education in Nanyang Technological University, Singapore, on 24 November.

We record with sorrow the passing away of five of our brother monks.

Swami Lokahitanandaji (Vijay Maharaj) passed away at our Thiruvananthapuram hospital on 6 November at 5.40 pm due to ischemic stroke.  He was 87 and had been suffering from diabetes and hypertension for several years.  Initiated by Swami Yatishwaranandaji Maharaj, he joined the order in 1966 at Belur Math and received sannyasa diksha from Swami Vireshwaranandaji Maharaj in 1975.  A qualified orthopaedic surgeon and a brilliant TB and chest specialist, he served the order at Seva Pratishthan and Delhi centres as an assistant and at Ranchi Sanatorium and Thiruvananthapuram centres first as an assistant and then as the head.  After relinquishing the headship of Thiruvananthapuram centre in 2010, he was living a retired life there itself.  The swami was austere, methodical and hardworking by nature.

Swami Achyutanandaji (Alok Maharaj) breathed his last at Seva Pratishthan, Kolkata, on 14 November at about 9.30 pm.  He was 89 and had been suffering from diabetes, hypertension and kidney disease.  An initiated disciple of Swami Virajanandaji Maharaj, he joined the order in 1962 at Saradapitha centre, Belur, and received sannyasa diksha from Swami Vireshwaranandaji Maharaj in 1973.  He served the order at the headquarters and at Saradapitha, Kamarpukur, Kankhal, Rahara, Gol Park, Baghbazar, Varanasi Advaita Ashrama, Vrindaban, Lucknow and Cossipore centres as an assistant and Tamluk centre as the head.  He also participated in relief operations at different times. He had been living a retired life at Belur Math for about two decades.  The swami was a good speaker and has several books and articles in Bengali to his credit.  He was also well-versed in different kinds of rituals.

Swami Nigamanandaji (Vishwendu Maharaj of Dehradun centre) passed away at our Kankhal hospital on 21 November at 9.30 am.  He was 87 and had been suffering from diabetes and kidney problems for some time.  Initiated by Swami Vishuddhanandaji Maharaj, he joined the order in 1958 at Chandipur Math and received sannyasa diksha from Swami Vireshwaranandaji Maharaj in 1966. He served the order at Chandipur and Dehradun centres.  He had been living a retired life at Dehradun centre for several years.  The swami was austere and amiable by nature.

Swami Aniruddhanandaji (Sanjiv Maharaj) expired on 27 November at 12 noon at Arogya Bhavan, Belur Math, due to sudden cardiac arrest.  He was 77 and had been suffering from diabetes and other old-age ailments for the last few years.  Initiated by Swami Vireshwaranandaji Maharaj, he joined the order in 1967 at Delhi centre and received sannyasa diksha from his guru in 1977.  He served the order at the headquarters and at our centres in Delhi, Narendrapur, Gol Park, Ranchi (Sanatorium), Vrindaban, Pune, Purulia and Swamiji’s Ancestral house.  He was also instrumental in starting our centre in Shimla.  He had been living a retired life at Belur Math for about a decade.  He knew many senior government officers and served as the headquarters’ liaison with the government for several years.

Swami Jyotirghananandaji (Santosh Maharaj) breathed his last at Seva Pratishthan, Kolkata, on 30 November at 9.30 pm.  He was 98 and had been suffering from diabetes, hypertension and kidney disease for several years.  An initiated disciple of Swami Virajanandaji Maharaj, he joined the order in 1952 at Jalpaiguri centre and received sannyasa diksha from Swami Vireshwaranandaji Maharaj in 1968.  He served the order at Belur Math and at Jalpaiguri, Rangoon Society (formerly our branch centre), Purulia, Bhubaneswar, Katihar, Kankhal, Almora and Varanasi Home of Service centres as an assistant, Manasadwip centre as the head, and Varanasi Advaita Ashrama first as an assistant and then the head.  He also participated in relief operations at different times.  He had been living a retired life mainly at Jayrambati and Belur Math for about two decades. The swami was austere, quiet and amiable by nature.