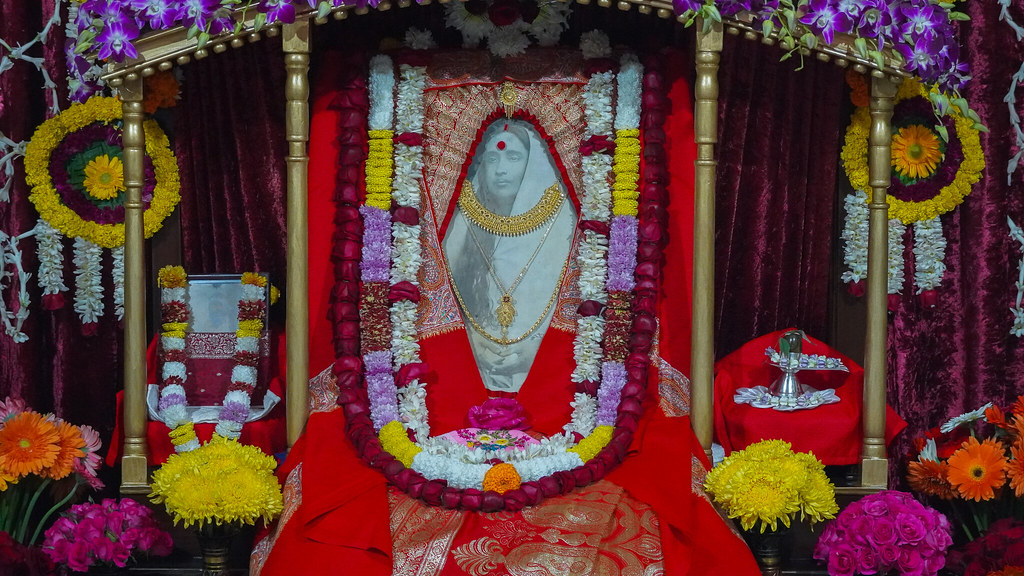 Swami Gautamanandaji will be visiting Rajkot and Vadodara from 2 to 11 January, Yelagiri from 15 to 17 January, and Coimbatore from 26 to 31 January.

Swami Prabhanandaji is at Belur Math.

Swami Suhitanandaji is scheduled to visit Ramharipur from 7 to 16 January, and Karimganj and Silchar from 28 January to 19 February. 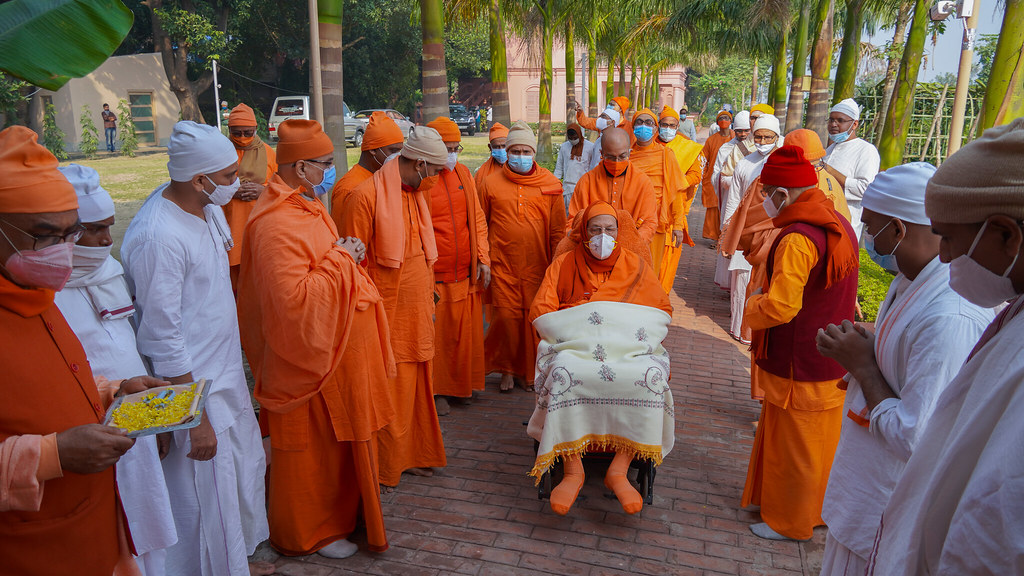 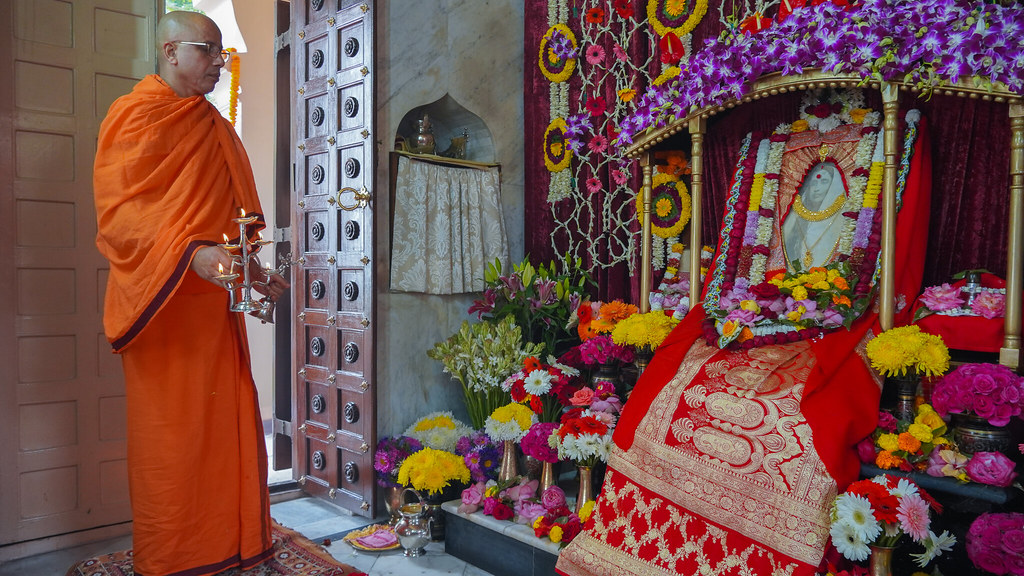 The birthday (janma-tithi) of Holy Mother Sri Sarada Devi was celebrated at Belur Math on Sunday, 26 December.  Thousands of devotees visited Belur Math for darshan on that day.  Swami Girishananda chaired the meeting held in the afternoon.  Laddu prasad was given to twenty thousand devotees. View photos in Google Album.

Belur Math premises will remain closed to devotees and visitors from 1 to 4 January due to unavoidable circumstances.

Ramakrishna Math, Ahmedabad, is upgraded to the status of a full-fledged branch centre; it was a sub-centre of Rajkot Ashrama until now.  For the contact details of the centre, please see June 2018 Bulletin.

Following the taking over of Ramakrishna Ashrama, Krishna Nagar, by the Ramakrishna Mission, a new branch centre of the Mission has been started there.   The Ashrama was founded in 1956.  The address of the new centre is

The email ids of the following centres have been changed: 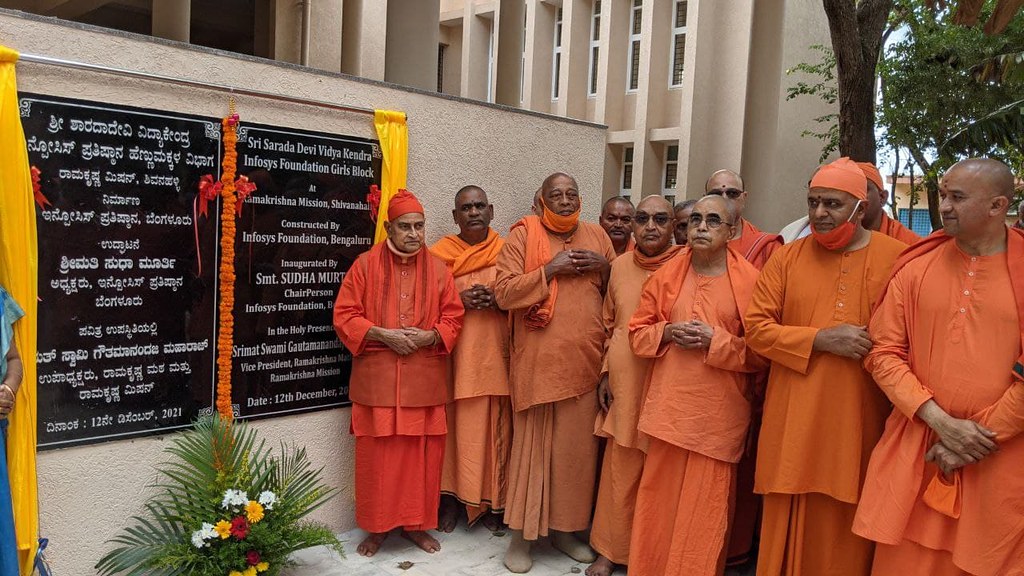 Shivanahalli centre inaugurated a new building for the girls’ section of its school on 12 December, the birthday of Swami Premanandaji Maharaj.  Swami Gautamanandaji graced the occasion.

Swami Suhitanandaji installed new portraits of the Holy Trio in the temple at Viveknagar centre, Agartala, on 12 December. 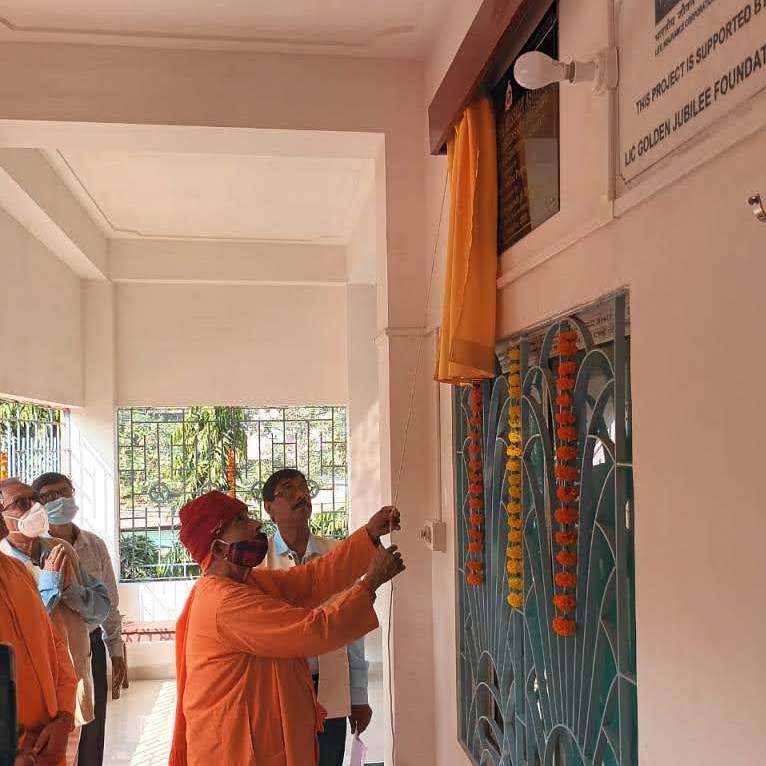 Guwahati centre inaugurated the first floor of the dispensary building on its Chatribari campus on 13 December.

Sarisha centre marked the centenary of its foundation by holding special puja and discourses on 25 December and a youths’ conference on 30 December.  Revered President Maharaj had sent a video message for the occasion.

Revered President Maharaj inaugurated an auditorium complex at Swamiji’s Ancestral House, Kolkata, through virtual mode on 30 December.  The General Secretary and a number of monks and devotees attended the programme in person.  The building has a large auditorium, a prayer hall, a seminar hall and a few living rooms for speakers and guests.

Students of Narainpur school took part in different games conducted by the School Games Federation of India and won 18 gold, 9 silver and 11 bronze medals at the state level.

The National Assessment and Accreditation Council (NAAC) awarded the highest grade of A++ to Vidyamandira college, Saradapitha, Belur, for five years.

The following centres provided medical care to poor patients.  A summary of the services provided by them is given below.

Asansol: An eye camp on 19 December: 100 patients were treated and 20 were selected for cataract surgery.

Bankura: 321 eye patients were screened, 123 were operated on and 41 were given spectacles from 28 November to 30 December.

Darjeeling: Two medical camps in December in which a total of 125 patients were treated.

Hatamuniguda: An eye camp from 5 to 7 December: 458 patients were screened and 61 spectacles were given.

Kamarpukur: 281 eye patients were treated, 96 were operated on and 72 were given spectacles in December.

Khetri: 170 eye patients were screened and 51 were operated on in December.

Lucknow: 11,018 eye patients were treated and 483 were operated on and given spectacles in December.

Madurai: An eye camp on 19 December: 206 patients were screened, 51 were identified with cataract defects, 44 were operated on, and 52 spectacles were given.

Manasadwip: (i) Conducted two eye camps on 5 and 18 December: 194 patients were treated and 56 spectacles were distributed, and (ii) Arranged cataract surgeries for 50 patients on 9 December, in association with another institution.

Naora: An eye camp on 27 November: 11 patients were operated on.

Porbandar: An eye camp on 10 December: 93 patients were treated and subsequently 35 were operated on for cataract.

Rajkot: Eye camps from 24 November to 22 December: 44 patients were treated and 26 were operated on.

Visakhapatnam: A medical camp in Srikakulam district on 19 December: 136 patients were treated.

We record with sorrow the passing away of two of our brother monks. Swami Shivavratananda ji (Kalipada Maharaj) passed away at Seva Pratishthan, Kolkata, on 13 December at 12.45 am.  He was 94 and had been suffering from diabetes, hypertension and kidney disease for several years.  Initiated by Swami Shankaranandaji Maharaj, he joined the order in 1956 at Belur Math and received sannyasa diksha from Swami Madhavanandaji Maharaj in 1965.  He served the order at Belur Math and Purulia, Prayagraj and Mumbai centres. He was a sevak of Swami Shankaranandaji Maharaj for four years.  He also participated in our relief and rehabilitation project at Morvi, Gujarat, between 1979 and 1981.  He had been living a retired life at Belur Math for the last ten years. The swami was well versed in Vedantic scriptures.  Many devotees, young and old, lost in him a great well-wisher of theirs. Swami Saradatmananda ji (Anil Maharaj) breathed his last at Seva Pratishthan, Kolkata, on 14 December at 8.50 am.  He was 92.  Initiated by Swami Shankaranandaji Maharaj, he joined the order in 1953 at Belur Math and received sannyasa diksha from Swami Madhavanandaji Maharaj in 1963.  He served the order at the headquarters (Accounts department) and Deoghar and Purulia centres as an assistant and Medinipur centre as the head.  After relinquishing the headship of Medinipur centre in 1999, he lived a retired life there itself till 2013 and then at Arogya Bhavan, Belur Math.  The swami was austere, affable and jovial by nature.