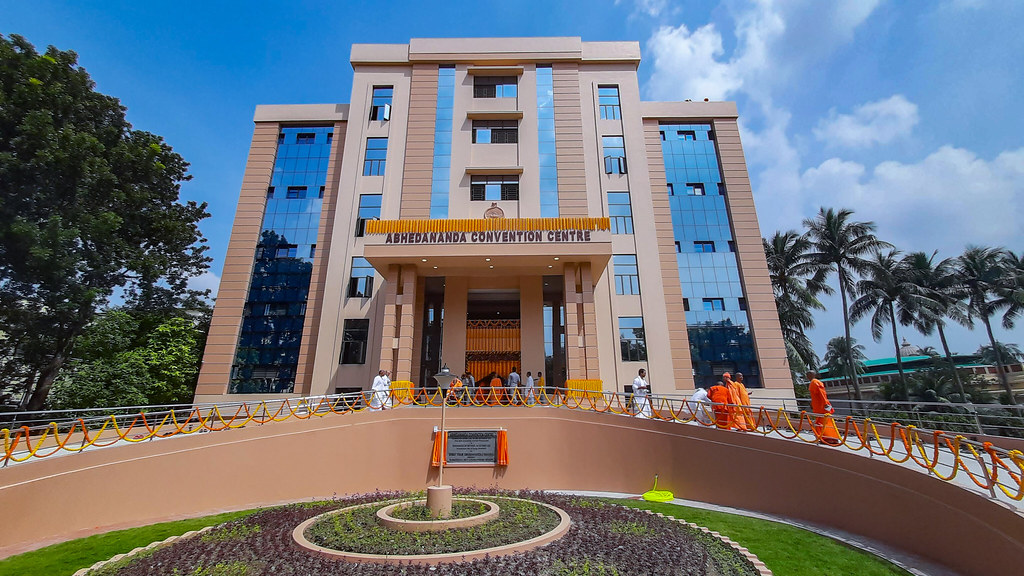 Revered President Maharaj will be visiting Kamarpukur and Jayrambati from 25 November to 9 December.  He is keeping well.

Swami Gautamananda ji is in Delhi.  He will be visiting Gurugram, Dehradun, Prayagraj and  Varanasi before returning to Chennai on 14 November.  Later, he is scheduled to visit Yelagiri, Nattarampalli and Chengam from 22 to 29 November.  He is keeping well.

Swami Prabhananda ji was admitted to Seva Pratishthan on 11 October due to a fever.  He is undergoing treatment for age-related illnesses.

Swami Suhitananda ji is in Bardhaman.  He is scheduled to return to Belur Math on 14 November after visiting Katwa, Srikhanda and Nabadwip.  He will be visiting Deoghar and Sargachhi from 24 November to 13 December.  He is keeping well.

Swami Girishananda ji will be visiting Silchar, Karimganj, Haflong and Hailakandi from 2 to 30 November.  He is keeping well. 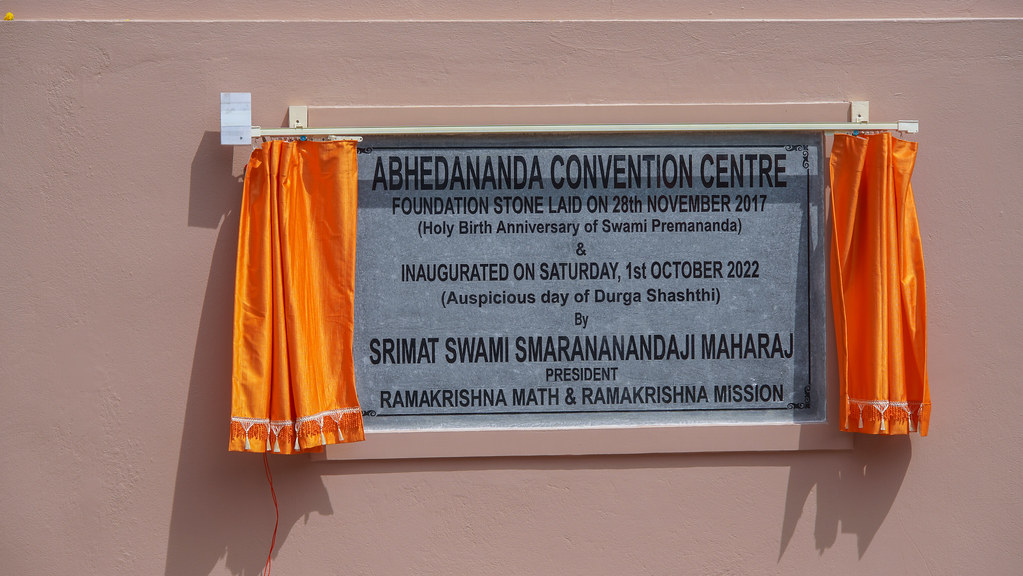 Durga Puja was celebrated at Belur Math from 2 to 5 October with devotional fervour.  Despite occasional showers, thousands of devotees thronged the puja pandal all the four days to have darshan of the Divine Mother and receive Her blessings.  Prasad was served to 55,000 devotees on the Ashtami day and, in total, to 1,30,000 devotees during the four days.

Gandhi Smarak Sangrahalaya, Barrackpore, Kolkata, presented the Mahatma Gandhi Memorial Award to the Ramakrishna Math and Ramakrishna Mission on 2 October, Gandhi Jayanti, in recognition of our service activities.  The award carried an engraved silver salver, a citation and a sum of ten thousand rupees.

Following the taking over of Sri Ramakrishna Trust, Chengam, by the Ramakrishna Math, a new branch centre of the Math has been started there. This ashrama was started in 1978.

Digboi centre launched a website with the address: www.rkmdigboi.org.

As part of the Azadi Ka Amrit Mahotsav, the following centres conducted programmes mentioned against their names.

Gadadhar Ashrama: (i) Cultural competitions for students in May and June in which 156 students took part. (ii) Students’ conventions at two schools in Kolkata on 30 July and 6 August in which 355 students and 85 teachers and others took part. (iii) A cultural programme and prize distribution ceremony on 14 August at a public hall in Kolkata attended by 250 people, comprising mostly students.

Malda: Cultural competitions and sports events from 22 July to 15 August in which 1762 students took part.

Hyderabad: Sri Ujjal Bhuyan, Chief Justice of Telangana High Court; Sri K Padmanabhaiah, former Home Secretary, Government of India, and others spoke in a seminar on 17 September.  About 400 people participated in the seminar.

Koyilandy: A devotees’ convention on 16 October which was attended by 170 people.

Portland, USA: A devotees’ meet on 28 May, attended by 55 devotees.

A student of our Kalady school won a gold medal in the obstacle race at the national level NCC competitions held in Delhi on 21 September.

Seva Pratishthan opened a modular operation theatre, set up in one of its hospital buildings, on 22 October.

Coimbatore Mission held three youths’ conventions on 24 and 30 September and 13 October in which a total of 300 school and college students from 3 institutions in Coimbatore, Mettupalayam and Tiruppur took part.

Delhi centre conducted 15 workshops on values education in offline mode and 6 in online mode, from 29 September to 22 October.  In all, 1011 school principals and teachers from different parts of India participated in these workshops.

Rajkot centre conducted five values education programmes from 23 September to 7 October in which 696 students from class 9 to 11 attended.

Salem Ashrama conducted three values education programmes at three colleges in Salem and Dharmapuri districts from 6 to 14 October in which a total of 600 students participated.

Coimbatore Mission: Eight medical camps (2 eye, 1 orthopaedic, 1 cardiology, 1 ENT and 3 general camps) in rural and tribal areas of Coimbatore district from 25 September to 16 October in which a total of 492 patients were treated.

Delhi: Eye operations on 18 patients and distribution of spectacles to 7 patients in September.

Guwahati: A medical camp in a village of Hojai district on 16 October in which 376 patients were treated.

Kamarpukur: 375 eye patients were checked, 53 were operated on and 104 were given spectacles in October.

Lucknow: (i) 8353 eye patients were checked and 378 were operated on and given spectacles in September. (ii) A blood donation camp on 17 September. (iii) A nutrition programme for children with cleft lip or palate on 26 September.

Madurai: An eye camp on 16 October – 103 patients were screened, 19 underwent cataract surgery and 7 were given spectacles.

Naora: A general health camp on 13 October in which 210 patients were treated.

Rahara: Two medical camps at Pathankhali (in South 24 Parganas) and Mallickgheri (in North 24 Parganas) on 28 August and 11 September in which 1300 patients were treated.

Salem: A medical camp on 16 October attended by 351 patients.

Thanjavur: A medical camp on 9 October in which 50 patients were treated.

We record with sorrow the passing away of Swami Pranadananda (Vishwanath Maharaj) on 1 October, the auspicious Durga Shashthi, at 4 pm, at Arogya Bhavan, Belur Math, owing to cardiac arrest.  He was 80 and had been suffering from diabetes, hypertension and ischemic heart disease for some years.  Initiated by Swami Bhuteshanandaji Maharaj, he joined the order in 1976 at Belur Math and received sannyasa Diksha from Swami Vireshwaranandaji Maharaj in 1985.  He served the order at Belur Math (central kitchen and headquarters office) and Balaram Mandir, Bankura, Contai and Muzaffarpur centres.  He had been living a retired life at Belur Math for the last three years.  The swami was austere and soft-spoken.

Relief Services : A Brief Report as on 1 November 2022