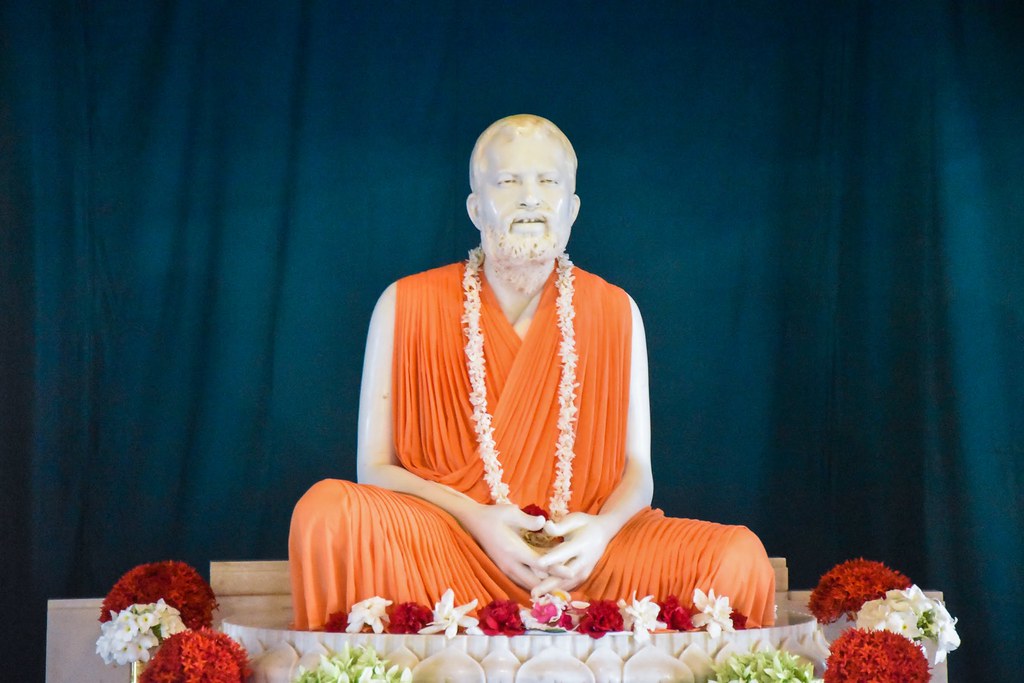 Swami Vagishananda ji, who had been admitted to Seva Pratishthan on 14 September on account of some old-age problems, was discharged from the hospital on 27 September.  He is recuperating well at Cossipore Math.

Swami Gautamananda ji continues to be in Jayrambati.

All of them are keeping well.  They have no tour programme scheduled for October.

Phone/Fax Numbers: Baranagar Math has discontinued all its landline telephone and fax connections.  It has two new mobile telephone connections: 82402 49820 and 98316 36765.

Naora Math has launched a website with address: rkmnaora.org

The Directorate of School Education, Government of West Bengal, presented the Best School Award to our Malda school on 5 September, Teachers’ Day.  The award consisted of a trophy and a sum of one lakh rupees.

Rajkot Ashrama held a webinar, in association with the Parliament of World’s Religions, Chicago, USA, on “Interfaith Harmony for World Peace” on 11 September in which the General Secretary and a number of swamis and eminent scholars from different countries spoke.

Thanjavur sub-centre of Chennai Math held a motivational talk for autorickshaw drivers and a Covid awareness programme for the public on 12 September.  In all, 60 people attended the events.

Deoghar Vidyapith has been ranked first among the CBSE (Central Board of Secondary Education) schools in India by the education portal  thelearningpoint.net based on the students’ performance in Class-10 Board examination, 2020.

Delhi centre conducted 22 online workshops on values education in September. In all, 1295 teachers from different parts of India attended these workshops.

On the occasion of Teachers’ Day on 5 September, Rajkot centre held a webinar for teachers in which 176 people took part.

We record with sorrow the passing away of four of our brother-monks.

Swami Achintyananda (Ramesh of Rajamahendravaram centre) passed away at a hospital in Visakhapatnam, on 14 September at 6.15 pm.  He was 58.  While at Rajamahendravaram centre, he was severely affected by Covid-19 towards the end of August.  Since the required medical facilities could not be found in the district, he was rushed to Visakhapatnam in the early hours of 31 August and was admitted to a Covid hospital there.  Despite good medical care, his condition deteriorated and he developed septicemia, to which he later succumbed.  Initiated by Swami Tapasyanandaji Maharaj, he joined the order in 1988 at Belur Math and received sannyasa diksha from Swami Ranganathanandaji Maharaj in 1999.  He was a homeopathy doctor and served at Madurai, Visakhapatnam, Kadapa and Rajamahendravaram centres.  He was simple and unassuming by nature.

Swami Atandrananda (Biman Maharaj of Belur Math) expired on 12 September at 3.10 am at Seva Pratishthan, Kolkata.  He was 75 and had been suffering from diabetes and other ailments for some years.  An initiated disciple of Swami Vireshwaranandaji Maharaj, he joined the order in 1970 at Belur Math and received sannyasa diksha from his Guru in 1983.  He served at Belur Math and Narendrapur, Baranagar Mission, Dehra Dun, Kamarpukur, Kankurgachhi, Kankhal, Chandigarh, Shyamla Tal, Visakhapatnam, Contai, Cossipore and Deoghar centres.  He also participated in relief activities at Ghatal, West Bengal (1977); Morvi, Gujarat (1979-81) and Srikakulam, Andhra Pradesh (1981-82).  He was staying at Belur Math since 2002.  The swami was conversant with different types of ritualistic worship.

Swami Shashishekharananda (Rajnarayan / Raju of Baranagar Mission centre) passed away on 6 September at about 11.30 am at Dreamland Nursing Home, Kolkata.  He was 44 and had been suffering from kidney problems and diabetes for quite some time.  He tested positive for Covid-19 on 19 June.  Although he recovered from Covid-19 after some days, his health condition deteriorated in the following weeks and he was admitted to the nursing home on 24 August.  Initiated by Swami Bhuteshanandaji Maharaj, he joined the order in 1997 at Saradapitha centre, Belur, and received sannyasa diksha from Swami Gahananandaji Maharaj in 2006.  He served at Saradapitha centre and subsequently at Baranagar Mission centre, first as the headmaster of its primary school and later as the assistant headmaster of its high school.  In him the order has lost a young, energetic and promising member.

Swami Varishthananda (Devendra of Varanasi Home of Service) breathed his last at our Varanasi hospital on 10 September at 12.30 pm.  He was 61.  About a week before the fateful day, he was found to have developed intestinal perforation which later caused septicemia and proved fatal.  Initiated by Swami Vireshwaranandaji Maharaj, he joined the order in 1987 at Belur Math and received sannyasa diksha from Swami Ranganathanandaji Maharaj in 2005.  A medical doctor with an excellent academic career all through, he served at Belur Math and Mumbai, Deoghar and Varanasi Home of Service centres.  He also participated in the flood relief work in Guwahati in 1987.  On his initiative, the Home of Service started a comprehensive community health programme that provides health education, food supplements and so on in slums and rural areas.  He carried on this project right from its inception about twenty years ago till his last days.  The project earned heartfelt appreciation from all quarters.  The swami was liked and admired by all for his attitude of service, humility, kindheartedness, and jovial and sociable nature.