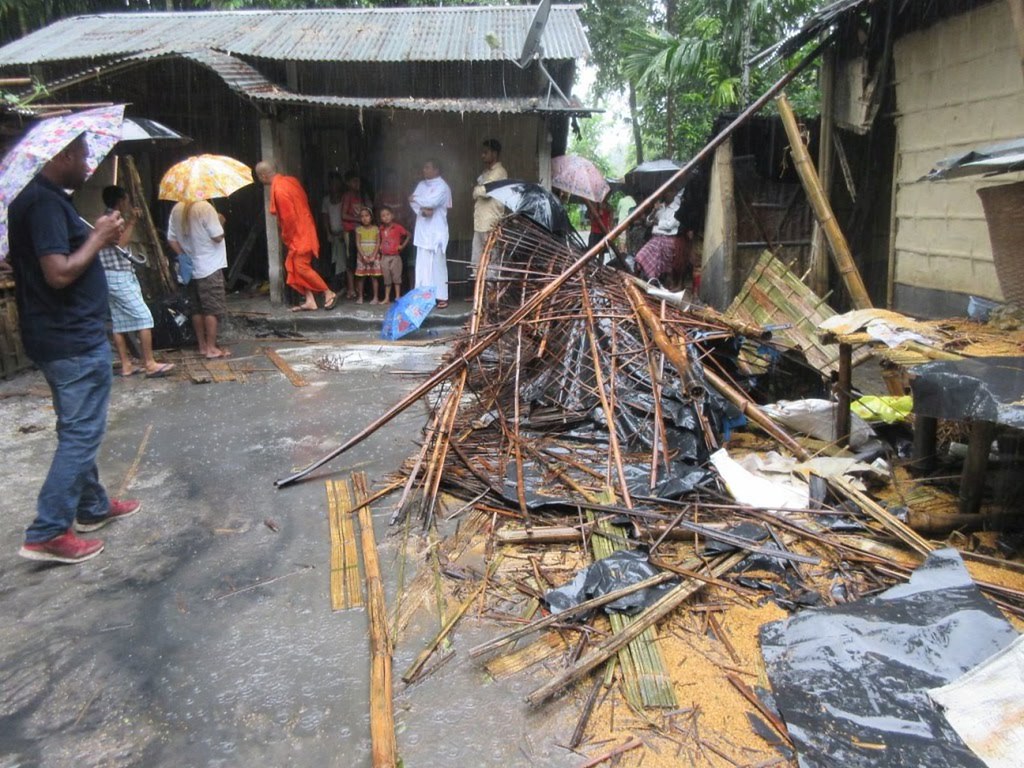 Odisha: In the concluding phase of the ‘Fani’ cyclone relief, Puri Mission distributed 2000 saris, 2000 lungis, 2000 towels and 2000 mosquito-nets among an equal number of families in Puri district from 18 to 27 July.

Gujarat: Rajkot centre distributed 5300 packets of snacks to people who had taken shelter in government-run camps in Rajkot, Morbi and Gir-Somnath districts as a precautionary measure against the Cyclone Vayu from 12 to 16 June.

Karnataka: In response to the drought in various parts of Belagavi district, Belagavi centre distributed 40.92 lakh litres of water among 5543 affected families from 4 May to 18 June.

Maharashtra: In the aftermath of the recent drought, Aurangabad centre distributed 31.45 lakh litres of water in 13 villages of Aurangabad district from 19 May to 30 July.

The Unveiling Of Sister Nivedita Statue at Great Torrington