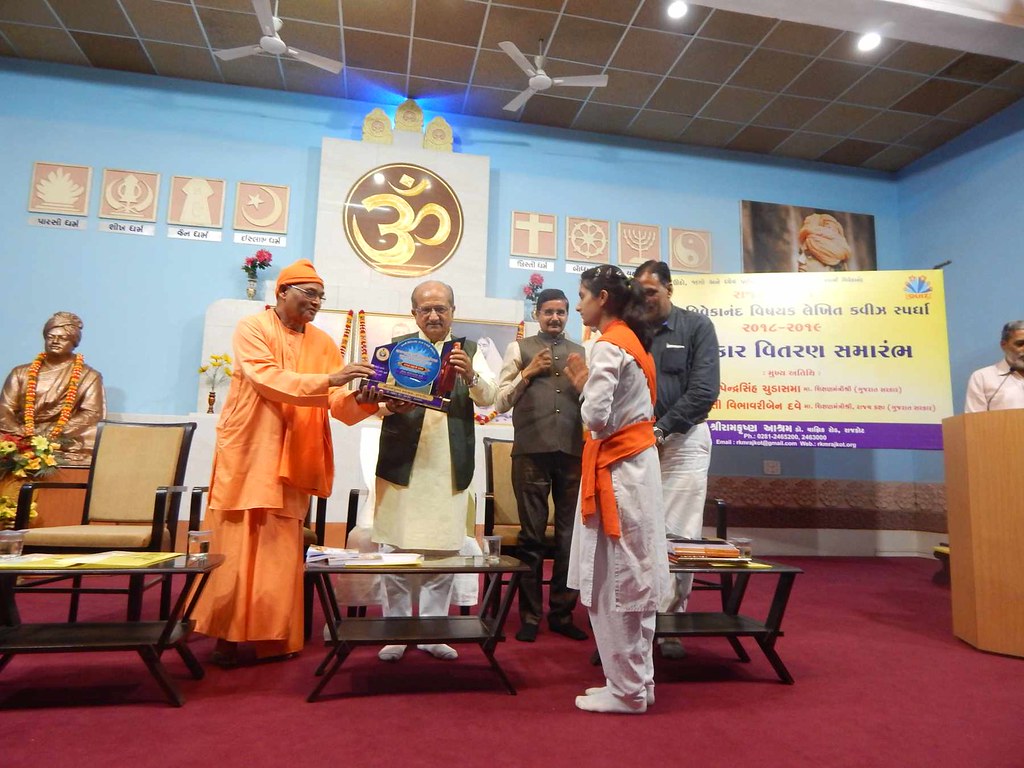 A souvenir on Swami Vivekananda and Gujarat commemorating the 125th Anniversary of Swami Vivekananda’s visit to Gujarat published by Shri Ramakrishna Ashrama, Rajkot was released by Shri Bhupendrasinh Chudasama, Minister of Education, Government of Gujarat on 24th February, 2019 in the presence of about 500 students, teachers, parents and large number of dignitaries.

On this occasion 6 state level and 96 district level toppers of the State level written Quiz Competition on Swami Vivekananda were distributed prizes. The competition was organized by Shri Ramakrishna Ashrama, Rajkot in which 79,131 student of 9th to 12th std. of 994 Schools of Gujarat had participated.