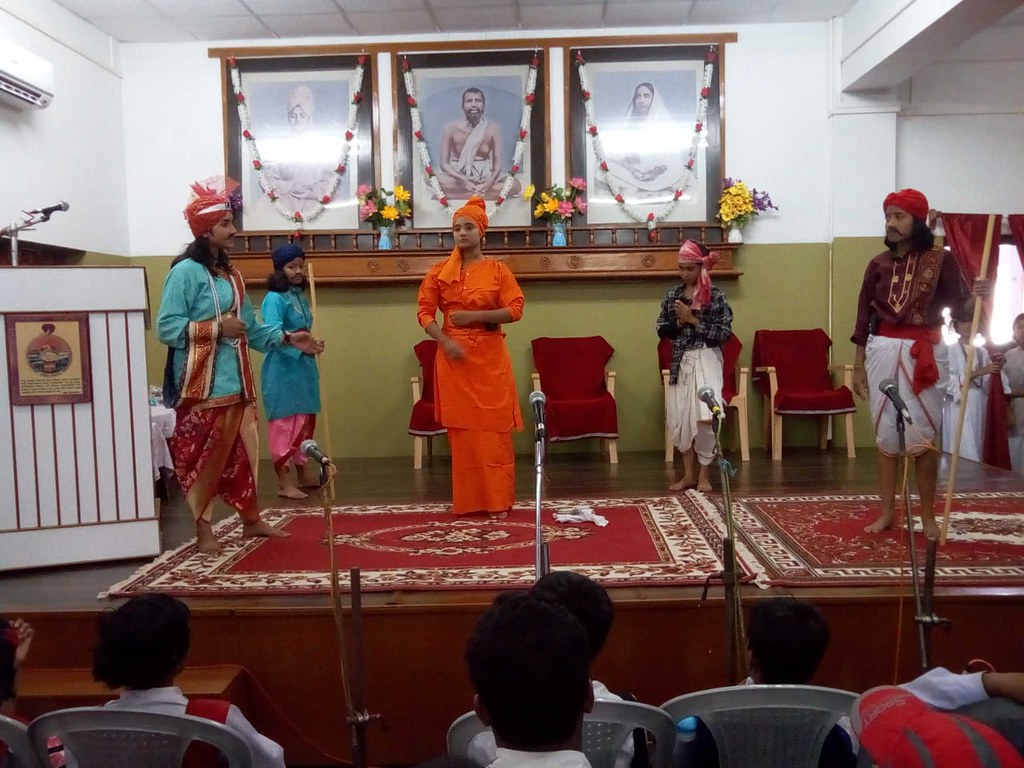 Cultural competitions were conducted in 27  schools of Purba Medinipur and Paschim Medinipur.

After the competition, in each school, a seminar on Chicago addresses and a prize distribution programme were held.

An inter-school cultural competition was held in the premises of Ramakrishna Math and Ramakrishna Mission Sevashrarma, Tamluk where the first and second prize winners from each school competed.

The students of Hat Sarberia Dr. Bidhan Chandra Roy Smriti Sikshaniketan presented a song and the students of Moyna Vivekananda Kenya Vidyapith performed a short drama on the life of Swamiji.