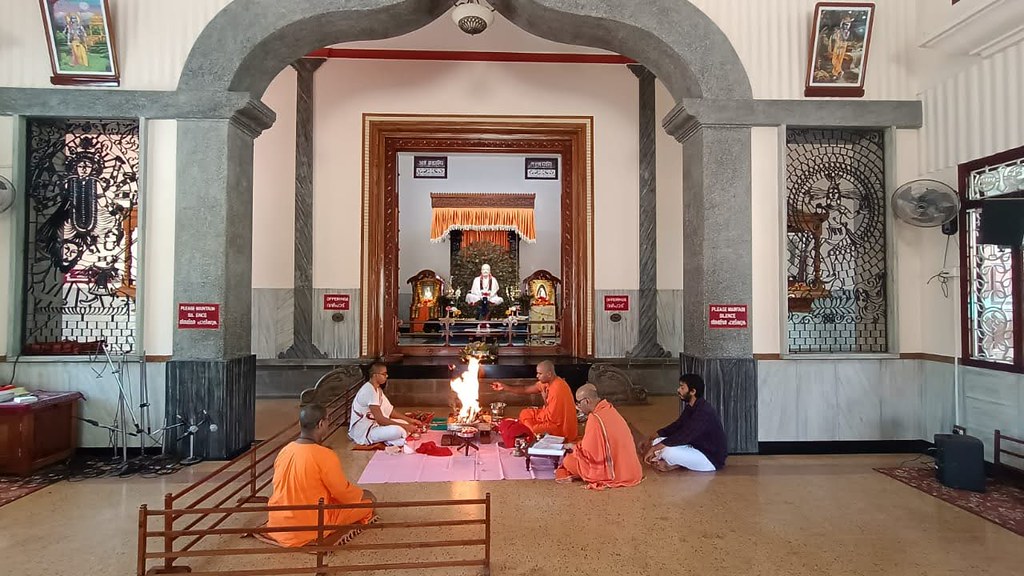 Vishu/Subha Nava Barsha (Malayalam and Bengali New Year) and Temple Consecration anniversary day was celebrated on 15 April 2022 in a befitting manner.  On this occasion a Special Puja to Sri Ramakrishna, Homa and Devotional Bhajans etc. were performed according to Kalady Ashrama tradition and Kerala custom. A Traditional lamp consisting of Coconut,  the Vishukkani setting consists of several items (such as rice, jackfruit, fruits, betel leaves, arecanut, mirror, flowers) was kept lighted for the whole day in front of the shrine. A special bhog arati and bhajans were performed at 12.30 pm and cooked prasad was served to all devotees.  After evening Aratrikam, circumambulation of the temple carrying Sri Ramakrishna’s photo and singing was carried out. Devotees also participated in the pradakshina. Everyone was greeted with Vishu and prasad was distributed.

Sri Shankaracharya Jayanti at Kaladi, May 2022