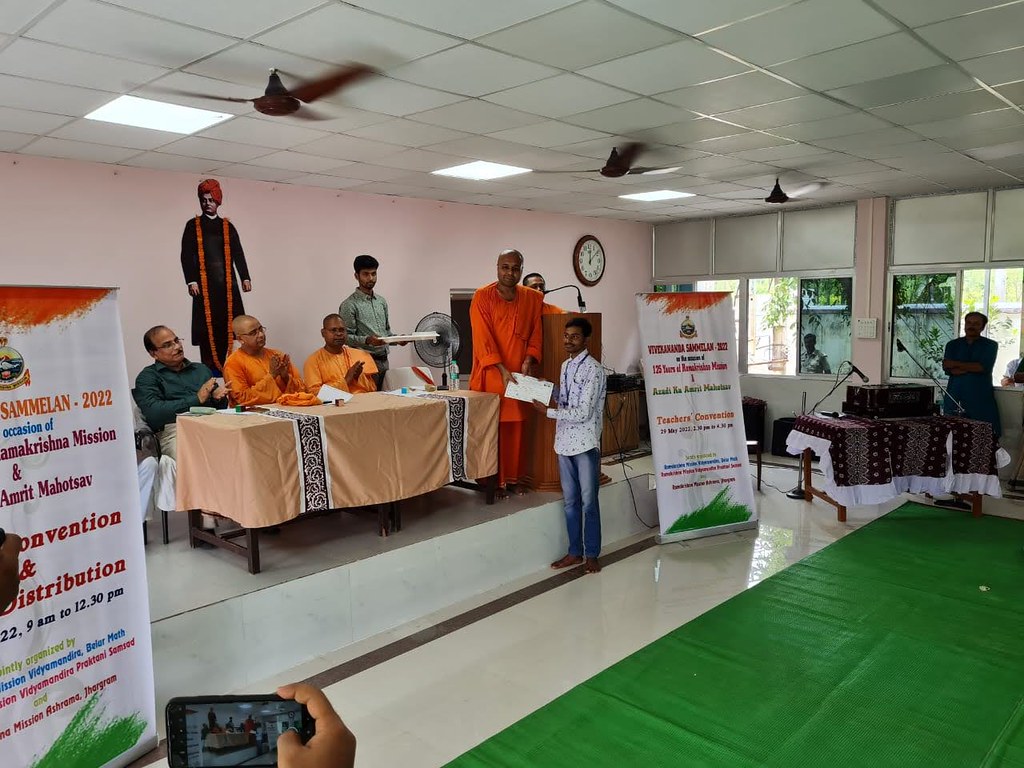 Every year Ramakrishna Mission Vidyamandir, Belur Math and Ramakrishna Mission Vidyamandir Praktani Samsad organize Vivekananda Sammelan consisting of cultural competitions at the college level and Teachers’/Students’ conventions for 3 days in a district of West Bengal. This year the programs were conducted in the Jhargram district in association with Jhargram ashrama on the occasion of ‘Azadi ka Amrit Mahotsav’.

The competitions (Elocution in Bengali & Santali, Quiz and Yogasana) were held at two venues in the district on 27 and 28 May 2022 in which 125 students from 18 colleges and one University participated. A Youth Convention and Teachers Convention were held in the ashrama on Sunday, 29 May 2022. 250 youths and 160 teachers from all over the Jhargram district took part in the conventions. Swami Shastrajnananda, Secretary, Ramakrishna Mission Saradapitha presided over the conventions and handed over the prizes to the top 3 winners in each competition from both the zones.