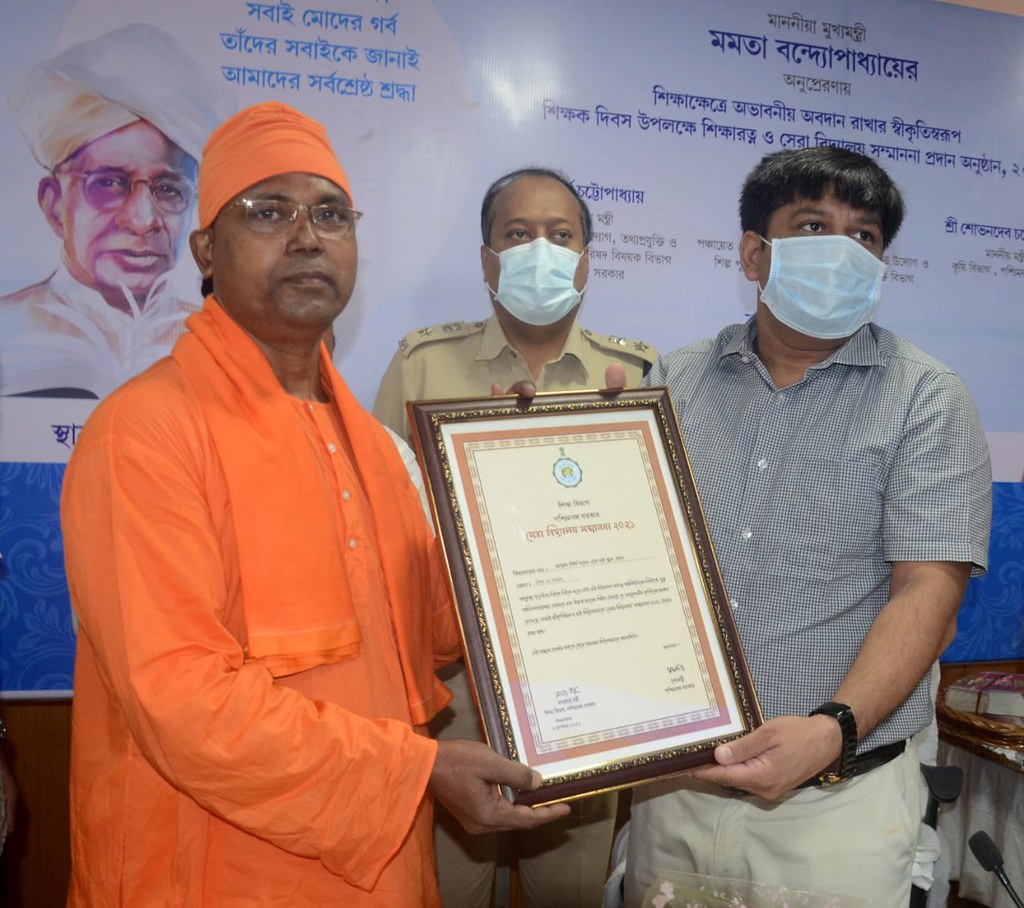 The following achievements of our students, staff and institutions of the Ramakrishna Mission in the year under review are worth mentioning:

Two students of Chennai Sarada Vidyalaya were selected for Environmental Consciousness Programme jointly organised by US consulate and Rotary Club of Madras East.

One student of our Jamshedpur school, became the state topper in the state Secondary Examination 2022, conducted by Jharkhand Academic Council.

Thirteen tribal students of our Jhargramschool were felicitated by the Chief Minister of West Bengal for their good academic record in class-10 and class-12.

The Tourism Department, Government of Rajasthan, designated the Ajit-Vivek Museum of Khetricentre as an ‘Iconic Monument and Heritage Tourist Destination’ in Rajasthan.

Two students of our Lumdung school stood 3rd and 5th in the Arunachal Pradesh State Board Exam in 2021-22 for class-5.

A student of our Manasadwip school was awarded with B.R. Ambedkar Medha Puraskar.

Students of our Malda school secured the following ranks in an international competition organized by the Science Olympiad Foundation:

The Chief Minister of Karnataka presented Amrita Mahotsava State Award to Mangalurucentre in recognition of the centre’s service activities.

Saradapitha: The National Assessment and Accreditation Council (NAAC) awarded the highest grade of A++ to Vidyamandira college, Saradapitha, Belur, for five years.

Rotary Club Shillong Heritage presented Vocational Excellence Award to Shillong centre in recognition of the centre’s services to the community.

A class-10 student of our Visakhapatnamschool became the state topper in boxing.

The Government of West Bengal presented the Best School Awards to our schools at Narendrapur, Puruliaand Rahara Each school received a trophy, a citation and a sum of one lakh rupees.

The following achievements of our students, staff and institutions of the Ramakrishna Math in the year under review are worth mentioning:

Prabuddha Bharata, the English monthly published by Mayavati Advaita Ashrama, was included on the prestigious ‘Reference List of Quality Journals’ of UGC-CARE (University Grants Commission-Consortium for Academic Research and Ethics).