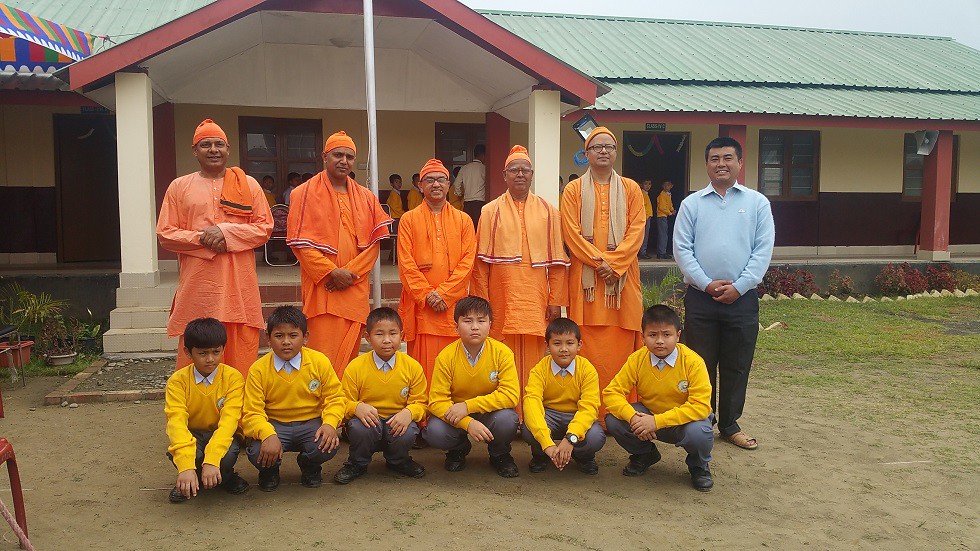 Important developments in the activities of the Ramakrishna Math and Ramakrishna Mission during the year 2016-17:

Gwalior centre rolled out Tata ClassEdge (e–learning) facility for its students. The centre also introduced E-tech Online School and a Management Software in its school.

Added a TV to the children’s section, and an e-book reader to the senior section of its district library.

Added the following machinery and equipment to ITI: 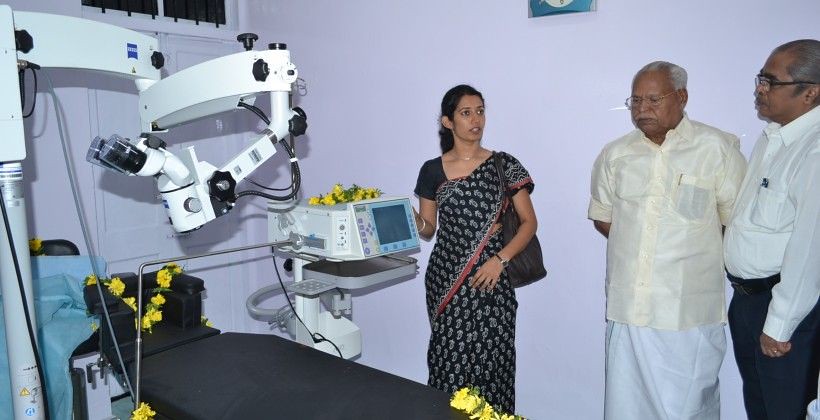 Thiruvananthapuram centre built an operation theatre block with 5 opeation theatres. The centre also added a 2D-Echo machine and a TMT Machine to the cardiology department. 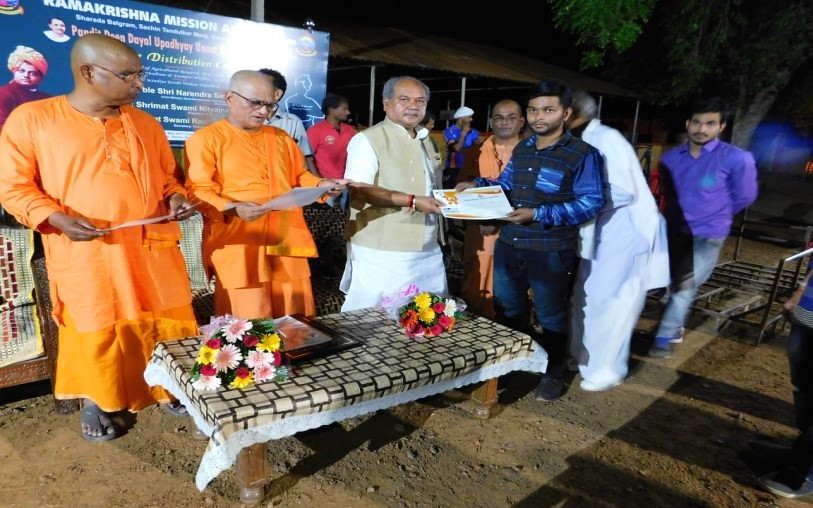 The Government of Jharkhand started a Kisan Single Window Centre at Getalsud farm of the Sri Narendra Modi, Prime Minister of India, declared open the centre.

27 units of NADEP Compost tanks and 57 units of raised platform for goat rearing were constructed and a solar pump for irrigation was installed.

With the sponsorship of NABARD, Livelihood and Enterprise Development Programme (LEDP) was started to empower 200 self-help group women of Angara Block as smart Agripreneures.

Sargachhi centre started a soil testing laboratory for farmers with the sponsorship of Govt. of West Bengal. 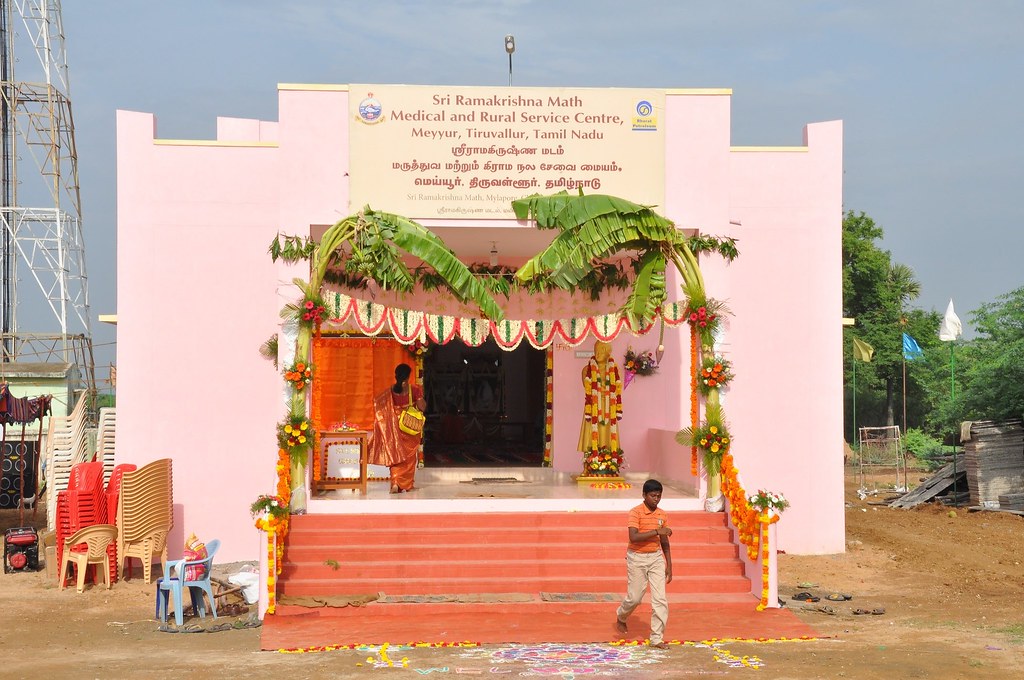 Imphal centre set up a new primary school at its Uripok campus.

The kitchen-cum-dining-hall at Indore centre was renovated.

The emergency department at Itanagar hospital was renovated.

A school building was constructed at Kozhikode

Lucknow centre added a first floor to its guesthouse.

Purulia Vidyapith added a two-storey study hall to the Brahmananda Sadan of Vidyapith.

The third floor on the Swami Vivekananda Sesquicentenary Building of Sikshanamandira (a residential college of teacher education under Saradapitha) was declared open.

Sohra Ashrama built a secondary school building at its sub-centre in Shella.

Barisha Math renovated the 4th and 5th floors of the old-age home.

Bhubaneswar centre added a first floor to the monks’ quarters.

Kamarpukur centre built a dining-hall for devotees on the first floor of Chandramani Smriti Sadan. 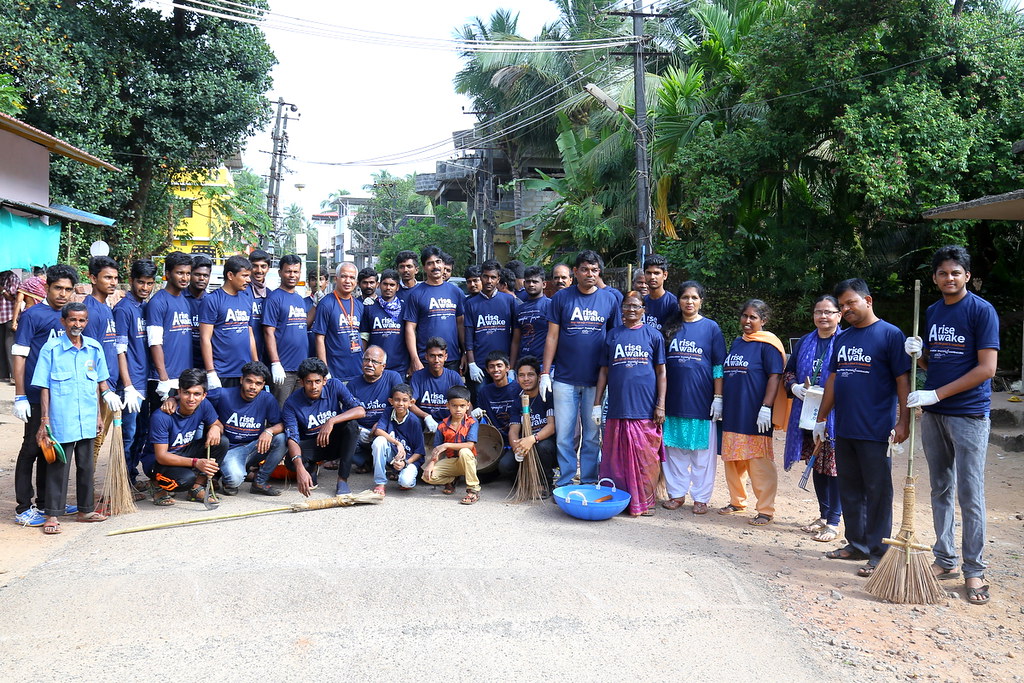 The following centres took forward Swachchha Bharat Abhiyan (a cleanliness campaign launched by the Government of India) by holding the programmes given below:

Baranagar Mission Ashrama conducted a cleaning programme in which roads and lanes of Baranagar locality and the Ashrama premises were cleaned.

Students of Gwalior centre participated in a rally and enacted a play on Swachchhata Abhiyan which was telecast in 117 countries.

Mangaluru centre conducted 300 cleanliness drives in which about 35,000 people participated.

Ranchi Morabadi centre observed the last Saturday of every month as the cleanliness day. The centre also held a cleanliness awareness programme at Baridhi village in Ranchi

Vadodara centre held a talk and a cleaning programme at a school. The centre also conducted a public meeting, two cleanliness drives and felicitated about 90 sweepers of Vadodara municipality.

Almora centre undertook cleaning of nearly one kilometer stretch of a public road in Almora every Sunday with the help of local people.

Bamunmura Math organised two cleanliness programmes – one in a local colony and the other in a Girls’ High School.

Chennai Math, in association with Chennai Students’ Home, launched a yearlong programme Our locality, our responsibility to promote cleanliness and hygiene at Pattinapakkam in Chennai, a seashore area, which was severely affected by the floods in November 2015.