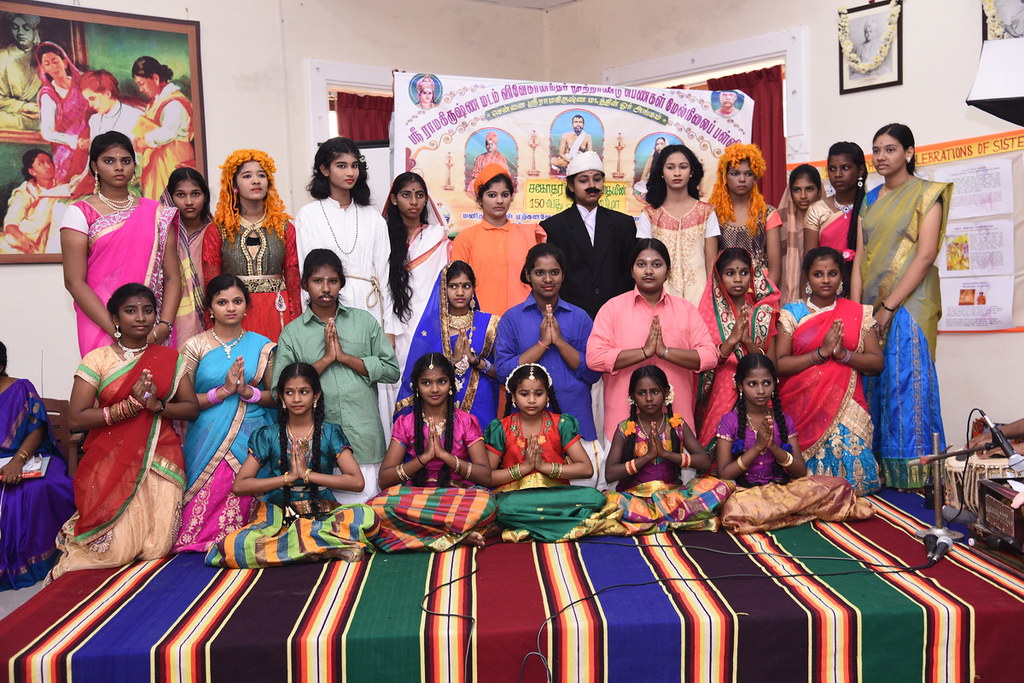 With regard to Ramakrishna Mission & Ramakrishna Math, the following events and achievements during the year under review are worth mentioning:

The headmistress of the primary school of Chengalpattu centre received Dr Radhakrishnan Best Teacher Award from the Govt. of Tamil Nadu.

The Middle School of Chennai Sarada Vidyalaya received the Best School Award from the Government of Tamil Nadu.

A student of the College of Arts and Science of Coimbatore Mission Vidyalaya who participated in the Advanced Leadership Camp conducted by NCC Group Headquarters, Coimbatore, received a medal and a certificate for his outstanding performance.

Dr Lobsang Tsetim, an ophthalmologist at Itanagar hospital, received the Eye Health Heroes Award at the 10th General Assembly meeting of the International Agency for Prevention of Blindness held in Durban (South Africa).

A student of Katihar school secured the gold medal at the state-level weightlifting competition conducted by Art, Culture and Youth Department, Government of Bihar, at Sitamarhi.

A student of Medinipur school secured the 9th rank and a student of Rahara centre the 10th rank in the West Bengal Joint Entrance Examinations (Medical) conducted this year.

A student of the hostel attached to Nagpur Math secured the Best Student Award 2015-16 in Rashtrasant Tukadoji Maharaj Nagpur University.

Purulia Vidyapith was awarded Ramawatar Gupta Pratibha Puraskar 2016 by Sanmarg Foundation, Kolkata, for achieving the best results in Hindi in class-10 examination conducted by West Bengal Board of Secondary Education.

An assistant professor at Narendrapur faculty centre of RKMVERI (deemed university) received the Young Scientist Award from the Society of Extension Education, Agra, for his contribution to the field of extension education.