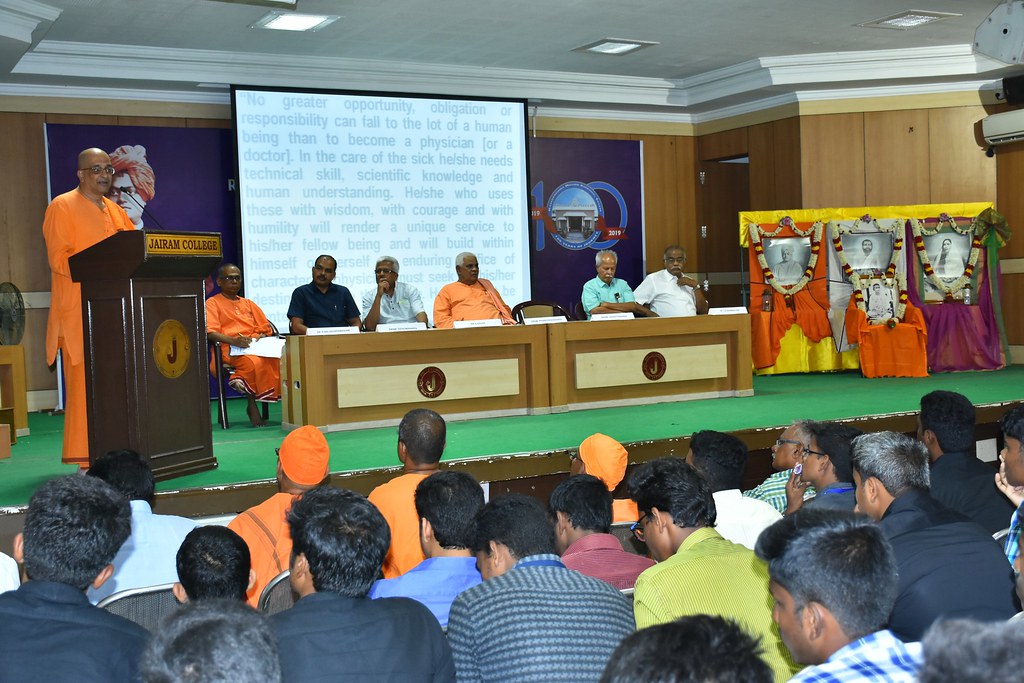 The Foundation Stone of Ramakrishna Mission Ashrama, Salem was laid on 13 June 1919.

A doctors conference was organized at Jairam Arts and Science College, Chinnathirupathi, Salem, on 13 June 2019.

250 devotees attended & prasad was distributed to all.

Program to honour Sanitary Staff members of Salem Corporation (Ward No.14, 15 & 16) was held on 22 June 2019, as part of the Centenary Celebration.

Satsang as part of Centenary Celebrations was conducted at Salem Central Prison on 28 April 2019.

The program started with Vedaparayana by Swami Yogirajananda followed by a welcome & introductory address by Swami Yatatmananda.