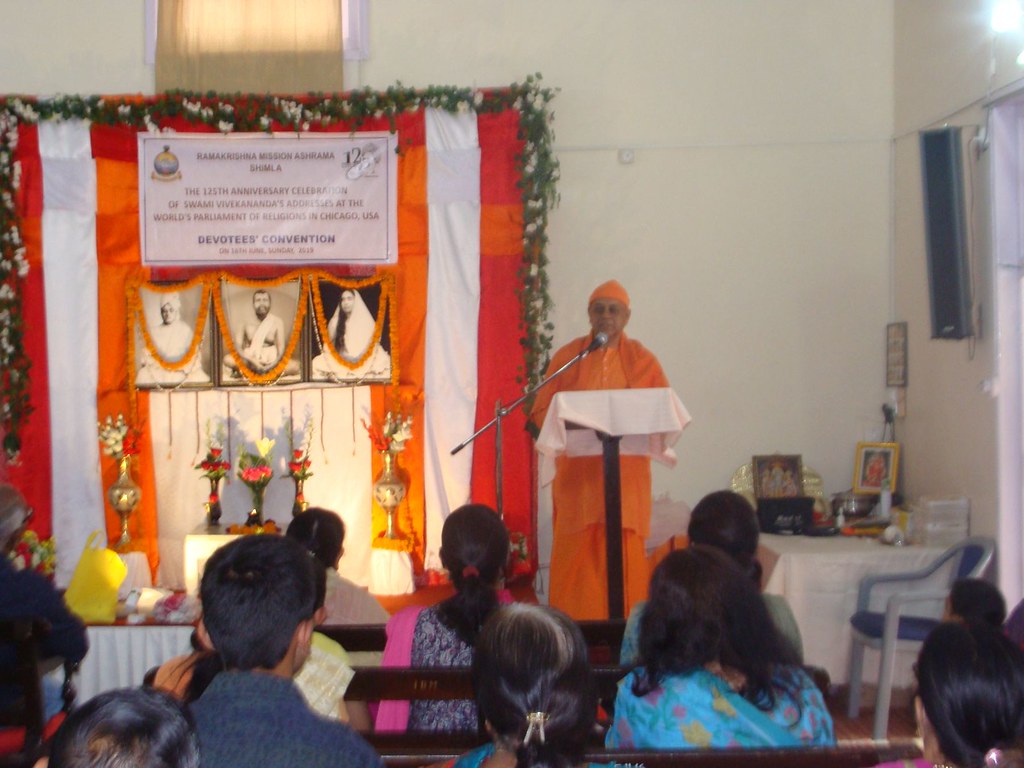 In commemoration of the 125th Anniversary of Swami Vivekananda’s Chicago Addresses, Ramakrishna Mission Ashrama, Shimla organized a Youth Conference (for Degree and Post-graduate students) on 15 June 2019, in which 59 students took part.

A Devotees’ Convention was organized, on 16 June 2019, which was attended by 52 devotees. Swami Atmashraddhananda, Secretary, Ramakrishna Mission Ashrama, Kanpur, mainly spoke in both the programmes.