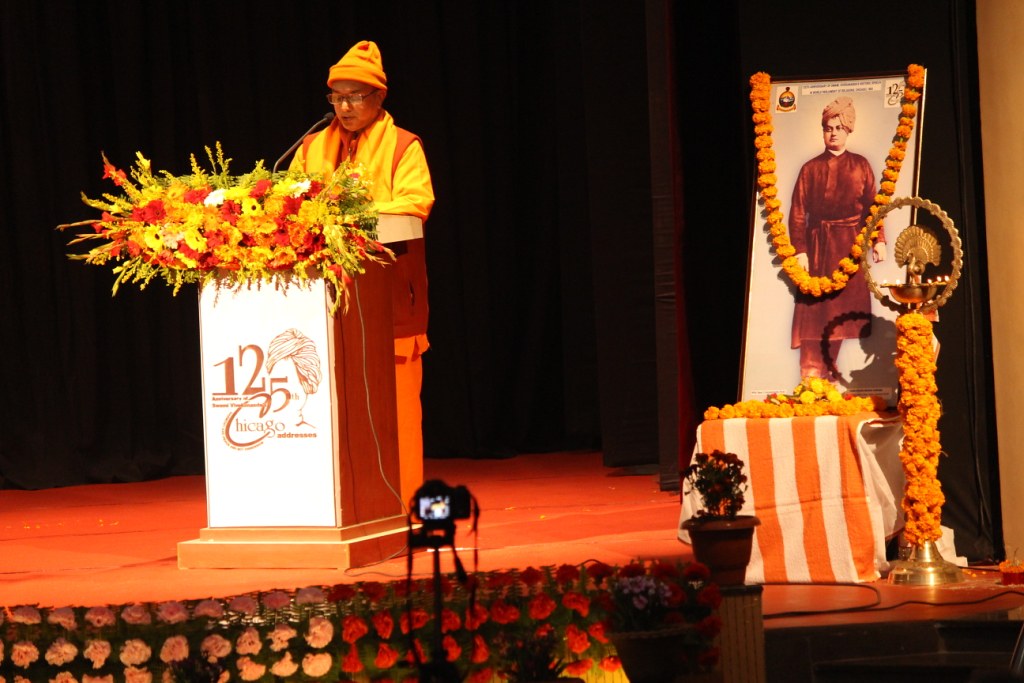 On 12 January 2020:  A Grand Procession was organized in which students, youths, devotees and admirers of Swami Vivekananda participated in large numbers. About 600 people took part in the procession. Sri Hrishikesh Goswami, Media Advisor to the Chief Minister of Assam, inaugurated the Concluding Celebration and flagged off the procession.

On 19 January 2020:  A Public Meeting was organized at Rabindra Bhawan Auditorium where people from various religions and cultural backgrounds attended. Swami Atmashuddhananda, Secretary, Ramakrishna Mission Ashrama, Guwahati presented his welcome address. Swami Balabhadrananda ji, Asst. General Secretary, Ramakrishna Math & Ramakrishna Mission, Belur Math, presided over the meeting. Swami Nikhileshwarananda ji , Adhyaksha, Ramakrishna Ashrama, Rajkot and Guest of Honour of the meeting described the significance of Historic Chicago Addresses. Sri Diganta Biswa Sarma, an admirer of Ramakrishna-Vivekananda and Aurobindo and a translator, in his address, inspired the youth by his thought-provoking and powerful speeches on Swami Vivekananda’s Life and Messages. Dr. Mridul Hazarika, former Vice-Chancellor, Gauhati University and Principal Advisor, USTM University, stressed upon disseminating Swami Vivekananda’s messages among the masses, specifically among the youth. Swami Balabhadrananda ji in his Presidential address said that the universal message of Vedanta was practised and authenticated by Sri Ramakrishna and spread all over the world through the World’s Parliament of Religions. The programme concluded with a vote of thanks by Dr. Bhabesh Kumar Das. The Closing Song was rendered by Sri Mahesh Ch. Baroowa, Asst. Secretary of the Managing Committee of the Ramakrishna Mission Ashrama, Guwahati.

After the Public Meeting, a Puppet Show on “Swami Vivekananda” was performed by the “MEHER” The Troupe, Ahmadabad. About 600 people attended the public meeting and the puppet show.