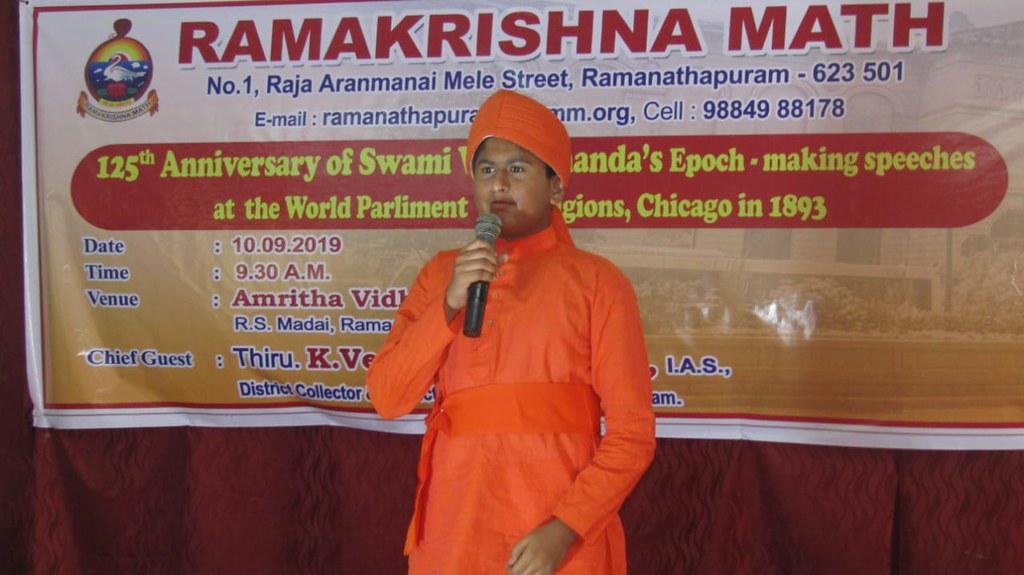 Ramakrishna Math, Ramanathapuram celebrated the 125th Anniversary of Swami Vivekananda’s Chicago Addresses, in a grand manner in Amritha Vidyalaya, at Ramanathapuram on 10 Sep 2019.

Tiru .K.Veera Raghava Rao, I.A.S., District Collector & District Magistrate was the Chief Guest. He spoke on the importance of Swamiji’s speech and his great sayings to the modern youth.

The Parliament of Religions was reenacted by the students of Amritha Vidyalaya along with dramas depicting incidents in Swamiji’s life.

600 students, 40 teachers and 50 devotees and volunteers participated in the function. 2 Booklets containing Swamiji’s teachings & Chicago addresses were given to all.