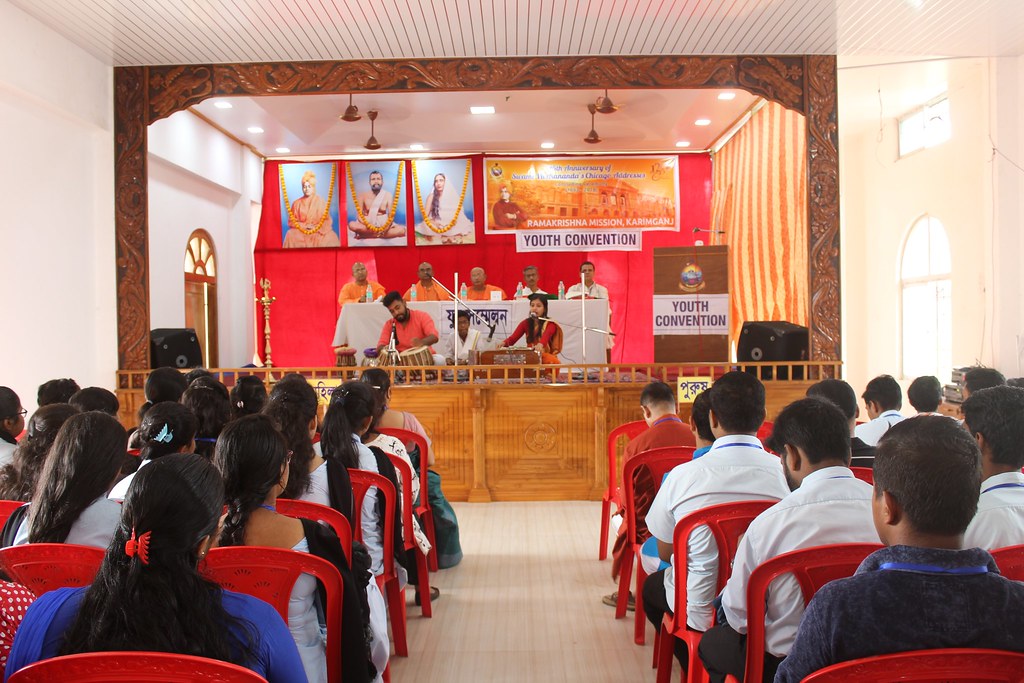 One student from each of the participating Schools & Colleges spoke on the subject.

Devotees Convention was organized on 15 Sep 2019. 250 devotees took part in it. Swami Achyutatmananda, Belur Math presided over the convention. Swami Shantighanananda, Ramakrishna Mission, Agartala was also one of the speakers in the convention.

On 27 September 2019 Swami Ramabhadrananda delivered his speech on the concluding ceremony of 125th anniversary of Swami Vivekananda’s Chicago Addresses.