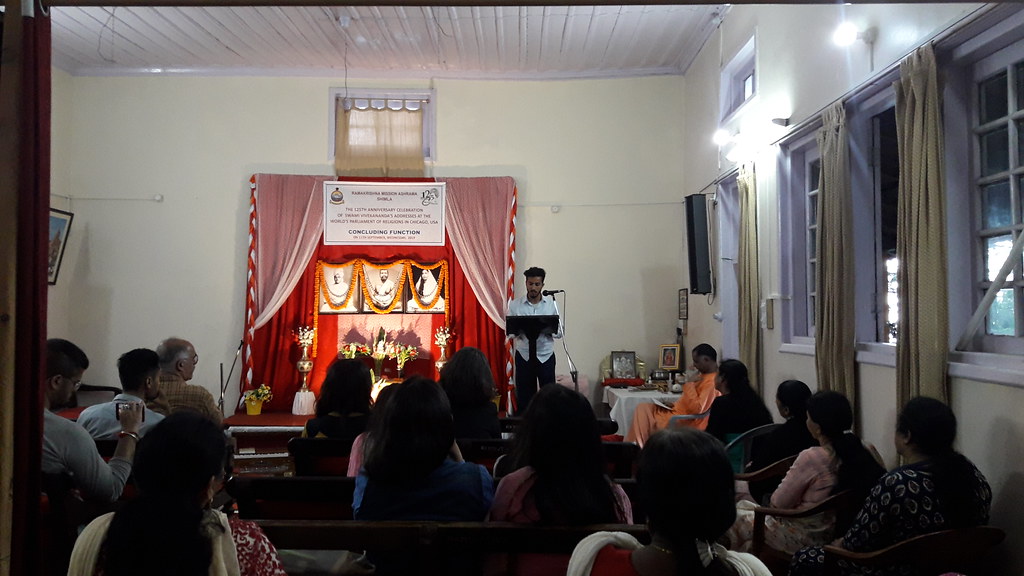 Ramakrishna Mission Ashrama, Shimla has conducted a public meeting in commemoration of the 125th Anniversary of Swami Vivekananda’s Chicago Addresses, on 11 Sep 2019, which was attended by 40 students and devotees.

Shri V. P. Sharma, Head of the institute of Quest spoken english, Sanjauli, Shimla, was the Chief guest in the function. Books on Swami Vivekananda were distributed among the participants.