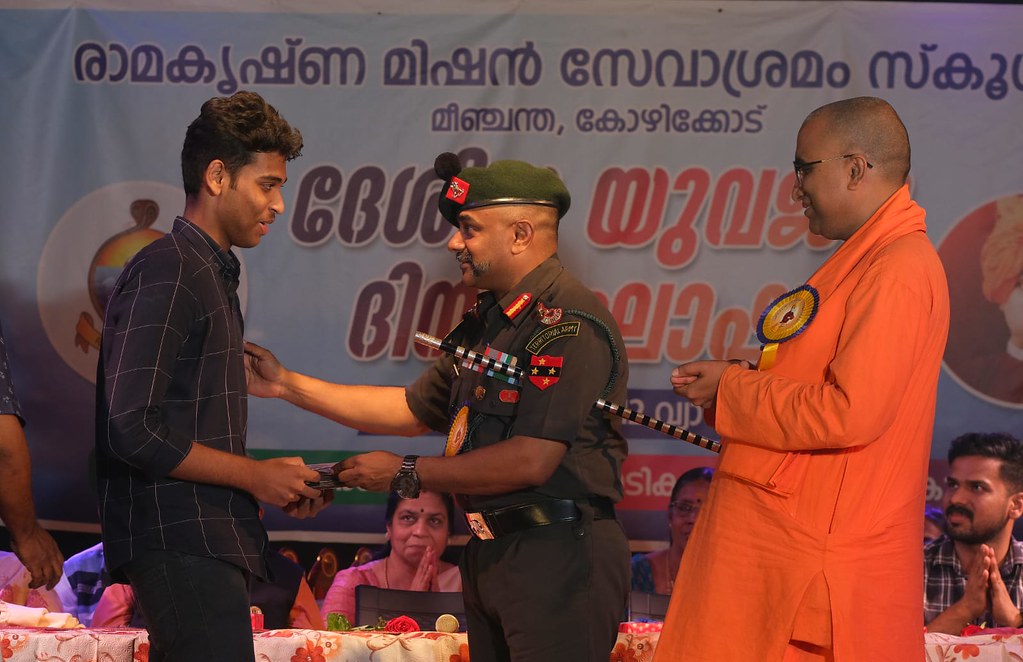 Ramakrishna Mission, Kozhikode celebrated National Youth Day on 12 January 2023. There was a procession on 11 January 2023 in which around 200 students participated. They carried Swamiji’s sayings in English and Malayalam. The procession had the traditional drums of chenda melam. At 10.45 a.m. on 12th January 2023, various cultural programmes including speeches, skits, dance, songs, and a public meeting were held till 10.45 p.m. The public meeting at 4.30 p.m. was attended by the parents of the Indian Army Kargil martyr Captain Vikram, Lt Col PKPV Panicker and Kalyani Panicker; the captain of the Indian amputee Football team, Sri Vysakh; the commanding officer of the Indian Army unit at Kozhikode, Col. Naveen Benjith, and the teachers, students, and parents. More than 3000 people attended the programmes and more than 2000 people had lunch.